When the world changed to wireless controllers there were two major pains in the backside. The first was that you either had to keep splashing out money on batteries and the second was if your controller was rechargeable, you usually ended up still plugging in as you played because cables were too short and your controller would only charge when your console was one. Many years later and now Snakebyte has decided to join the accessories arms race with a couple of their own additions we’ve been lucky enough to get our hands on, the Xbox One Battery:Kit and Battery:Kit Pro. But do they improve on accessories of days gone by?

In terms of build quality, both kits are exactly the same, just that one comes with a larger battery. The casing that houses the battery is made from a solid plastic, and as you can expect is pretty secure, as it would have to be so the nasty acid inside doesn’t leak over your fingers or explode in yo’ face.

The one thing that lets the kits down is the cables used to charge them. They’re both made using a rubber insulation around the wires, and for me, it’s not the best form of protection. A much better material would be a braided nylon cable, which would allow better flexibility, more durability and is a lot less likely to become tangled. The standard kit’s wire is slightly better in my opinion though, not only because it splits off into two at one end so you can charge two controllers at one, but also because it is much longer at 3m (with a 1m split) compared to the Pro cable which measures just 80cm. 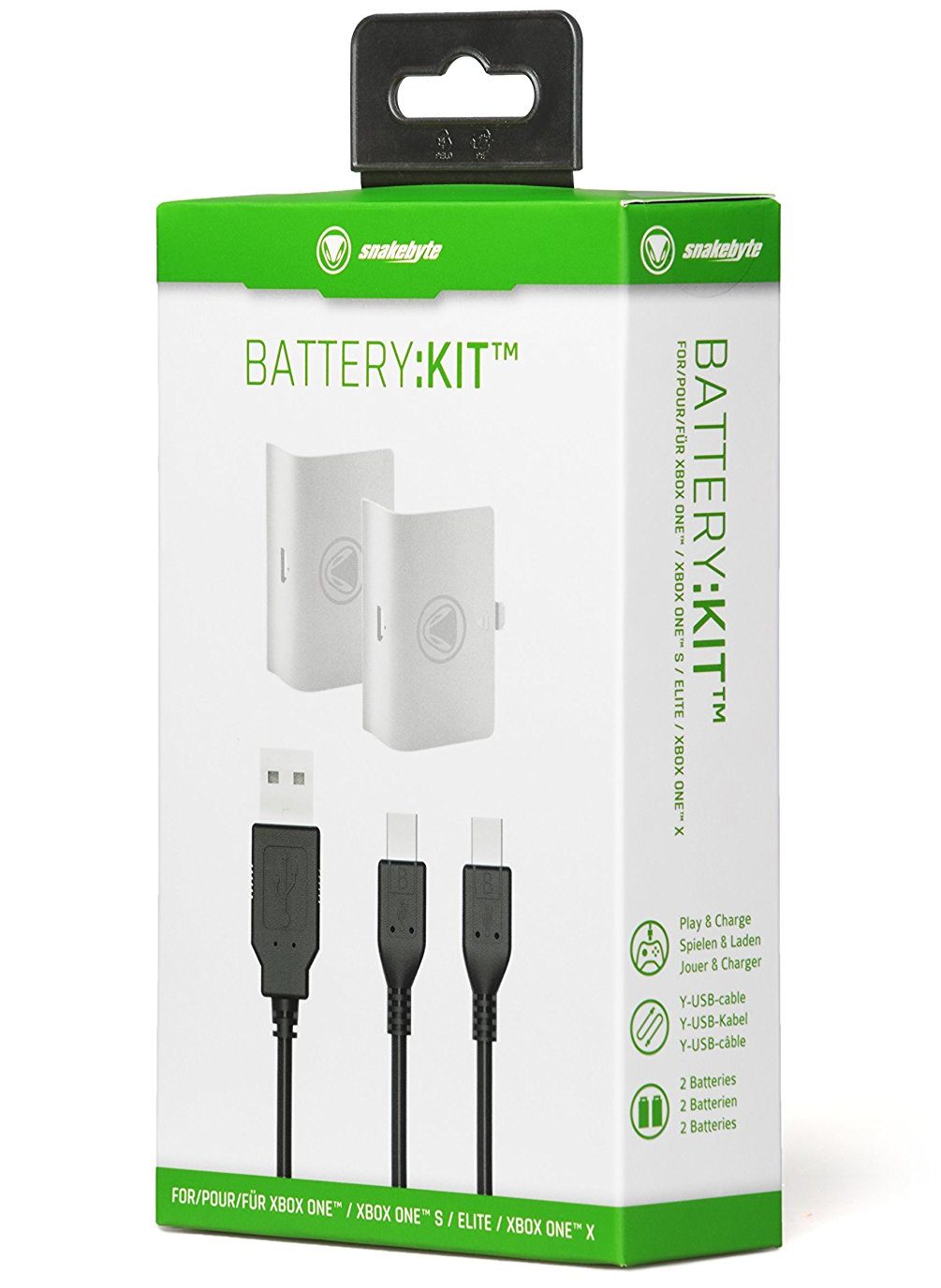 When it comes to functionality, both kits perform exceptionally well. Each of the kit designs is exactly the same and allow the packs to be charged whilst plugged into the controller or when disconnected. The standard kit is the better of the two though personally because there are two battery packs included, so when being used by one person, you can switch the packs over, replacing your dead one with a charged one and sticking the dead one on charge.

The Pro kit, however, only comes with one battery pack so you can’t put the same plan into action although it holds more than twice the charge. Therefore it will last twice as long as the standard one, but you will come stuck when it dies because without a second as a back-up. Meaning you’re either going to have to buy a second pack, or use the short cable and get square eyes as you sit too close to the TV.

Coming to the most important part of it all, how big a hole it leaves in your wallet and whether the hole is going to be patched up with value. When it comes to the standard kit I can’t fault it at all, but the Pro kit could be better. The average price for a standard one is around £14.99 and comes in at £3.39 cheaper than the Pro kit (both priced by Amazon on 23/04/2018). Which when you consider it comes with two battery packs and a length of cable three times that of the Pro kit, it’s cracking value for money.

That said, the bigger battery pack is a nice option to have and I can understand a larger price tag being assigned to them. But, I think they should still sell it with a second battery pack and a longer cable because otherwise, it seems that you’re paying more for less because the two packs of the standard kit produce the same supply as a single Pro kit. 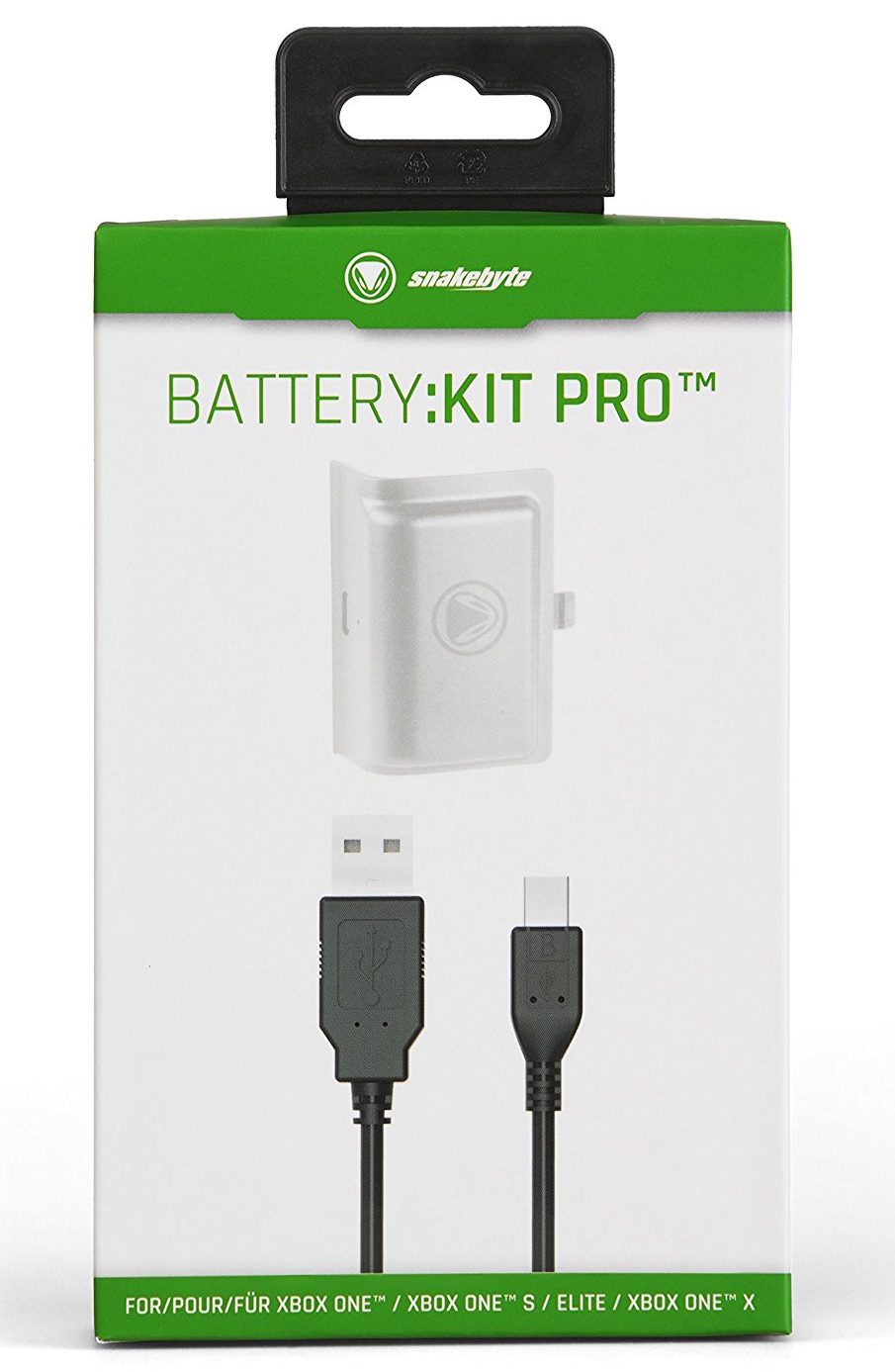 Overall, both kits perform admirably well in all areas, but if I had to pick a better one of the two then I’d advise going for the standard kit. Primarily I say this because it is better value for money having an extra battery pack included, a longer cable and it being a good few quid cheaper in price. The bigger battery pack is a nice option to have, but a second pack would be welcome, and I’m sure people wouldn’t batter an eyelid if they had to up the price in order to fit it in. Besides that, I can’t fault much else except for where improvements could be made with the likes of a braided cable being added and would definitely say these Snakebyte chargers are definitely worth checking out.