The moment a new games console hits the market we’re flooded by a wave of gaming accessories much like the way countries are flooded by the immigrants of war-torn countries. It’s so overwhelming that you don’t know what to do; do you welcome them with open arms or do you send them back from whence they came? Thankfully, we don’t have to call another referendum to figure this one out.

I remember the day the Switch was released; Amazon, eBay and many other massive online retailers became swamped with so many accessories it was almost unbearable, and many of them were the same damn item just with different brand names. One of the more common items were stands; coming in all shapes, styles and colours. We were lucky enough to get our hands on this KJH model from an Amazon seller called Younik.

Before the stand arrived and I opened the box I was expecting some kind of cheaply made accessory, put together with materials weaker than the Liberal Democrats performance at the last General Election. I was pleasantly surprised though to the point where if I had promised to eat my hat if it was that good, then I’d probably still be shitting bits of it out now if I wasn’t having my stomach pumped in A&E.

The stand was almost identical to the official one with the main hinge and a lack of a Switch logo being the only real difference between the two. Personally, the material wasn’t the strongest, but it wasn’t as cheap and flimsy as I thought it might be. Instead, it felt quite sturdy and lightweight. There were parts of it that I thought maybe could’ve been better, like the plastic flap on the inside that acts as the support for the stand. It wasn’t that it didn’t do its job well, but the way it was designed I did have fears that it may give way, that said, maybe I just need to have more faith and stop worrying about the safety of my Switch. 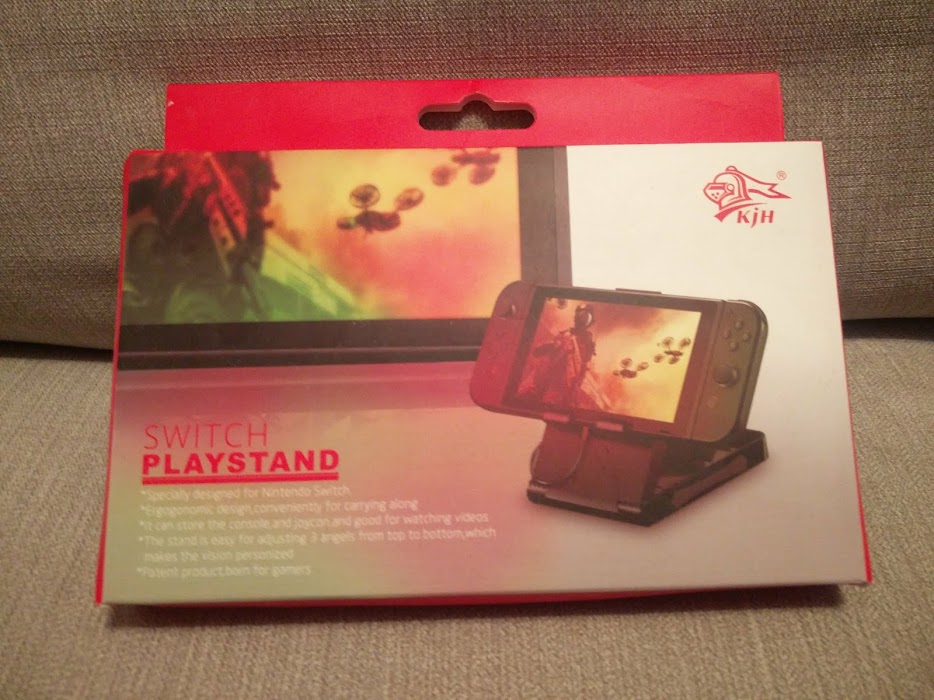 I had to give it top marks when it came to functionality, it was just that good. The whole stand folded up nicely into a compact miniature box-like structure, which was ideal if you were going to travel anywhere as it takes up hardly any space. You then simply lift the lid (front of the stand), pull out the support on the inside and slot it onto one of three angle settings, then pop out the shelf for the Switch to rest on and you’re good to go. You might be thinking why would you need a stand though, it has its own built-in, and that is great don’t get me wrong. What makes this stand better than the little kick-out one though is that the bottom of the shelf where the Switch rests, there is a gap for a charger cable to plug into. So you can charge and play at the same time.

Nintendo could’ve made this accessory irrelevant really, all it had to do was just put the charger port on the side of the console. Maybe there wasn’t space, or maybe they just knew better and wanted a reason to make an additional accessory they could sell to boost profits. Either way, their ‘flaw’ in the design means a stand like this the ideal accessory to carry around with you.

“You get what you pay for” is the usual term that springs to mind when you buy cheap alternatives to the real thing, like the EasySMX U80 smartwatch that Stark reviewed for us some time back, but it isn’t always the case. Take OnePlus for example, they made a cheap alternative to the top of the range smartphones that actually blew the pricier competition out of the water and earned its title as the Flagship Killer. For this

For this Switch stand, I’d say it probably falls in the middle of the two extremes. It’s not bad for the money you pay which is only £9.99 and is probably worth every penny, but having said that, the official stand is the exact same price from the Nintendo store. It’s just common sense really, why would you risk £10 on a brand you’d not heard of when you can get the official stand for the exact same price? You wouldn’t, you only tend to take risks for cheaper alternatives because if the gamble pays off you save money. 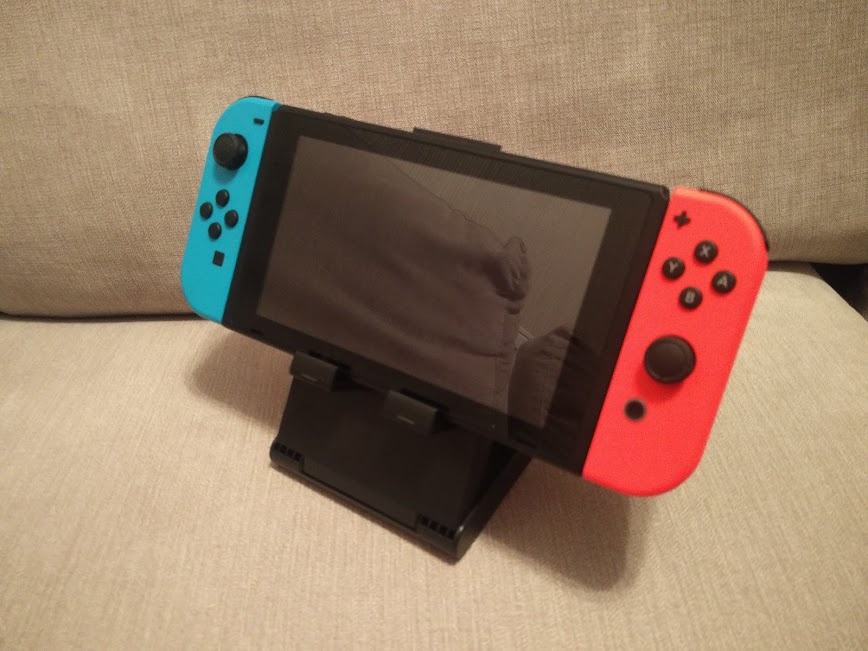 I have to say that I was surprised at the quality of this stand, it was much better than I had expected. It did everything you needed it to; offering steady support, access for a charger cable to be plugged in, various angles to rest your screen at and folded up nicely to be taken around with you. In terms of looks, it isn’t winning any beauty contests if we’re honest, and that isn’t because it’s practically an imitation of the official one, it just could be a little easier on the eyes and that goes for the Nintendo one too. I just can’t get over the price though, I mean I’ve not marked it down massively because it is worth what you pay for it, but like I said when it comes to unknown brands, you’re taking a risk so ideally, it needs to be cheaper when you can get the official one for the same number of pennies. After all, you wouldn’t buy a Daewoo instead of a Bentley if you were offered both for the same price, so why would you do it with your accessories?

If you wish to check the stand out in more detail or read more customer reviews, you can find the KJH Switch Playstand available online in the Younik store on Amazon HERE.