Element Gaming, one of ebuyer’s in-house brands, are mainly known for their gaming peripherals which tend to sit toward the budget end of the spectrum, but they recently stepped up their game when they released their very own gaming monitor. We were lucky enough to get our hands on one of these bad boys and I quickly put it to the test.

The Element Gaming monitor is very much like a fine piece of art; you can admire it from pictures and video footage, but you only really appreciate its true beauty when it is standing right in front of you. With a substantial 27″ panel that seems to have followed the trend of most smartphones nowadays, they’ve used a micro-edge design to utilise the available space to the point that it’s not far off being an edge-to-edge display, and with it only having a 7mm side bezel and 15mm bottom bezel, it means this monitor won’t be taking up much space at all. Which is great because the only real design flaw I could find was the lack of a VESA mount, but being as compact as it is, that shouldn’t cause a problem at all. Even the monitor’s V-shaped metal stand takes up minimal space.

But it isn’t just designed with practicality in mind, it also looks the part too. Everything is kept looking quite sleek and minimalistic; from the bottom up you start with the monitor’s metal stand which matches the monitor surround, I’d say it’s close to a gun-metal grey in colour although I’m no paint mixing expert so you may have to consult a Dulux chart to confirm that. You’ve then got ELEMENT GAMING written in white on the front bottom of the monitor, but I think it may have looked a little better if it had the EG logo in between the words. On the flipside, the monitor has a textured plastic coating in a sandstone black similar to the back of the original OnePlus One. You’ve then got a textured EG  logo on the reverse center, with an HDMI port (a free cable is supplied), a Displayport and DVI port, a power port and, to keep things looking minimal, a small toggle button which doubles as a joystick. The button itself switches the monitor on and off and allows you to open the display menu and cycle through the various options. It’s easy to get the menu up but don’t do what I did and keep pressing the button in to select because you just repeatedly shout at yourself for switching it off again..

In terms of build quality though I can’t find any faults whatsoever. It feels solidly built, on a sturdy stand which in all honesty I thought may not be sufficient enough to hold the screen firmly in place. But despite slamming my desk on many occasions when playing Paladins the screen hasn’t wobbled once. 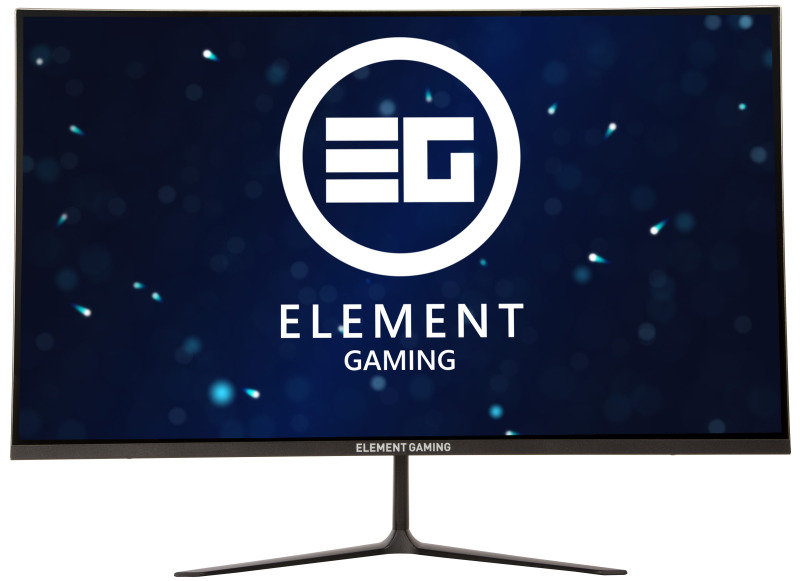 With a QHD display (2560 x 1440), a 144hz refresh rate (you’ll need to enable this yourself) and 1ms response time, saying this monitor was good wouldn’t do it justice. It is f*****g amazing. I’ve always been a console gamer and I knew PC had better graphics and what not, but this here monitor has actually won me over now, to the point where it almost hurts having to go back to playing my PS4 on the TV downstairs. Images are so much sharper, colours brighter and you don’t get any blurring or instability when moving around quickly, whether that be in-game or just working away on your desktop. Obviously, the settings may need tweaking here and there for some people, so don’t go and make an opinion right away about the monitor from out of the box, make sure you set it up to suit you first. Because when you do, you won’t be disappointed.

You even have FreeSync support which like the 144hz refresh rate, you’ll have to enable yourself, but it works great and does help to eradicate screen tearing. Not that I play many games where I have noticed it is an issue, but for the sake of it I did run some higher end games than what I normally play to test it out and you can see the difference it makes. 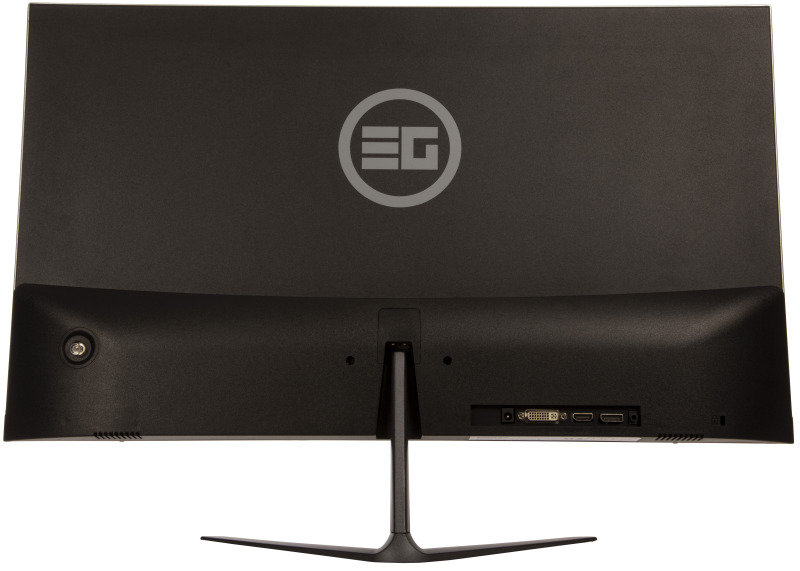 As mentioned above, the monitor does come with FreeSync support, which for those of you who don’t know syncs your display’s framerate to your video card to remove screen tearing. It’s easy enough to switch on using the monitor’s display menu which is accessed with the small joystick button thing on the back, but the menu could be a little more user-friendly in that instead of switching it on and off, pressing the button when the menu opens allows you to select. Because the number of times I forget and switch it off is ridiculous, even though I know that I know not to do it, I can guarantee I’ll do it every time. Otherwise, you have to press left to select things and right to go back, which is confusing as hell from the front of the monitor because you press left to go right and open up more menus, and right to go left and close them. In fact, it’s giving me a headache just thinking about it.

Element Gaming is already known as a budget peripheral provider, as I mentioned up above, and despite costing £269.97, this monitor price-wise sticks it in that kind of category when compared to similar spec monitors. But in terms of the quality of the monitor, it is anything but budget. I have tried and tried, then tried some more to find anything as good as this, that offers as much as this, for as little as this and it can’t be done. I’ve found QHD monitors for cheaper but they don’t have the refresh rate or the response time that the Element Gaming monitor does. I have found monitors that can match the response time and the refresh rates for cheaper, but they don’t have the QHD display. Even trying to find a monitor that looks as good and is as compact as this is pretty difficult unless you’re looking to splash out the big bucks. It almost redefines what value for money is, and proves that you don’t have to splash out big to be rewarded with something of a superior quality. 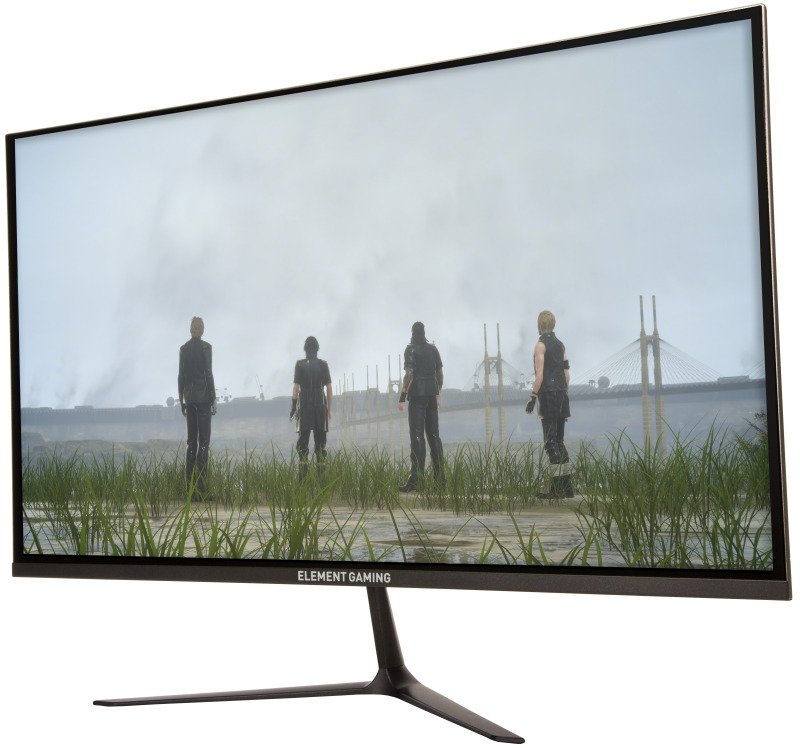 It’s almost too good to be true. To find something like this for this price is just remarkable. Element Gaming is making high-end gaming affordable for everyone. I have genuinely been left asking myself how they have managed to cram so much into such a compact monitor, which at the same time still offers a substantial 27″screen to allow you to enjoy gaming on. The build quality is solid, the design is both practical and aesthetically pleasing on the eye, it offers a QHD display with unbelievable specs, it’s almost like there is nothing this monitor can’t do. Except the obvious, which is to be used on a VESA mount, but you could always do what my brother in law did and essentially no more nails your monitor instead, or as others have in the past, drill into the back of the monitor casing, but I would highly recommend against doing either of these things as you’ll not only void your warranty but you’ll also risk breaking this beautiful piece of kit.

If you think this might be the gaming monitor you’re looking for, then you can find more information on the Element Gaming monitor which is available now from ebuyer for £269.97 by clicking HERE. And if you want to read more of our hardware reviews, then why not click HERE to be whisked away.