You may have seen our recent review of the Edifier S350DB speakers, but bookshelf speakers aren’t everyone’s cup of tea. Fortunately, we’re able to bring you a review for an alternative styled product that still oozes that typical style and quality that Edifier has become known for. I am of course talking about the Edifier S50DB soundbar.

When Edifier state on their website that the S50DB soundbar is the best solution for those with minimal space, you’d probably expect something small and compact. What was sitting inside the box I opened though was almost anything but. Measuring a lengthy 1.13 meters across with a girth of 13.7 cm and height of 11 cm, this soundbar was a bit of a beast, although the elegant kind like the one from the Disney classic. It still took up an awful lot of space though which meant when testing it the other half wasn’t best pleased I had to move all her ornaments, pictures and other stuff that clutters the house just to use it. I guess for some though having a soundbar is a little less restrictive than something like bookshelf speakers as everything comes in one package instead of having to find space for multiple units, and it can be placed on the floor, on a TV bench or mounted to the wall without it being too much of a hazard.

Stepping away from its size for a moment, the rest of the design is beautiful. As with the S350DB speakers, the bulk of the soundbar has a dark brown wood casing (which in case you missed my last review, perfectly matches my floor), with a small silver strip on the center of the front housing a small LCD display and a knob which can be used for volume control. Either side of the central strip are two black speaker covers, nothing fancy just as you would come to expect on most audio device, which is finished off with solid black ends. Underneath then houses two small bumps that act as feet so the soundbar can be angled perfectly to project sound around the room.

The LCD display was great, and is exactly what I think was missing from the S350DB because it was bigger and so much easier to see what it said from a fair distance, but it didn’t overpower the elegant design. Unfortunately, as much as I liked it, there was a small flaw and as this was a loan unit it could be due to being battered around in a box for so long rather than an issue with the speaker design itself, but he front casing that covers the speakers fell off a couple times. Which on one hand was nice to see what was behind it all, but a little embarrassing when you’re showing them off to friends and then they begin to fall apart. 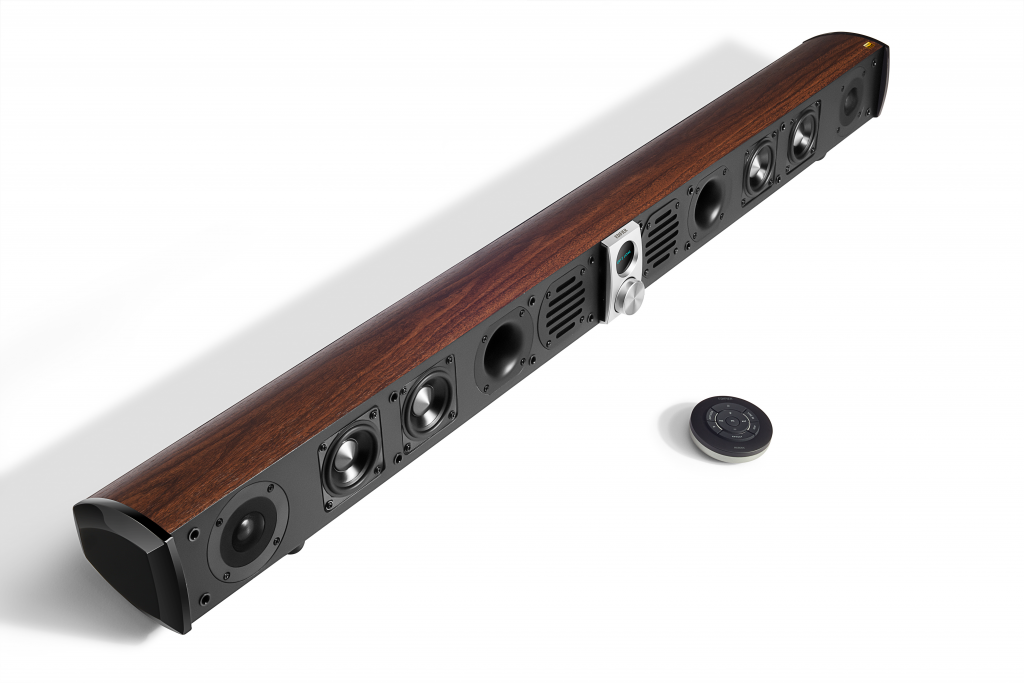 When it comes to the what is ultimately the most important part of any speaker, the S50DB delivers well but not as great as its counterpart. Whist the titanium tweeters offer crystal clear audio with precision, the mid-range bass unit’s 70mm aluminium drivers which are fitted with double lead tube outlines don’t offer the same oomph you get with having a separate sub-woofer (which can be added to the set-up if you wish). So when you get the awesome whoosh noises on TV as the little windows on the football pop up showing you the team, my room no longer shakes as it once did when I tested out the S350DB speakers.

That said, it is still a clear improvement on your standard TV audio as unlike most sets it can handle high bitrate sound and does make life feel that little more luxurious. And what is also impressive is that audio signalling can reach up to 24Bit/192kHz, which as stated by Edifier, helps with “re-establishing wealthier sound detail and unadulterated characteristic sound quality”, all of which contributes to the fact that this soundbar is Hi-Res Audio Qualified.

What’s also nice to see is there are some built-in EQ settings to help adjust your speakers to what you’re watching, which is something I also said would be nice to see on the S350DB which had a built-in amplifier instead. You aren’t flooded with options for all different music genres, just three basic ones, music and movies, two obvious choices, and then the slightly bizarre one, news. I mean, who seriously thinks “you know what, I could really do with adjusting the audio here because the news anchor sounds a little gravelly today”. Surely a better option would’ve been sports or even gaming. But I’m not the guy making the decisions, I’m just the one judging them when they don’t please me or just baffle me.

I don’t think these speakers could be any more functional unless they were some sort of Transformer who could protect your home with lasers and rockets whilst also having a built-in toaster. With everything inbuilt into the one package and numerous ways to connect your audio devices, both wireless through Bluetooth and also through the S50DB’s optical and coaxial inputs alongside inputs for use with other audio devices that use either line in or aux in, you can use this soundbar with almost any device you can think of. And the best part is you don’t have to get up to switch between sources because the soundbar comes with a lovely wireless remote of similar design to the one that came with the S350DB albeit with a different button layout.

This means you can slouch back in your chair, pop on some Ludovico Einaudi, and relax as the music takes you away to a happy place. Before you decide to change over to the news and switch the EQ around so that the sound settings fit more comfortably. Even trying to create a scenario where you watch the news still makes the fact it is an EQ setting confusing to me. Whose idea was that anyway? But the option is there, so yes very functional indeed.

It’s not that it is bad value for money, but considering it is a similar price to the S350DB and the audio quality for me just falls slightly shy of its sibling, I’ve had to knock 0.1 off the score that I gave to the other. Otherwise in terms of value for money it’s exactly the same, not the cheapest you’re going to find, but the quality is there to back up the price tag. Add to that how many different devices you can connect to this thing and that it comes with a free wireless remote, it’s a decently priced package. 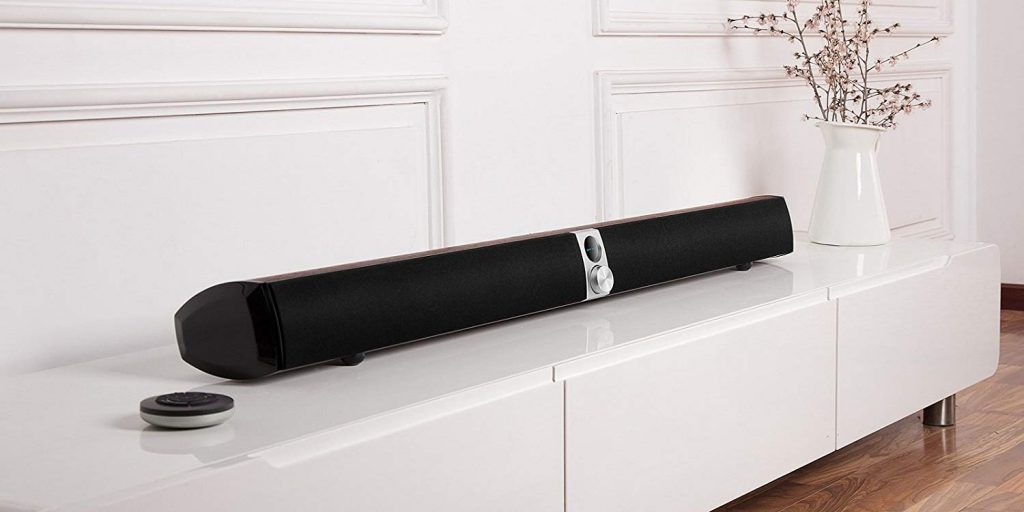 Make no doubt about it, the S50DB may have scored slightly less than the S350DB, but it is by no means a poor quality sound system. Design-wise it looks fantastic, with an improved LCD display even if the speaker covers did fall off, and audio-wise the S50DB delivers just as well in it’s smaller package, except when it comes to the “boom, badoom, boom, boom, badoom, boom, bass”. But that can be easily improved by adding your own sub, although it may take away from the whole idea of getting a soundbar due to having restricted space. It may also be a little on the expensive side for some, but as I’ve said before, sometimes you can’t substitute quality for price, because you will end up with, well, the opposite of this special bit of kit.