Is Cryptocurrency the Future of Gaming? – Advertised Feature

Given the rapid pace of innovation and development today, it’s anyone’s guess what the future of gaming will look like in the next couple of years. Of course, new gaming systems and gear are to be expected, but what other aspects can truly revolutionise the industry? Cryptocurrency? Many have said that virtual reality will completely change the game, but with the recent poor sales, some aren’t so sure.

Perhaps it is worthwhile to explore the potential of cryptocurrency in gaming. After all, cryptocurrency has been getting a lot of media attention in recent years, with the likes of Bitcoin, Ethereum, and Ripple frequenting international headlines. Countries like Japan, Canada, and Germany have already legally approved certain cryptocurrencies as a mode of payment. Here in the UK, cryptocurrency remains unregulated, but trading crypto isn’t illegal.

Moreover, the technology that cryptocurrencies are based on, the blockchain, is already beginning to disrupt different industries. Blockchain and cryptocurrency work hand-in-hand, meaning if businesses are open to adopting blockchain, they would eventually see the value in using cryptocurrency as well.

The rise of crypto in gaming

Already, a handful of gaming brands have joined the growing list of companies adopting the cryptocurrency trend to address longstanding issues of transnational payment. For instance, Atari is working on a blockchain-based digital entertainment platform that will utilise its own cryptocurrency called the Atari Token. The company has also announced its plans of integrating cryptocurrencies for online Atari games.

For developers, meanwhile, the issue of international payment has long been circumvented via third-party platforms like Steam. But for those who want to incorporate in-game trading with a real financial value that may be a more complicated task. This is where cryptocurrency can come in. Because of its decentralised nature enabled by blockchain technology, all transactions across the globe can easily be accomplished, logged, and monitored.

This new system has already been rolled out by a handful of gaming studios. Last year, a company called High Fidelity announced a VR domain called Avatar Island, where users can buy items for their avatars using cryptocurrency. These items are contributed by digital artists all over the world, and the domain’s blockchain system will make it easier to track the history and ownership of each item.

Meanwhile, other studios are exploring cryptocurrency as a way to monetise gameplay. The concept is nothing new, as Twitch streamers and YouTubers are well aware. But those jobs involve gathering a huge following. With cryptocurrency integrated into a game, even a regular player can earn from his or her own gameplay.

Crytek, the developer of the first-person shooter franchise Crysis, is set to launch its own cryptocurrency ecosystem called Crycash. According to PC Gamer’s featured article on Crycash, the digital currency will be used to reward players for completing in-game tasks. With the help of third-party apps, Crytek plans to integrate the new currency in its free-to-play military shooter Warface sometime soon. 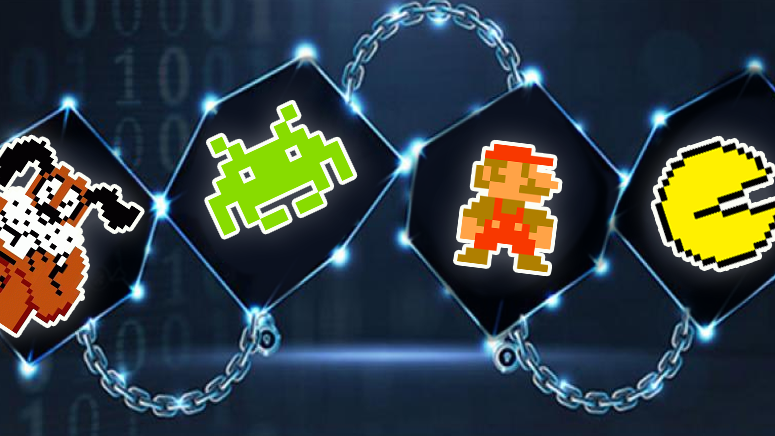 To better understand the growth of cryptocurrency and perhaps, explore other ways it can be used to improve gaming, it’s important to point out other industries that have found uses for it. Naturally, ecommerce companies like Newegg and Alza have added cryptocurrency options as a response to the crypto hype. Tech giant Microsoft is an early adopter, having accepted Bitcoin payments from as early as 2014. Similarly, payment companies like PayPal and Shopify have also opened their doors for crypto-transactions.

However, crypto’s influence has also expanded in less predictable industries. In Ireland, residents now have the chance to win big Bitcoin prizes. Digitalcomp and Lottoland Ireland launched the world’s first Bitcoin lottery, which works similarly to traditional lottos in terms of its draws, but pays the winners in Bitcoin. The system also uses blockchain as a way to transfer cryptocurrency. In addition, you can even buy food with cryptocurrency. An online pizza delivery service called Pizza For Coins allows users to order pizza from the nearest pizza chain and pay using any of the accepted digital currencies. KFC Canada is also known to allow people to order a bucket of chicken online in exchange for Bitcoin.

All in all, cryptocurrency’s expansion doesn’t seem to be stopping, and it’s definitely plausible to see its future in the gaming industry. But like virtual reality, there will always be a veil of uncertainty surrounding it, so we’ll just have to wait and see how far it will go. For more gaming updates, do check out FULLSYNC’s gaming news section.