We all love a new game to play, but today’s marketplace seems to have become almost overwhelmed by remakes of the games of days past. That’s not necessarily a bad thing as the likes of Grim Fandango and Crash Bandicoot N.Sane Trilogy have proved by becoming big successes and on the back of them, there have been plenty more announcements of more remakes to come like Dark Souls and MediEvil.

Some could argue that developers have run out of ideas, others may challenge that by saying they know exactly what they’re doing and are taking advantage of people’s nostalgia to make money. All we know for sure is that these five PlayStation games seriously deserve remakes.

Croc – Legend of the Gobbos

I received this game as a Christmas present all the way back in 1997 and it was one that I spent much of my time on every day after school, and during any free time on weekends. Created by Argonaut Software and published by Fox Interactive, the game follows the story of a young crocodile named Croc who lives in Gobbo Valley, a pleasant land that is populated with small furry creatures known as Gobbos. Unfortunately, the evil Baron Dante and his minions have taken over Gobbo Valley and locked up all Croc’s furry little friends in cages. It’s up to Croc to make his way through various challenging levels to rescue the Gobbos and rid the world of Baron Dante.

As one of the original 3D platform games of its time, I’m actually shocked that this hasn’t already been picked up. Although, out of all the similar type games from that time, such as Rayman and Spyro, it probably had one of the least successful sequels in Croc 2, whereas the others all performed much better to the point that they still have titles being made. 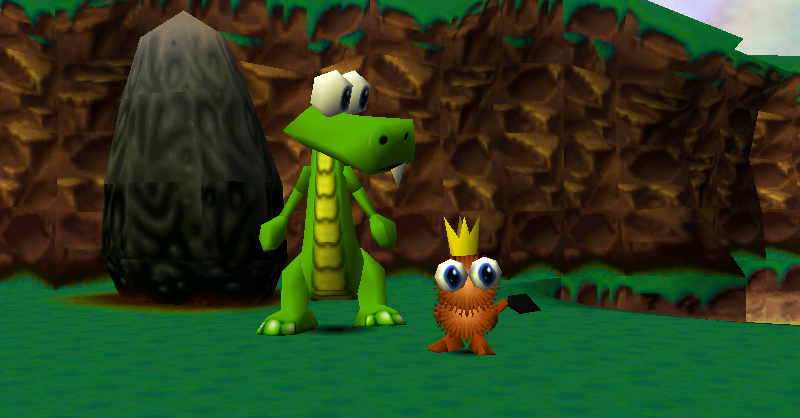 Next up we have Syphon Filter, a 3rd person stealth shooter developed by SCE Bend Studio and released in 1999, which again like Croc, despite an impressive first game had sequels that never lived up to the excitement of the original. That said, the franchise did keep going up until just over 10 years ago when the last game Syphon Filter: Logan’s Shadow was released in 2007.

The main reason I loved this game though was being able to go around with a taser and just seeing people on rooftops falling to their death on the streets. Maybe a little sadistic, I know, but I don’t care because it was hilarious. And if I got to do that all over again in a remastered version, I might actually wee myself a little bit. 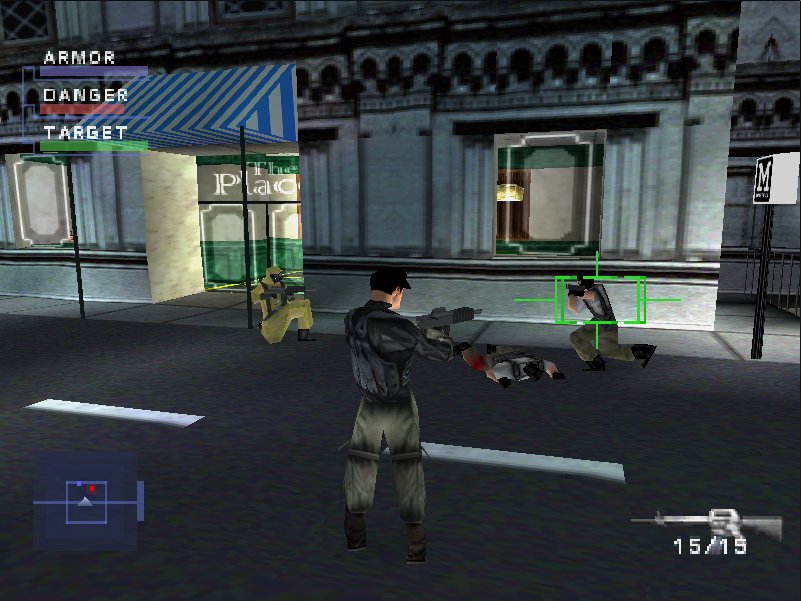 The next game I’d like to see remastered is Amazing Studio’s Heart of Darkness, a cinematic platform game that was released in 1998. It was the first game I played that used such cinematic sequences and had that many that the game had to split across two discs, but it was well worth it as it really brought the story to life.

And for those of you not familiar with the game, the story follows the journey of a boy called Andy who is searching for his dog Whisky, after it had been kidnapped by strange shadow creatures. Equipped with a lighting gun (your guess is as good as mine as to where he got that from), you had to make your way through various levels in order to reunite yourself with your pooch, but with numerous puzzling situations to get through, and waves of enemies trying to stop you, it was certainly no easy task completing this game. 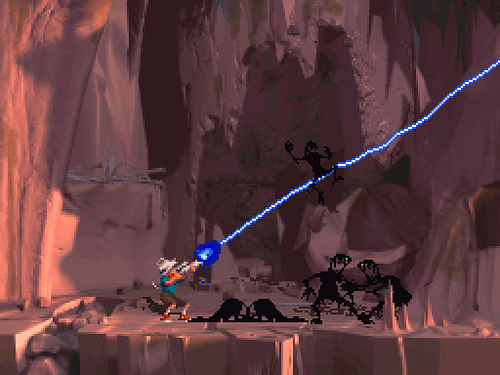 Command & Conquer was probably the first strategy game I ever played but as brilliant as it was, nothing captured my heart quite like Bullfrog Productions’ Populous: The Beginning. Playing as the Sharman of your tribe, you must educate and train your people to wipe out and defend against attacks from other tribes. Building living quarters to increase your population and training centres to create warriors isn’t all you have at your disposal though, as you unlock spells along your journey to aid you in your quests.

I still have this game tucked away somewhere, and reinstalled it on my laptop a few years ago. In my opinion, it still beats most modern strategy games hands down. If this could be remastered and re-released, then the world will be a better place for it. 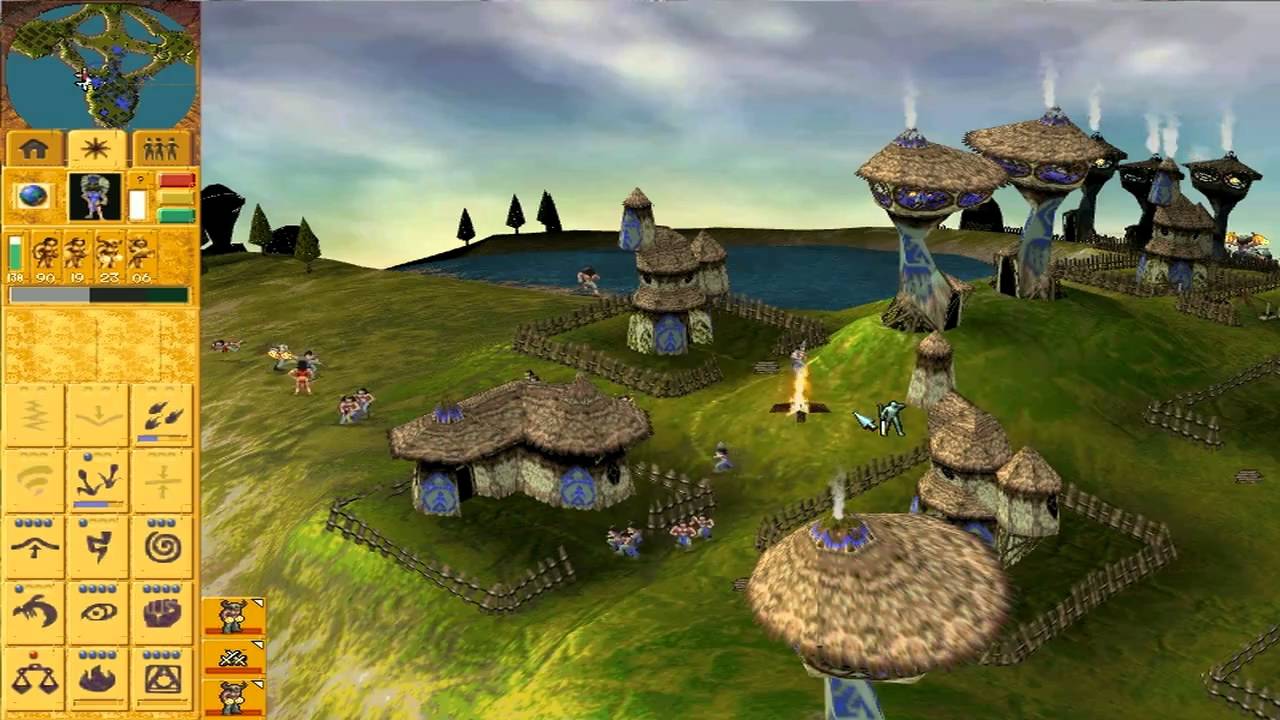 Future Cop: LAPD, developed by EA Redwood Shores and published by Electronic Arts, is the final game to make our list, and in all honesty it’s one that wasn’t particularly that popular, having only reportedly sold 200,000 units. It also only made it into the list due to me stumbling across it on a demo disc before the game came out, but I’m glad that I did.

The game is a third-person shooter in which you pilot a super-powered futuristic mech tasked with policing a crime war that is taking place in Los Angeles in the year 2098. Armed to the teeth with weapons, you can either patrol the city streets as a small hover vehicle or transform into a two-legged war machine. I spent many happy hours playing this in both single and multi-player, but if they did remake it, it’d be good if they introduced checkpoints rather than making you restart from the beginning of levels when you die. 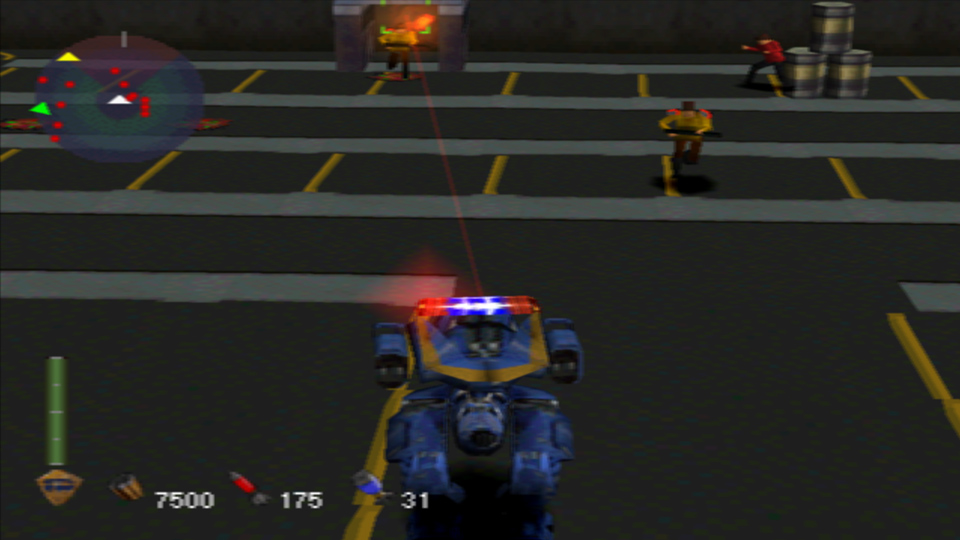 And that’s it for us for Throwback Thursday! Why not let us know if you agree or disagree with our choices, and let us know which classic PlayStation games you’d like to see remade instead by commenting below.