It’s been a busy start to the year; I mean this is our 3rd interview within the space of a week. Slightly different though as it’s the first one not done by Josh as well as being my first ever Q&A. Today’s chat took place with Kaaren Kaer, a game designer over at Levity Play who are responsible for the game Skyfront VR which we covered a little while back (you can read our news about the game HERE). Right, let’s get to it…

First of all, thank you for being involved in our Q&A about your game Skyfront VR, but before we start discussing it, could you please tell our readers a little bit about yourself and your studio?

Hi, my name is Kaaren Kaer and I work as a game designer at a studio called Levity Play. We’re located in Tallinn, Estonia and currently have about 12 people working full-time on Skyfront VR.

And besides Skyfront, how many games have you previously developed or worked on?

Levity Play was formed as a joint venture of two companies. Hypester Games has been doing casual games mainly for Facebook and FrostFX is the leading Estonian VFX company. This, however, is our first VR project, which is both incredibly daunting and exciting.

Short introduction out of the way, let’s get onto your latest game which is currently in early access. In no more than 10 words, how would you sum up Skyfront?

Having checked the game out ourselves online, the premise and storyline sound so interesting, especially with the unique way in which you incorporate your gameplay. How did you come up with the concept and what was your inspiration?

Our starting point was actually the basic concept of zero gravity and having the ability to move anywhere. Since that itself is already pretty sci-fi, everything else gradually grew out of that. Ender’s Game and it’s Battle Room was an early inspiration but we wanted to avoid this dark techy look, which a lot of VR games were going for at the time so that’s how the floating city arena concept came about.

I think it’s safe to say that being set in the year AD 2700, it’s very futuristic with a heavy focus on multiplayer gameplay, so before creating the game, what did you want to offer the public from your product?

We kind of fell in love with the medium of VR and saw it not just as another gimmick but a way to experience gaming in a genuinely new way. Our aim was to create a game that would take advantage of the unique aspects of VR – increased visibility, movement tracking – and create an experience you couldn’t pull off on other platforms.

How does your game show similarities and differences from comparable games in the market today?

In terms of VR shooters, there are successful ‘hardcore’ simulation style shooters like Onward or Pavlov, but I haven’t seen many examples of just quick-to-pick-up fun multiplayer shooters that still offer enough depth for skilled players as well. Think of Unreal or Doom vs. Counterstrike or Arma. I’m sure there will be similar games coming soon, but I think we are one of the first.

Also, most of the shooters rely on teleportation or slide type locomotion, which still doesn’t feel very natural in VR. I think our thrusters-in-zero gravity solution is better and more natural and player feedback strongly supports this claim.

What software did you use to develop your product, and what techniques did you use to combat the feeling of nausea that some people get playing VR games?

We’re working on Unity, mainly because it’s easier to find Unity devs here in Estonia. WWise for sound, 3dmax and Zbrush for models and Popcorn for VFX.

1) Give the player complete control over his/her movements;

2) Do not mess with the horizon level i.e. no vertical rotation;

3) Avoid cramped spaces. Moving near a large surface can be disorienting, especially at high speeds;

4) Soften the impact of colliding with a surface by introducing collision dampening, which slows the player’s movement immediately prior to a collision. 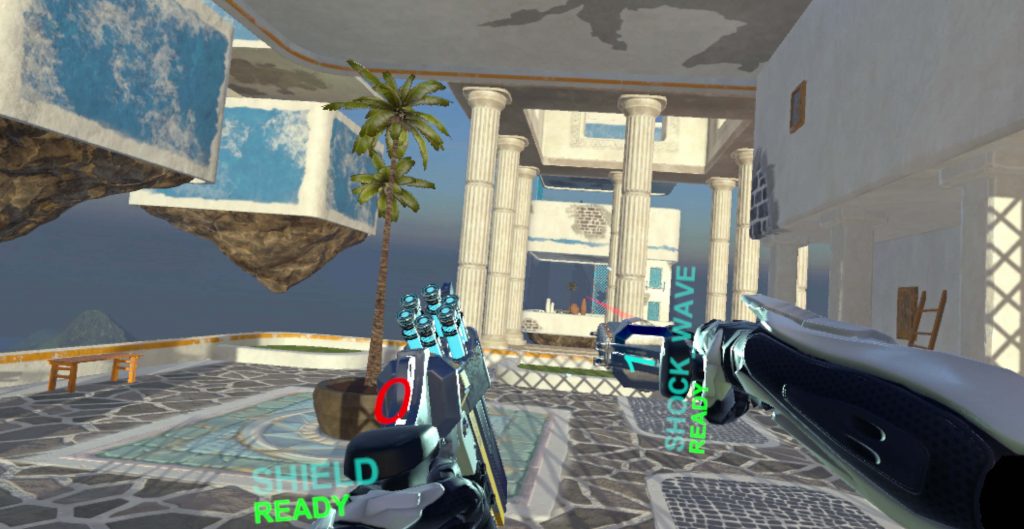 Did you face any problems or challenges during development?

Plenty. For example, we had to completely overhaul our networking. 4 times. Well, it is our first time developing a VR game. Or a shooter. Or a multiplayer shooter.

Currently, your game only supports HTC Vive and Oculus Rift, would you be open to moving your game onto other platforms such as PS VR?

We are open to the idea, but due to the specific requirements of the PSVR ecosystem, it would take a lot of time to make the port happen. And as we’re still Early Access and a team with limited resources we have to concentrate on adding new features and honing the gameplay. For now.

Time for some more general questions. At the moment the VR world is hitting it pretty hard with games being spectacular due to this change in formatting, what inspired you to go down the VR route?

As I said earlier, VR truly seems to be offering a fresh, more immersive way to experience gaming or any entertainment for that matter. It’s not just a gimmick like 3D cinema turned out to be. The technology is still in its early stages, but I think there’s no going back.

Do you worry about the limitations of using VR in your product? As although a badass way to play a game the target audience size is limited to the number of people with access to the appropriate equipment.

It’s something we’re definitely very conscious about. There are several upsides, however. The user base is highly motivated and knowledgeable and very hungry for content. And since the VR dev scene is not as crowded as the indie scene in general, there’s a better chance for a small team with a cool idea to leave a mark. Finally, with the way things are going, I believe the audience will grow significantly over the next couple of years. 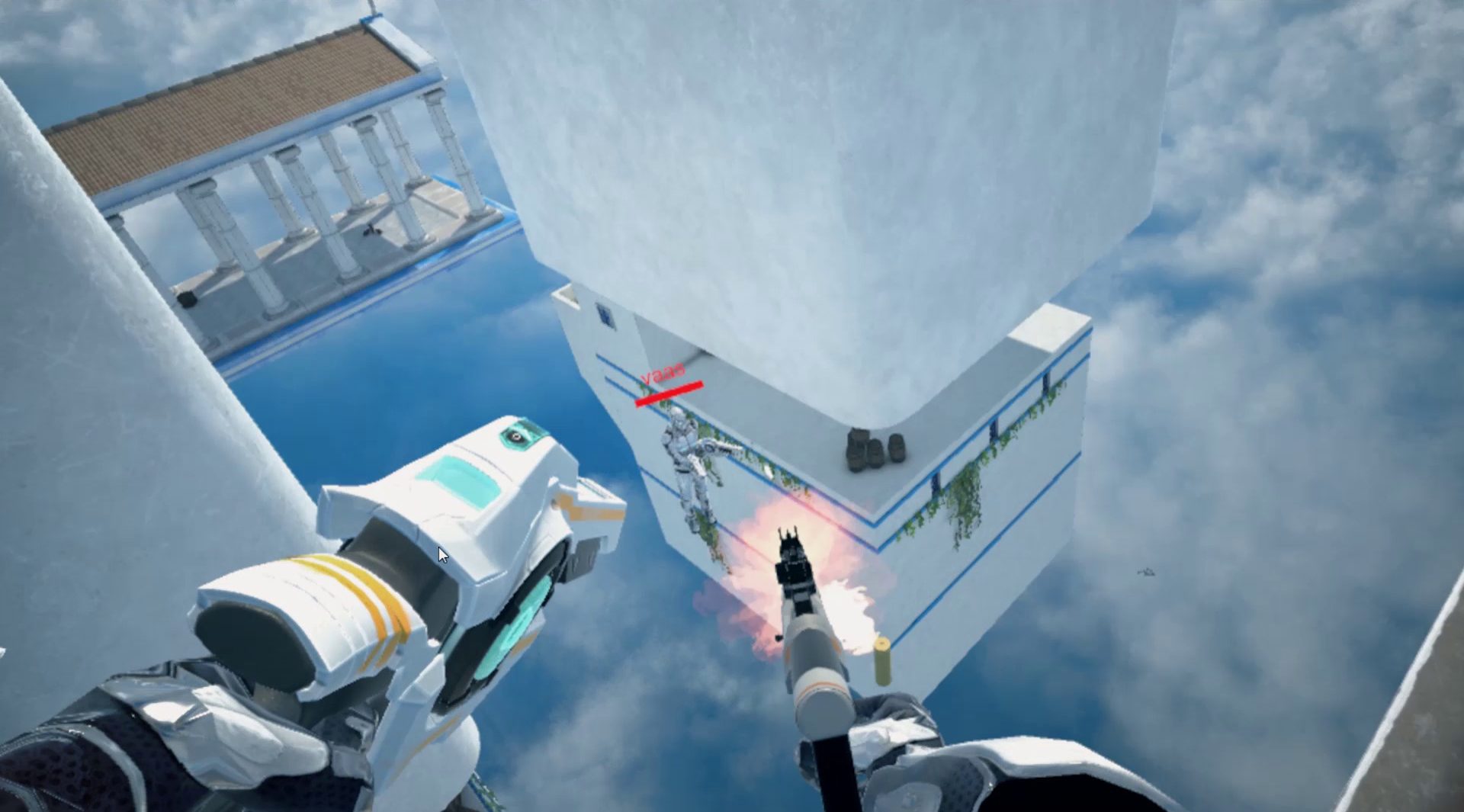 What advice would you offer other people who are looking into developing VR games of their own?

Engage with the community early on, there are a lot of dedicated and very knowledgeable people out there ready to help and provide support.

To be honest, I have a huge backlog of games in my Steam library waiting to be activated, but developing a game, while being a cool job, has the unfortunate side-effect of sucking up all your time and then some. So I’m still looking forward to playing Witcher III, Civilization 6 and Firewatch, to name a few. That’s how I roll.

And finally, just for a bit of fun, what is your favourite animal?

I’m partial to beavers. You hear about animals learning to use tools, but these badasses build freaking dams and divert rivers!

There you have it. Beavers! Who knew?! But seriously, it’s been great chatting with Kaaren and hopefully, those of you with access to VR will be checking this game out sometime soon. As usual, all the links you need to successfully stalk the developers are below along with a short bio. Until next time folks!

Levity Play was formed as a joint venture of two companies – Hypester Games, which has been creating casual games mainly for Facebook, and FrostFX, the leading VFX company in Estonia. Combining these two companies has allowed Levity Play to set out on this epic adventure that is Skyfront VR.