So for this Throwback Thursday, the newest member of the FULLSYNC team brings you a retrospective review of one of his favourite games, F.E.A.R.

Debuting in 2005, F.E.A.R. made a lasting impact on the action-horror genre using Monolith’s
latest game engine (Jupiter EX) at the time. Still standing up today, the game raised the bar of action-
horror to new heights during its release. From sneaking round in the dimly lit corridors to full-on firefights
with enemies around every corner the game did a wonderful job of immersing the player in its
world. Even today there is still a certain experience that you get from playing F.E.A.R. that has not really
been replicated. 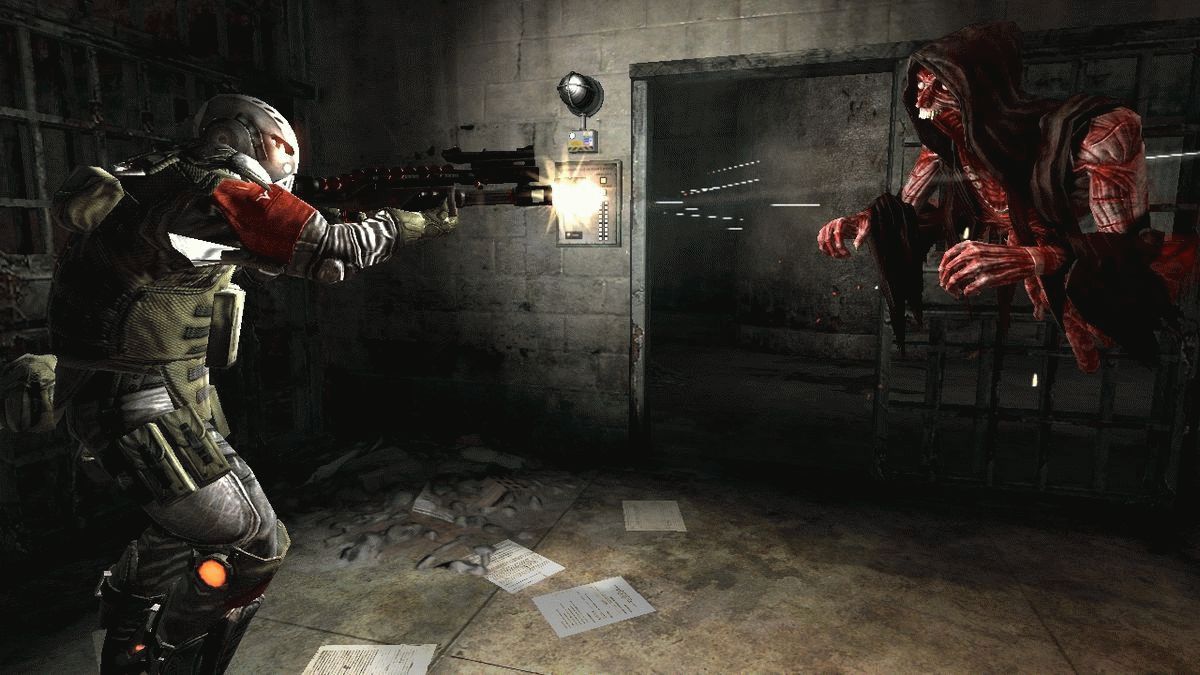 Starting off with a capture mission, the player quickly becomes the last remaining member of their
squadron. After discovering what they are capable of, the game has them beginning to question who
they really are and what their purpose is. Suddenly the player finds themselves alone, traversing dark
and unknown territory. Pitted up against a hive mind of soldiers controlled by a single mysterious man,
the player is forced to fight alone. There are a plethora of handy weapons at the player’s disposal, each
having its own advantage and playstyle. This paired with some of the abilities in the game makes for
creative and engaging combat. Ominous music and unnerving sounds make the player feel uneasy.
Meanwhile encounters with the horrifying “Alma” instil fear into the mind of the player.

One of F.E.A.R.’s strongest achievements is its deceivingly simple AI system. The enemy soldiers
in the game all share one collective mind and move in accordance with one another. This system forces
the player to react to the enemies’ calls and movements creating fast-paced and engaging gameplay.
F.E.A.R. has rightly been praised both then and now for its unique AI design and implementation, which
remains a standout in the FPS landscape still today.

F.E.A.R’s gameplay has a few minor faults, but none that take away from the overall experience
of the game in any significant way. One of F.E.A.R’s minor faults is its rather ordinary level design. Most
of the levels have a very similar layout: the player traverses bland offices and cubicles in most of the
game. Moreover, the finer details of the plot are buried in long text and voicemails, making it tedious for
the player to uncover and understand the finer details of the story. While these few things may provide
some annoyance, they are outclassed by the other aspects of the game. When it comes down to it,
F.E.A.R. is a shining example of exactly what is expected from a strong action-horror title.