This week’s Throwback Thursday article is going to focus on a childhood favourite of mine from the PS1, Rugrats in Paris: The Movie. Now I know what you’re thinking, this game isn’t exactly better than its predecessor, BUT… in my opinion it has slightly more charm and leaves a distinctive memory for a big nostalgic feast. And it is also my favourite so there!

Anyway, after digging out my old copy, checking for scratches and blowing the cobwebs off my PS2, I got to work on capturing that innocent contentment of playing Rugrats! Most games which derive from films have a tendency to be a marmite kind of situation, with this game however the enjoyment and pure nostalgia makes for a steady line on the enjoyment factor for everyone. 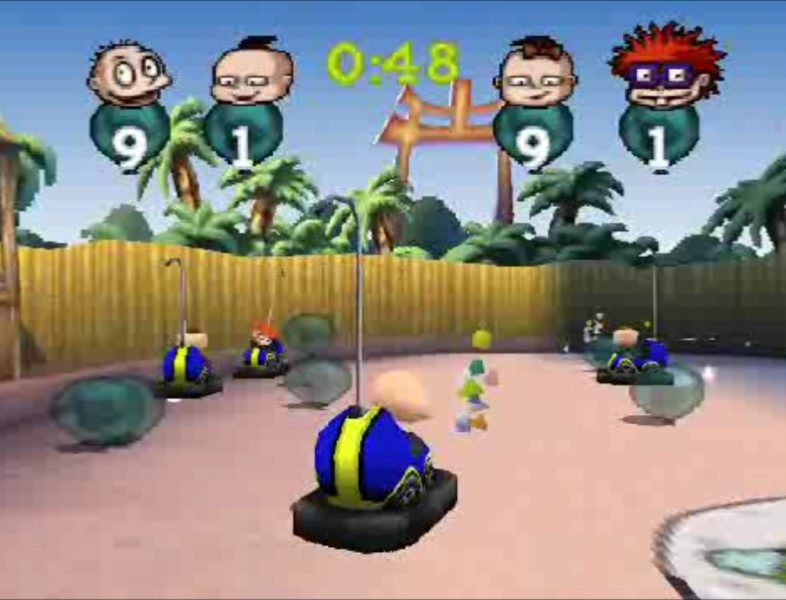 The game itself isn’t very difficult obviously being aimed at a younger audience but despite being significantly older (but not too old) it’s still as enjoyable as I remember. The graphics and the slow gameplay really add to the authenticity of playing something which slaps my childhood right into my face. I won’t lie to you, I enjoyed every second of it, and I think it’s a game I will always think of fondly.

So, to give you a little insight into this gem, the game centres around the babies exploring an abandoned Reptar Land. As you find yourself wandering around you’ll find lots of red tickets which you can trade in for prizes, and you can earn even more as you come across various mini-games dotted about the place. Now to add a twist, THERE ARE ALSO GOLD TICKETS! These are designed to shake the gameplay up slightly because once you have collected 16 you can obtain a mind control helmet which… wait for it… allows you to take control of a robot Reptar, accumulating into a battle with a huge robot snail! 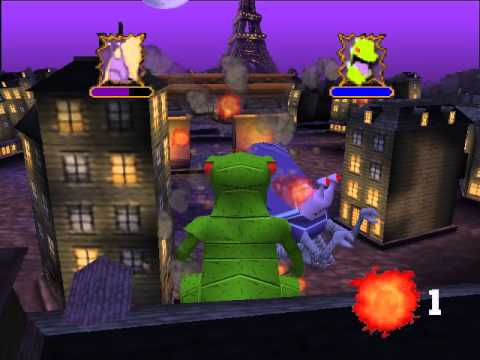 There really isn’t any more substance than this, but for a game aimed at young children; there was never going to be a life or death desert mission to save your sergeant from being made into burgers. It sounds pretty simple but it’s very effective. I mean theme parks with prizes, mini-games and being named after a dinosaur, hell to the yes!

The only disappointing factor of this game is the fact it is slightly slow and does not contain levels just the mere mini-games, not a huge limitation for a child as I’m pretty sure mini golf and bumper cars are ideal to keep them entertained for hours on end! I mean what more could you want at that age?!

Overall this game does not pose a real challenge, nor is it there as something to play when you’re feeling the need for a full-on gaming sesh, but it is a nice game and well worth some consideration. I mean, for its day, as a child, it was pretty awesome!