I can’t remember the last top-down racer I played but the one that sticks in the mind more than any has to be the classic Micro Machines series that was so popular in the 90s. It was such a simple concept, using tiny cars racing around themed tracks that would incorporate everyday occurrences such as breakfast at a dining room table. We’ve come a long way since then though, with games trying to recapture what was once a very popular genre and never really reigniting that fire. So what does Mantis Burn Racing bring to the table?

As with most racing games, there is no real story, but there is a career mode that really helps introduce you into the game and gets you ready for bigger challenges ahead, as well as preparing you to take on other gamers online. It introduces you to pretty much everything in the game from different race types to how you can rank up with XP, as well as how you can upgrade and level up your cars (nope they’re not the same thing). As the first season is the way in which the game tries to warm you up it is a little easy to start with, and so if you don’t pretty much come 1st in every race in the first stage of your career, you should just hang up your driving gloves now, go home, sit in the corner of your room and think about what a shit human being you are. If you struggle after the first season I’ll forgive you for that as the difficulty does increase drastically through the seasons. 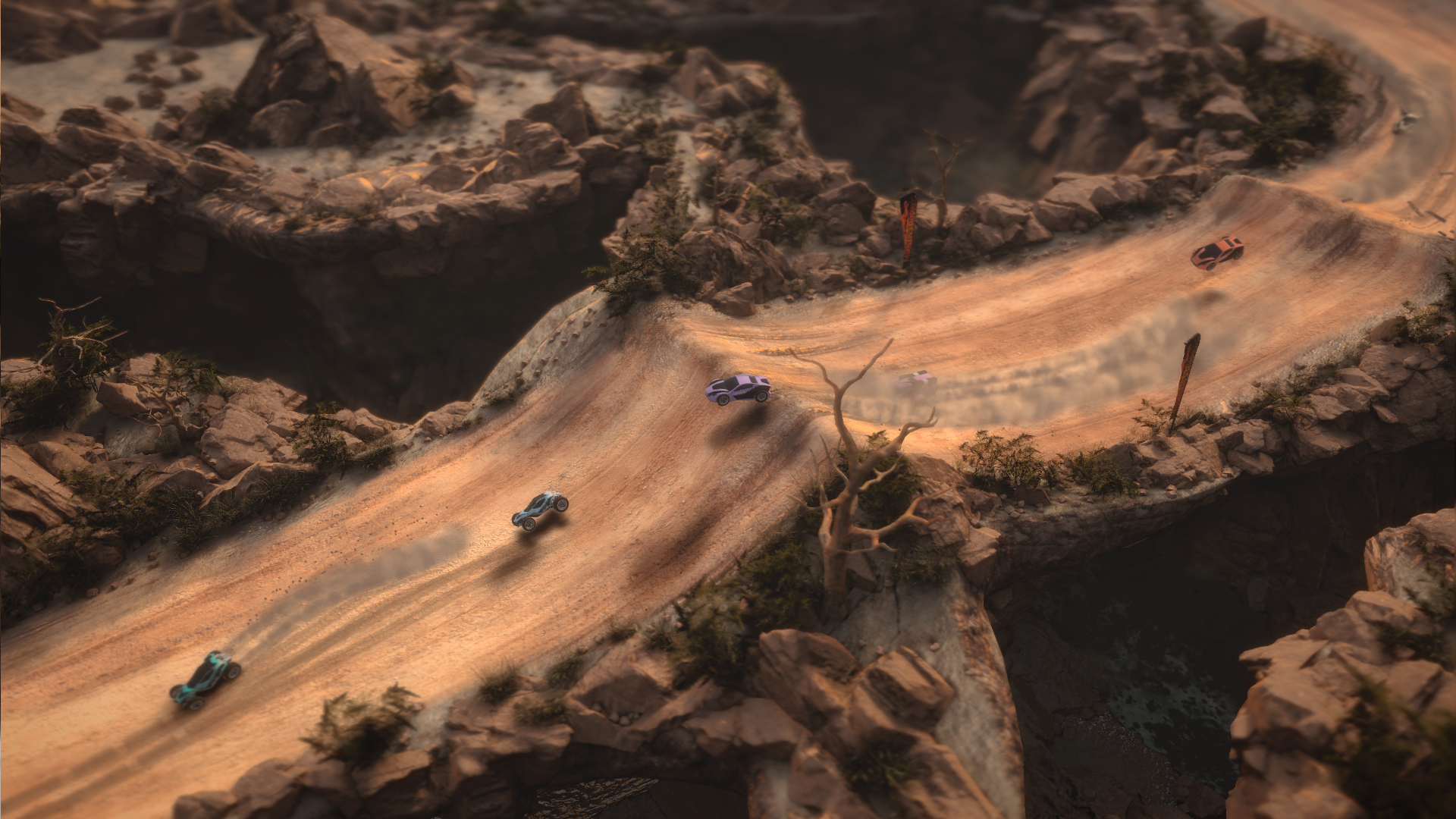 The car you’ll be able to use in each race will be determined by one of two things; its weight and class. The first category is split into three; light, medium and heavy. As you can guess, the lighter vehicles accelerate more quickly, the medium is a more rounded vehicle and the heavy is slower to get off the mark, but its added weight allows it to crash through certain barriers to create shortcuts. You then have the different classes such as rookie and pro, with each level packing a bit more of a punch than the previous, and when you use them reflects the leagues that you’re racing in; rookie cars in the rookie seasons, pro cars in the pro seasons, etc.

There was one negative when it comes to the cars though and that was there is a serious lack of customisation. You get to pick the main colour for your car, a colour for your boost, and the fun stops there. It’s a shame really because when you see how much you can do in a game like Rocket League with decals, rims, aerials and everything else, it shows the potential of how much you can really do to personalise your ride. That wasn’t the only downside to the game though as I also found there to be an issue with load times. It seemed to take an absolute age for a race to load up, and it wasn’t just a one-off now and again, it was a persistent issue. 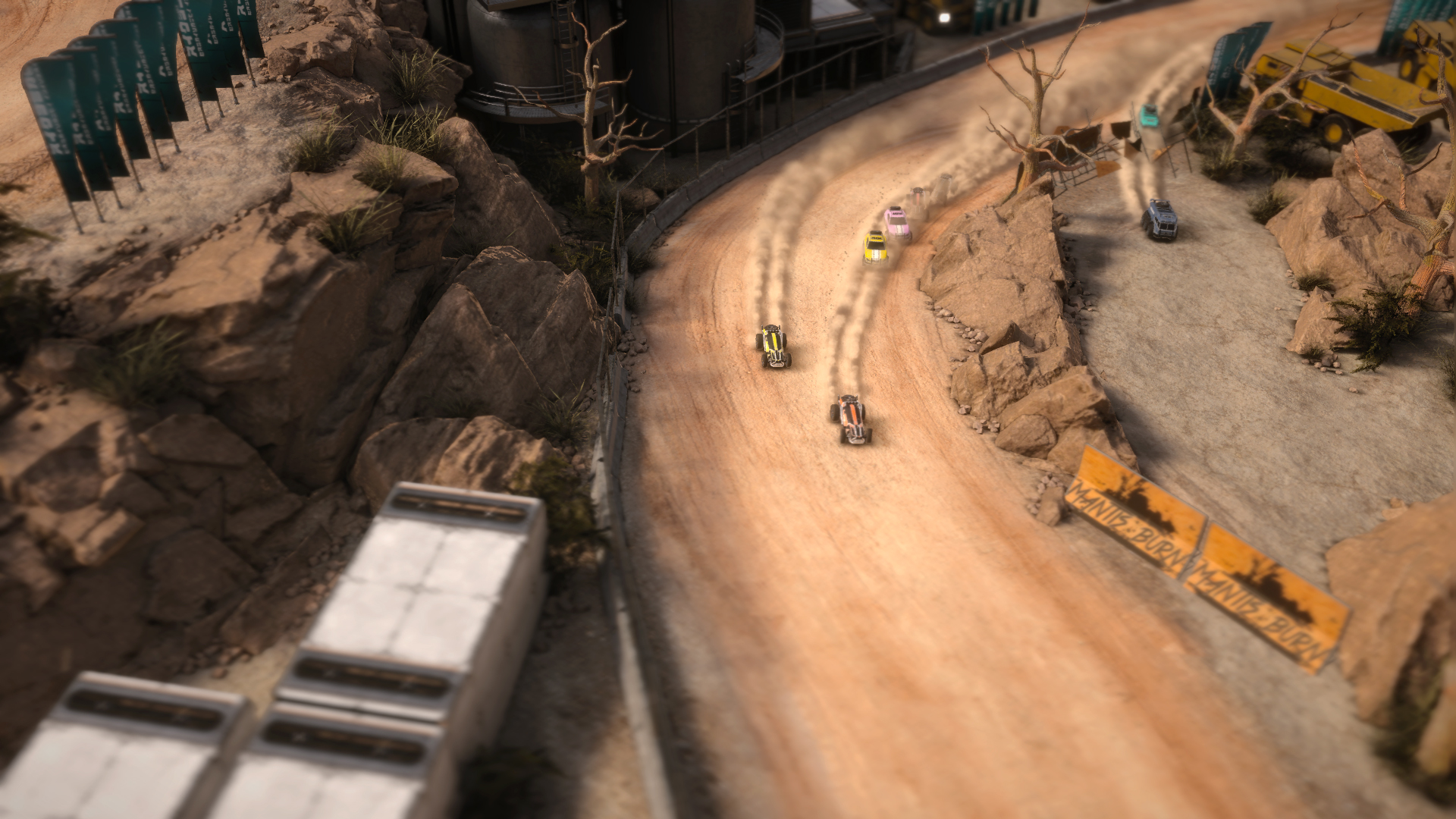 Despite poor load times the rest of the game ran pretty smoothly, both online and offline. Controls were really responsive and there were no glitches during races, although my timing for drifting around corners could use some work as I kept clipping rocks and concrete bollards. Even with my lack of skills, I still somehow managed to make the top 500 rankings on a few of the tracks.

In addition to having a ranking system where you can compete with people around the world, you’ll also have challenges on each race which will reward you with gears. These challenges can be anything from beating a certain lap or race time, drifting for a certain distance or even managing to get some serious airtime. These gears aren’t just a pointless thing to collect though, as they will be needed in order to get you into the final race of each season to take you onto the next one. 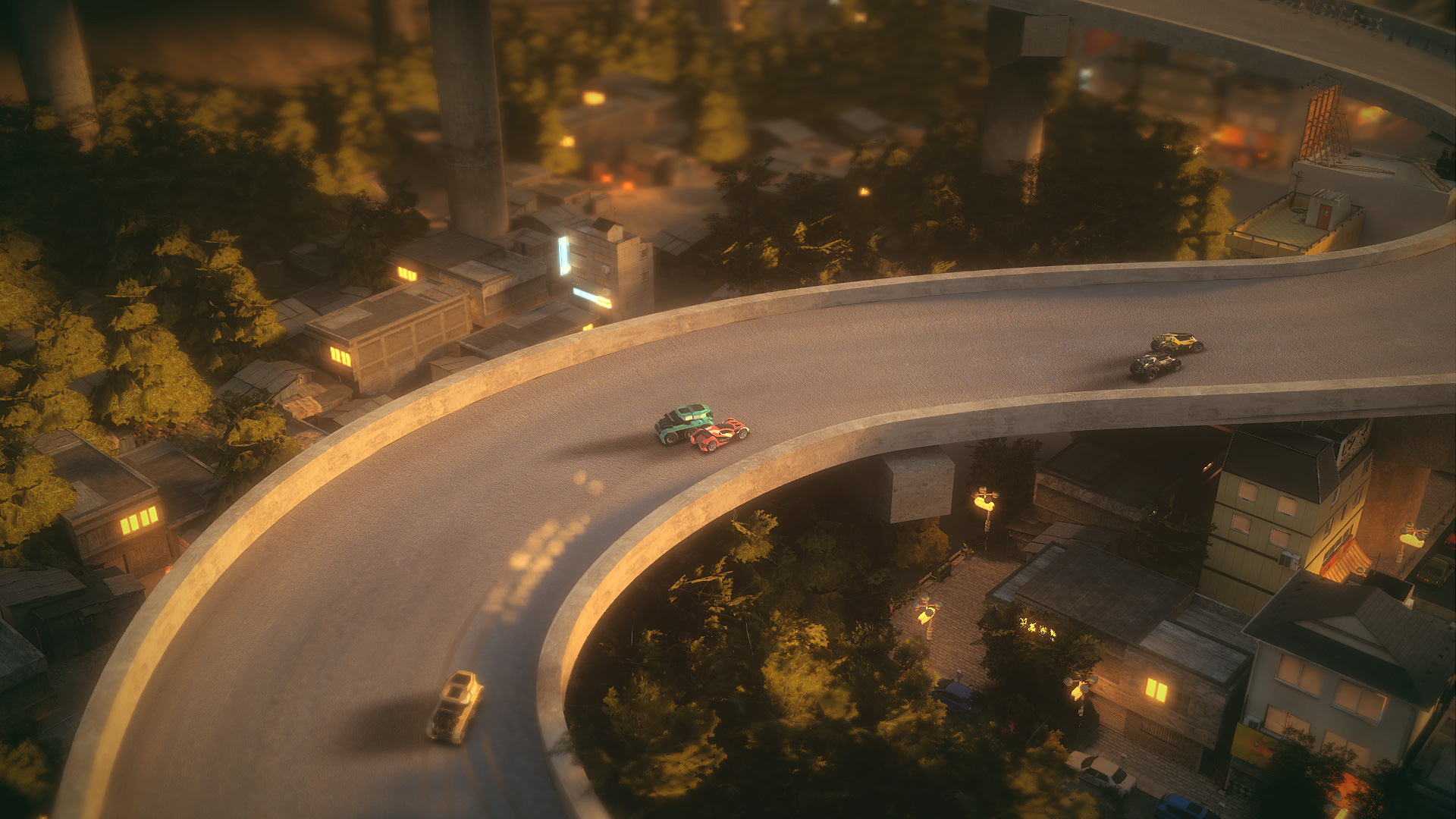 Moving on to the graphics and sound, I have to say the game gets it spot on with a balance of art styles that lie somewhere between animated and realistic. You’ll notice a tonne of detail that goes into all the different environments from dark shadowy caves to well-lit streets that run through city centres and their parks. To complement the graphics is an upbeat techno soundtrack which could do with a bit more variety but makes for good background music whilst I was writing this review.

Overall though the game was well made; it had excellent game mechanics with controls very responsive, and the graphics were top notch too. It’s an ideal game to both play alone and with friends but slow loading times and a lack of customisation options with the cars do mean there is still a fair bit of work to do. In terms of top-down racers though it is definitely one of the better ones I have played in recent years.