Exclusive Q&A with Taz Cebula, developer behind Brides of Vampira

It’s been a little while since our last Q&A, but today we’re glad to bring you the latest in what’s becoming a long line of chats with developers and streamers alike. On this occasion, we’ve been fortunate enough chat with Taz Cebula of Art is Dark Games, and the developer behind VR action RPG, Brides of Vampira. Here we go…

Hello Taz, let’s begin with a small introduction; tell our readers who you are, where you’re from and what it is that you do.

I’m originally from Wellingborough in England, but I’ve lived in Melbourne Australia for the last 17 years. Professionally I’m a programmer, artist and musician.

How did you get into developing games? Was it something you were interested in doing from a young age?

I started programming games in 1984 when I was 11 on a Sinclair ZX spectrum. I used to get a magazine called ‘Sinclair Programs’ and every month they had a program listing for a game.  To my surprise just changing a few numbers in the code drastically altered the gameplay, usually resulting in the player flying off the screen, but I remember finding this incredible. By the age of 14-15, I was doing Z80 machine code and writing full games for Spectrum, Amstrad and Commodore 64.  Later I progressed to a commodore Amiga and got into a 3d modelling package called ‘Imagine 3d’.  Then I became a UNIX programmer and a few years later a Visual basic application programmer.  A few years after that I became a Flash Programmer developing online games.

What experience do you have in the games development industry? Is there anything you’ve worked on or been a part of that our readers may recognise?

I mainly wrote games for online campaigns, for instance, there was an online version of Nintendo’s ‘Wario’ and I wrote some of the games for that and produced a lot of their online flash content, I also did a sonic game for Sega, worked on a Hot wheels game and a few others like PlayStation and Xbox plus loads more over 15 years.

Now we’ve gotten to know you a little, let’s get down to the nitty-gritty stuff. You’re currently working on a game called Brides of Vampira, tell us a little about that.

‘Brides of Vampira’ is a 5 player co-op action adventure game. I started working on it in 2012 and it’s pretty much been my life since then.  Players get to choose from 5 unique characters that each have their own style of ranged, melee and magic attacks. The game starts on the moon of ‘Mordain’ where players first discover the truth behind why the world is falling into darkness. Players must battle their way through hordes of evil creatures and even travel to distant planets to ultimately capture and kill the Head Vampire – Vampira.  I’m hoping to have an early demo late next year which people can sign up for at www.bridesofvampira.com. 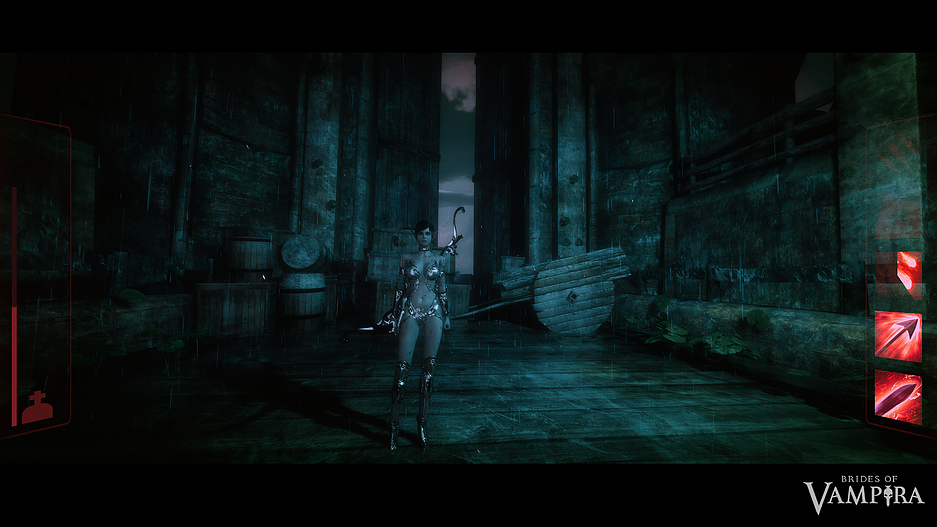 What was it that inspired you to create this game and what influenced the game’s storyline?

There are so many things that have been influences, I watch a lot of old 80’s cartoons and they’ve made quite an impact on the story, I’m heavily influenced by classic films like Star wars, Indiana Jones, Lord of the Rings, but there’s also some Sci-fi elements because I love films like Blade Runner (my fav), Tron and The Matrix, also one of the main characters is a scientist and she plays an important part in the Story, I’m a total science geek and yeah Star Trek too!.  So imagine a world in a different Galaxy with supernatural creatures, magic and a slight element of Sci-fi and you may start to get an idea of what to expect.

I have to admit,  although I don’t own a VR headset it is nice to see that you’ve created a multiplayer VR game as I don’t think there are that much available at the moment. What made you decide to go down the route of creating a VR game?

I was an early adopter of Oculus, so a few years ago I started using it in the game.  It’s really changed the way I think about development especially from a design point of view.  These days I always do my final texturing, modelling and anything visual in VR, because I just find it much more intuitive, I’ve spent 1000’s of hours in VR now.

For example, let’s say I’m working on a rain effect.  In VR you can stand there and instantly tell whether it’s right or wrong because you’re so used to seeing it that way in real life.  For me, it makes creative decisions so much easier, so VR for me has become a valuable design tool too and not just playing.

Do you think you’re limiting yourself by creating a VR game? I mean it could seriously limit the size of your audience, especially when it comes to people playing multiplayer. Or are you planning to have a non-VR mode too for all to enjoy?

The game IS a non-VR game, but it is being specifically built so that people can play it in VR and just to clarify there will be nothing to stop people playing together some in VR others in non-VR, it’s the same game designed for both, but the VR version is 10 times cooler! 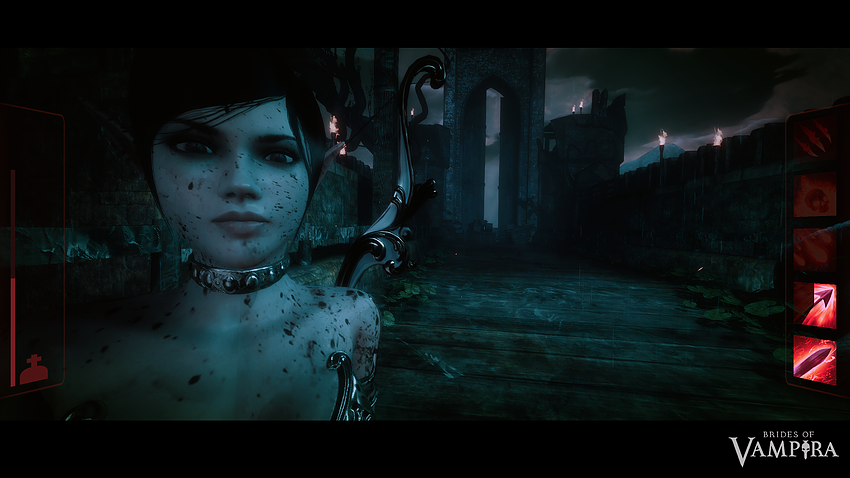 Sorry about the confusion, moving on we have a couple of more technical questions now. What software and systems did you use in order to build your game? Is there anything that you may change when working on future projects?

I’m using Unity3d to create the game and a number of third-party extensions to enhance its graphics capabilities and I also use a few third party editor extensions, plus a load of my own to extend the editor allows me to do most stuff inside the editor itself.  Other than that I’ve built a pretty complex custom framework over the last few years which controls almost all aspects of the game. I find unity is very capable and I can’t see myself changing to something else in the near future.

What kind of issues did you face during the game’s development? Were there any particular bugs trying to incorporate VR into the game?

Occasionally there be a bug in the engine or a problem with third party plugins some of which I’ve fully replace myself, but there’s so much to work on I usually just move onto the next thing and wait for a fix. Depression can be a problem sometimes, I’ve been working on this for over 4 years now and it will no doubt take a few more years to complete, so I’ve got different ways to shake things up, for example I’m in a Grunge band called ‘Nukeateen’, so when development becomes too much I spend time working on my music.

And following on from that, have there been any parts of the development so far where you thought you’d really achieved something?

I spent 6 months writing my own climbing system, which allows you to climb up any shaped geometry including moving bosses – that felt like an achievement, I’ve also developed a very efficient sub engine that control’s animations, events, fighting, projectiles, physics you name it, the whole game is built on that system. 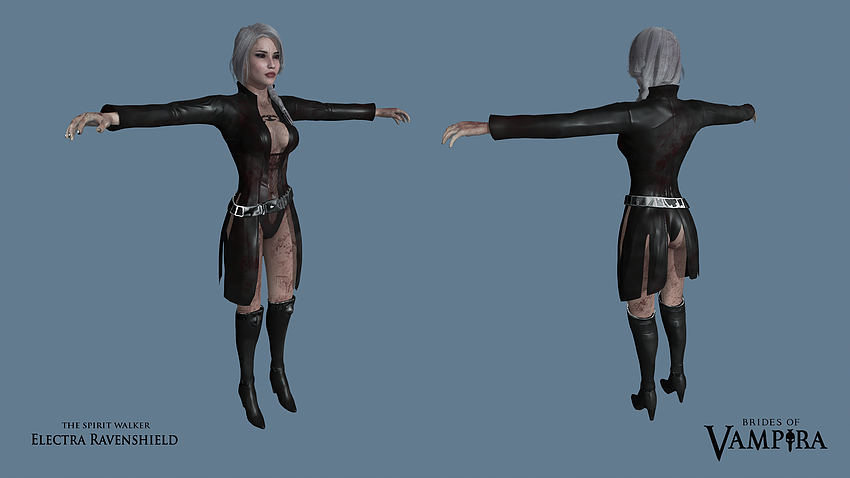 Just a couple more general questions to tie things up; firstly for people wanting a career in game development who have no experience, what advice would you offer them? Are there any particular pieces of software you would recommend?

The best advice I can offer would be – just do it as much as you can. Live it, breathe it and get really good at it, but most importantly have fun!

As far as software goes, learn all of the popular software. Game dev’s mostly use:

Time for a bit of a topical question. With the popular rise of eSports, we’ve also seen an increase in the number of people who actively gamble in and on computer games. Do you think more needs to be done to protect children who could be easily targeted by in-game gangs looking to exploit them?

Probably, parent’s really need be aware of what games their kids are playing.

And finally for a bit of fun; what would be your ideal holiday destination?

Mars if I could just work out how he grew those potatoes in the Martian.

And that concludes our conversation. If you enjoyed what you’ve read and are intrigued by the game, don’t forget that you can sign up to help test the demo when it becomes available, just head over to www.bridesofvampira.com. As usual, we have all the links to everything you could possibly need below, so go show Taz some FULLSYNC love and follow his game on social media.