In the world of RPGs, few games have made as big an impact as World of Warcraft or Diablo. These two titles have forever changed the landscape of gaming in the genre, with many titles having to take inspiration from them, and often times ending up almost copying from them. The main problem with this is that entry of ambitious games is limited and almost killed off entirely, simply by the prospect of having to face off against these established Juggernauts. Thing is, some RPGs do manage to get through, and some have also become gems of the whole genre.

A great example of a very well executed RPG which shows its inspiration from Diablo but makes itself respected as its own game is Victor Vran. Victor Vran is an isometric RPG which was released quite some time ago, around two years to be exact, but has been re-released in an “Overkill Edition” recently for consoles. The game focuses on the main character, titular Victor Vran, and his quest to slay as many demons and bad guys as possible. In order to do this, the game gives you whatever means possible on your journey. It also gives you the possibility of teaming up, either online or locally. Local co-op is a blast; I have been playing it with my girlfriend, who seems more enthusiast to play than I am, amazingly enough. She’s even called me Victor a couple of times, jokingly. I hope anyway.

The game starts with a not-so-brief cut scene, which explains the neighbouring areas which Victor finds himself in, and after this is over the combat starts. You begin with one weapon, a sword, until you start killing enemies, which in turn will start dropping the sweet, sweet loot the game is chock full of. Swords, Scythes, Rapiers, Shotguns, Hammers – you name it. The game has it all. And each weapon behaves differently too, so you can tinker about until you find the perfect weapon for your playing style. Like kiting enemies with guns? Can do. Smashing through oblivion with your mighty hammer? Check. Feeling like a professional fencer swashbuckling through enemies and dodging every attack? Roger. Combat is amazing fun, and with the plethora of weapons you can find, it never gets boring. Moreover, each weapon has two separate abilities with very short cooldowns which can turn the tides of battle with one execution. These special moves are not simply an enhanced attack but can vary from a dash to a massive hammer smash from above (I’m looking at you Giant Hammer) and are quite pleasant to look at since the animation is top notch. At level six, if I remember correctly, you will unlock the second weapon slot, which will let you carry two weapons and swap between them. This is very handy for who, like me, likes to carry a ranged and a melee weapon, so that you are prepared for every situation. Melee only players will still get use out of this, since as mentioned earlier, each weapon has its own traits and strengths, so swapping your main weapon to accommodate a different type of enemy is an acceptable strategy as well. 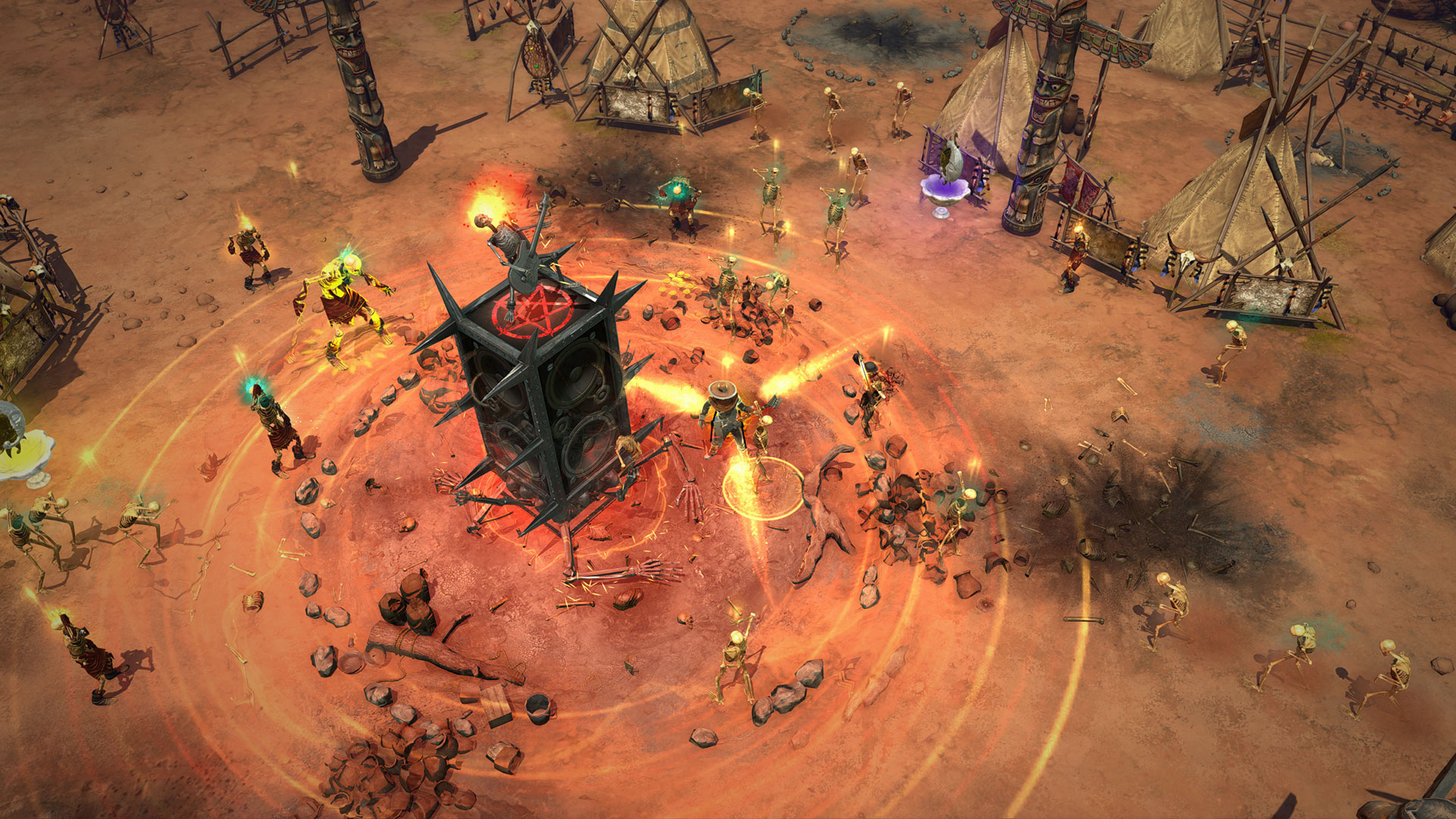 Apart from weapons, combat also features Demon Powers. These Demon Powers are unlocked fairly early into the game, and are also found through item drops, same as weapons and other items in the game. Demon Powers, as the title suggests, are special powers which can only be used when the Overkill gauge is full. The gauge is filled up when Victor is attacking enemies, and fills up at a moderate pace, so the ability cannot really be spammed, which is a good thing. The abilities, of which there are quite a chunk of, are quite powerful but cannot save the unsaveable, so prepare well and use these abilities to help you tear down waves of enemies, not keep it as a last resort before throwing in the towel. The meter will also start decreasing if a long period occurs between combat, so if you have a full meter, it is best to fire away, if there are enemies coming forward anyway.

Another aspect of the game is Destiny Cards. These are items which, early in the game will make you rip all your hair out because you cannot decide whether to equip a +250 health or a +20% damage. Seriously. Destiny Cards are one of the best aspects of Victor Vran, since they permit you to modify the combat strategy however you like. Minimise health and maximise ranged damage, for example, will result in long range sniping all day. Maximum health and critical damage will transform your character into a hard hitting tank, without reasonable fear of being taken down before the enemies are dead. You will seriously rip your hair out, because in the beginning you will have only two slots, and waves upon waves of cards will fill your inventory. The problem (not really a problem because I love the concept of being spoilt for choice) is that all have good bonuses, so you have to study long and hard and decide which ones you should equip. As more slots become open, you will gradually learn what is suited for your play style, meaning that the game evolves with you and you will in turn evolve with what the game throws at you. It is one of the selling points of the game, and reiterates well the concept of never boring the player out. It works wonders. A narrator also accompanies the adventures of Vicky, as he decides to call you after some thinking, throughout the game, and save for some phrases which will make you cringe, like a “I used to be a hunter like you.. Then I took an arrow to the knee” one he mutters early on, he is quite a charming guy. His voice is anyway. 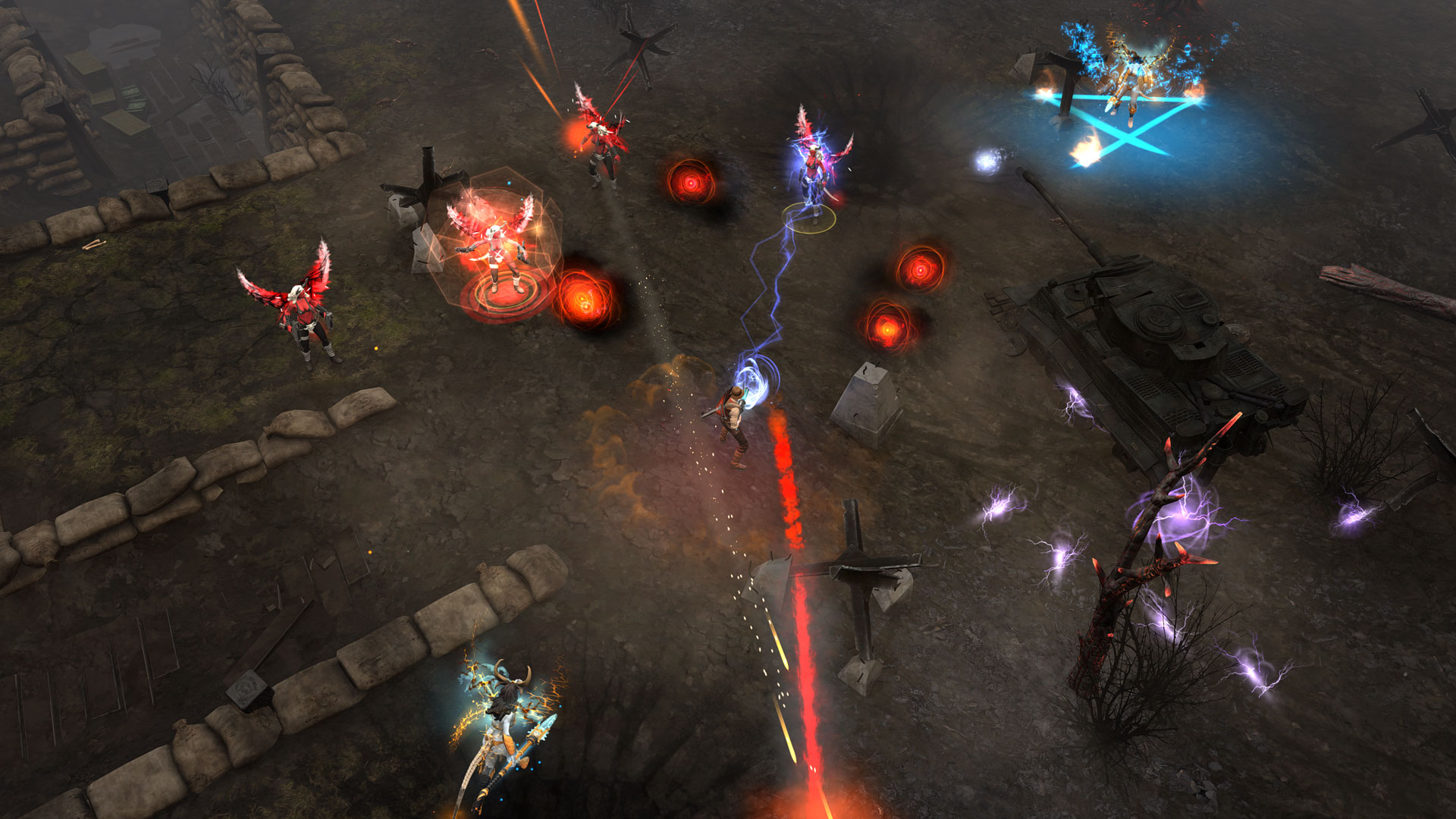 In terms of graphics, the game’s looks and environments are gorgeous. Enemies are terrifying if you stare at them long enough, and even though the game gives a sense of darkness and low light all around, the world still feels full of life (with skeletons and undead pyromancers ironically). The options to customise Victor all have an effect on his appearance, and nothing ever feels out of place. Even an oversized hammer fits nicely on the back of our hero, as well as a tiny Rapier sword. Haemimont Games really have done an excellent job on Victor Vran, and I sincerely hope that Victor Vran manages to carve its own path in the RPG genre. It is not an easy task to accomplish, but with a game as good as this, this will probably not be the last time we hear of Victor Vran.

Victor Vran: Overkill edition is developed by Haemimont Games and published by Wired Productions. The title includes the Fractured Worlds and Motörhead: through the ages DLC, and is now available on PC, PS4 and Xbox One. You can the official game website HERE.