Movie Editing has come incredibly far from its origins. First thought of as only visual tricks to impress audiences a little more, video editing has now transformed plenty of industries, starting obviously from movies and continuing into games, television media and also marketing and advertising. The range of software made just for video editing has also been on the rise as well, ranging from very basic to tailor made equipment, prepared with the most complicated details for the hardcore professionals.

One example of a software which is neither too basic nor too complex used to be Sony Vegas. It began picking up steam in the late 2000s, where a lot of movie editors, or the ones I remember the most from gaming videos anyway, used a lot of After Effects and added some Sony Vegas to the mix as well. Vegas started becoming more and more common until it was a household name in the industry, until recently, when MAGIX bought VEGAS and made it its own, meaning this will be MAGIX’s first VEGAS. MAGIX have loads of movie editing software experience, as shown with their MAGIX Movie Edit Pro range, which we also reviewed, and which you can visit clicking HERE.

What is noticeable at first is that MAGIX has kept the VEGAS interface the same as it was, meaning it has not revolutionised the UI and menus after purchasing it from Sony. That is good on two levels; the first in that experienced and accustomed VEGAS users will have no problem whatsoever with the transition in ownership and can carry on their work on the new edition of VEGAS without any interface issues. The second is that although MAGIX has its other software family, keeping it distinct from VEGAS can offer variation to the customer, in the sense that maybe new purchasers will prefer one kind of UI to the other, therefore offering more variety. 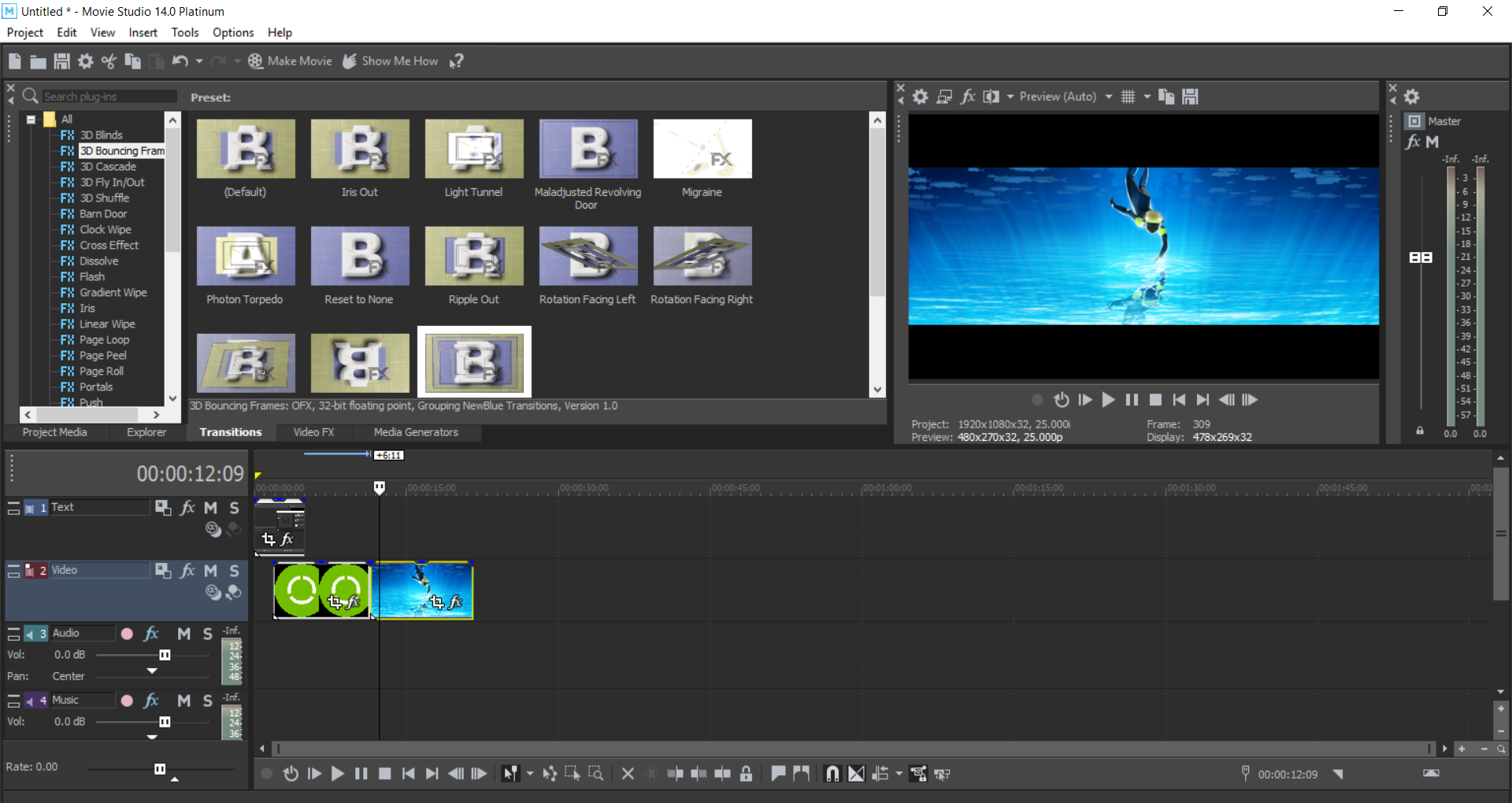 With the modern resolutions always on the increase, it is vital that a video editing software must produce its output with an eye towards whatever device the project will be played on. Therefore it is noteworthy to confirm that VEGAS Platinum 14 does, in fact, support up to 4K resolutions, even though not a lot of 4K sets are in homes right now. This is a good thing, in the sense that purchasing the software today will prepare you for when 4K will be the “norm” in homes, meaning the package will serve at least 3 to 4 years, and dividing the initial sum paid to purchase the product will always yield better economy. Moreover, there is the usual MAGIX 30 day trial which is always the first version downloaded, so if after a month’s usage one is not so sure about whether to continue with the product, users can simply choose not to go on with the software. There is little to no reason not to purchase the software though, especially if you are looking for something which offers all that is needed for video editing software. Of course, the modest price tag which the software carries will obviously mean that it will lack features present in high-end editing software, but if you plan to make use of the software for non-commercial purposes, Studio 14 Platinum should suffice nicely.

One of the things I loved about the software is that it greets you with the option for a tutorial, which will show you the basics to get you started using the software. As with all other editing software, you can import clips and files by dragging them and dropping onto the timeline. Unfortunately, the software can only handle 200 clips in the timeline, which may not be enough for long or rich projects. When you compare it to most other editing software and their unlimited amount of clips which one can import, this comes as a major disadvantage, but again this is not top end software so it is acceptable. On the other hand, the software comes with a plethora of different effects, customizations and transitions, which will have users grinning with joy upon discovering them all. There is also the option to slow down or increase the speed of individual clips, giving a great level of control to the editor. 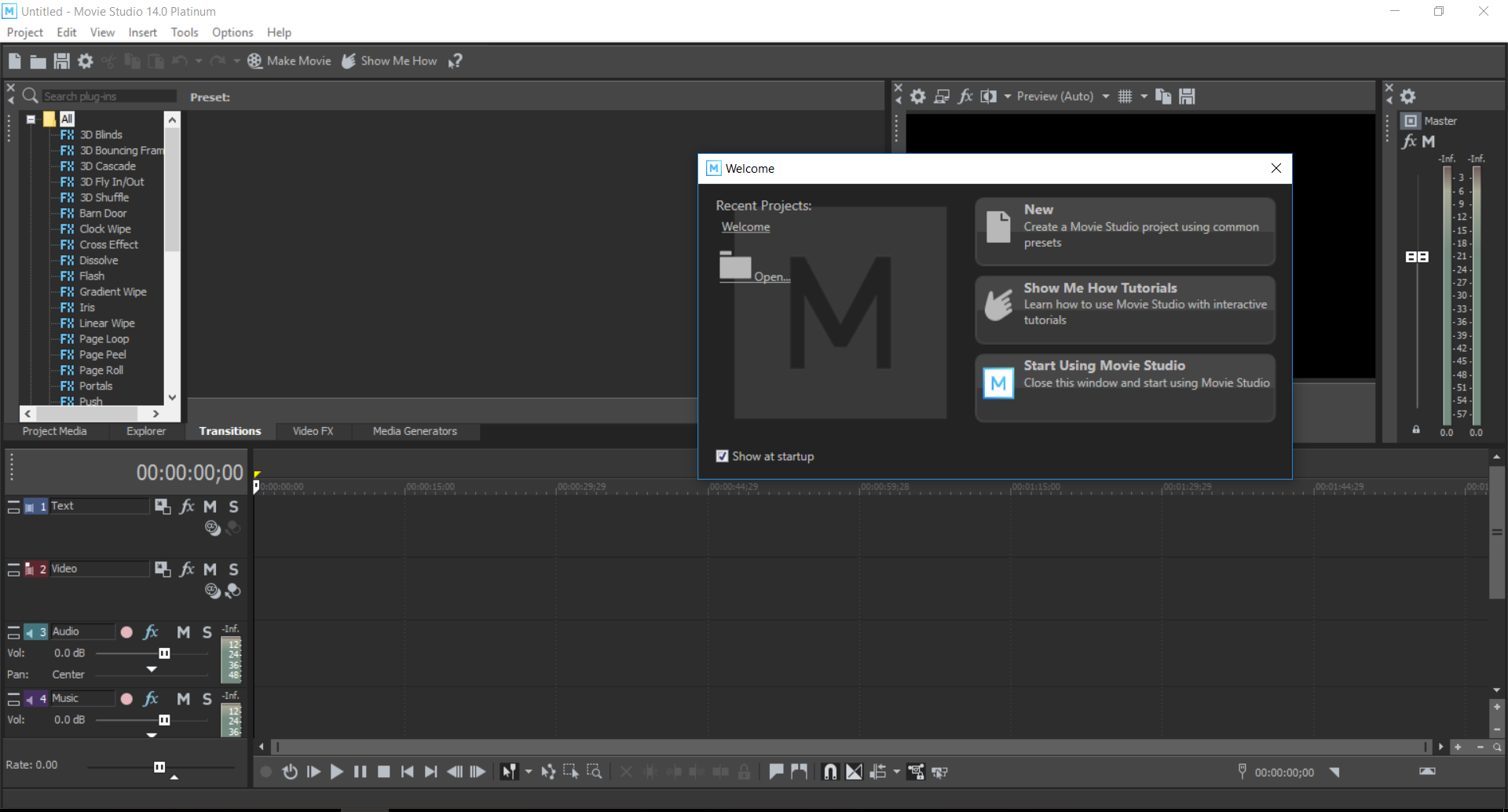 Another feature of the software is multicam, where one can choose footage from up to four cameras for the same clip, and switch among the different angles to obtain the best or clearest video possible. It is quite a neat feature which will enable filming at countless new movie angles, and it is very well executed from Studio 14 Platinum as well.

As I have mentioned above and will say again here, keep in mind that this is not intended to be top of the line software. There are even costlier products from MAGIX so this is definitely not the “best of the best.” However, it sets itself out to achieve a product which can be used both at entry level and also at an advanced and professional level, and it obtains that success quite well. It is an all-rounded software, suitable for all and affordable to the majority.

If you fancy checking out the VEGAS software yourself, you can visit their website and also download a free trial HERE.