In a time where we probably have more horror games being released than ever before due to the popularity of the first-person style and how well it works with VR, it’s hard to come up with new and original concepts. The guy’s over at The Deep End Games though have managed to do just that and we’ve been chatting to writer Amanda Gardner about their game Perception, what inspired it and what makes it stand out from the competition.

Let’s start by introducing yourself to our readers. Who are you and what do you do?

Hi there! I’m Amanda Gardner, Co-founder at The Deep End Games and Writer of Perception

And what is your background in game development? Have you worked on any titles that our audience will recognise?

My background is as a novel writer and a former English teacher, actually! My husband and partner Bill Gardner was Lead Level Designer on BioShock and Design Director on BioShock Infinite.

Now let’s move onto a small introduction to your studio. Where did it all begin for The Deep End Games?

Well, Bill and I have been married for 12 years, and we have always collaborated creatively together, whether it was on my books or his games. One night, when Bill was in grad school, his professor challenged the class: by the time you get to your cars, you’ll have a brilliant idea. When he got home that night, all he could talk about was this echolocation concept he had. We sat down together, and the story for Perception just flowed. Next, we called our Audio Director Jim Bonney because we knew we’d need someone of his calibre on this project, and the rest was history!

Now we’ve gotten to know you and the studio, let’s talk about your game Perception. It’s been out on PC for a few weeks now as has just arrived on consoles, but for those who haven’t seen it yet, what is the game about?

Perception is a tense psychological narrative about a blind woman’s journey to prove herself and to exorcise her demons. She travels to the haunted mansion that torments her dreams, where she navigates by echolocation. Every sound she makes illuminates her path, but the more noise there is, the more attention is drawn to her. And she’s not alone.

I have to admit, the concept of the game has really intrigued us at FULLSYNC to the point all staff fought over the copy we were given for review. What made you decide on making a game about a blind person?

It grew organically from Bill’s original idea stemming from the echolocation. The story for Perception sort of all happened together with coming up with the gameplay. It was a really amazing collaborative experience, sort of just watching this game concept unfold.

As part of your research into the game, did you meet and hold focus groups with people who were partially sighted to get a better understanding of what it is like to be blind?

Bill did his senior grad school work on blindness and accessibility, and yes, we met with many blind and low vision people, blind gamers, and echolocators. We were lucky enough to spend time with Daniel Kish, an echolocator who teaches other blind people to echolocate through his charity World Access for the Blind. We wanted to make sure that we didn’t make it look like a superpower or a trope or stereotype. This was really critical to us.

Now we’d usually ask what have you done to your game to freshen up the genre and make it stand out from the competition, but that’s pretty obvious. So what was it that made you decide to go down the horror route with Perception and not some other path?

Well, naturally the more information you take away from the gamer, the more tension there is. We thought a spooky storyline like Perception’s would work well with the limited visuals, and the idea of calling attention to yourself as you make noise was really intriguing for us. 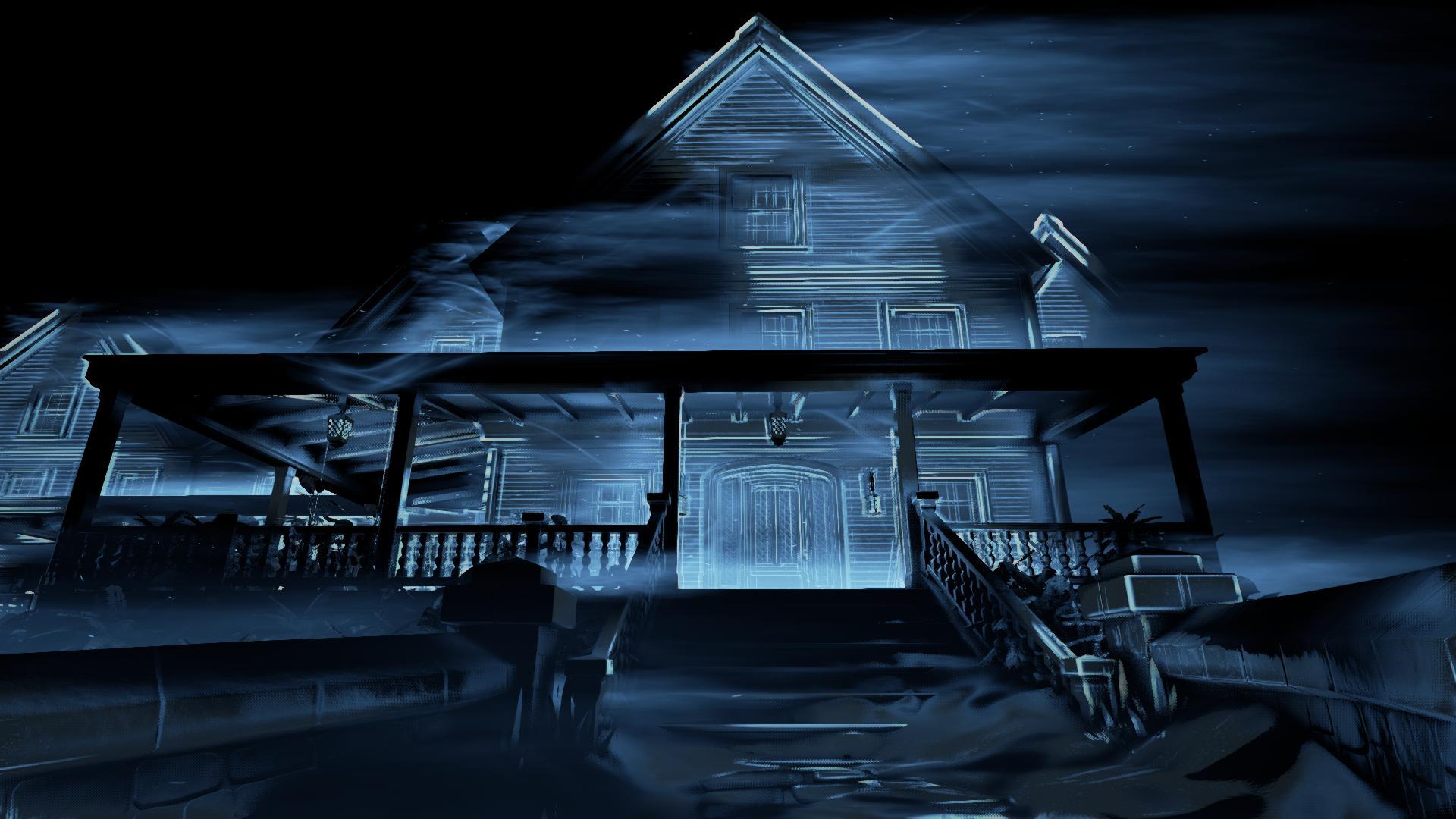 Sticking with the theme of the genre; it could be said that since games like Outlast have done so well, a lot of developers have jumped on the bandwagon for creating first-person horrors, as happens with any craze. Do you think this has caused the market to become flooded with poor quality titles as people try to milk it for all its worth?

I wouldn’t say that. I think that people enjoy horror and developers hopefully make what they enjoy. I think that success breeds success – you don’t see a bestselling book and assume the people who buy it will never read another book again; you know that there is an audience. We enjoy horror, so we made our own version of it – free of gore and the constant jump scares you see elsewhere. Ours is more of a ghost story than a typical horror game, and we hope that makes it stand out.

Some people are saying Steam Greenlight has been ditched due to how many indie developers were flooding the market with poor quality games, others say it is now limiting the chances available to indie developers. Do you think more needs to be done to protect and assist hardworking people like yourselves who genuinely want to make good games, as opposed to those that do just quickly whip up poorly made games to get them out pretty sharpish and make some quick money?

I think that the amount of effort shows proportionally. To those who know that we’re basically a married couple making this in our basement with the help of some talented industry friends, I think they’ll be wowed. But you really can’t compare our game to an AAA game because well, those have teams that dwarf ours and budgets that are astronomically higher. I’m not sure what can be done about this, other than getting the word out about supporting small studios with quality games.

Getting back to Perception for a second, did you find.any issues during development in creating a game that used echolocation? How difficult was it to actually replace the sight with sound?

Well, I wouldn’t say issues, but fine-tuning the look was tricky. How long did we want the effect from the tap to last? How far out should it spread? How much detail should Cassie see? This was something we tweaked over and over until it “felt right”. I know that sort of sounds vague, but we really just had to keep modifying until the taps felt satisfying, challenging but not impossible, etc. 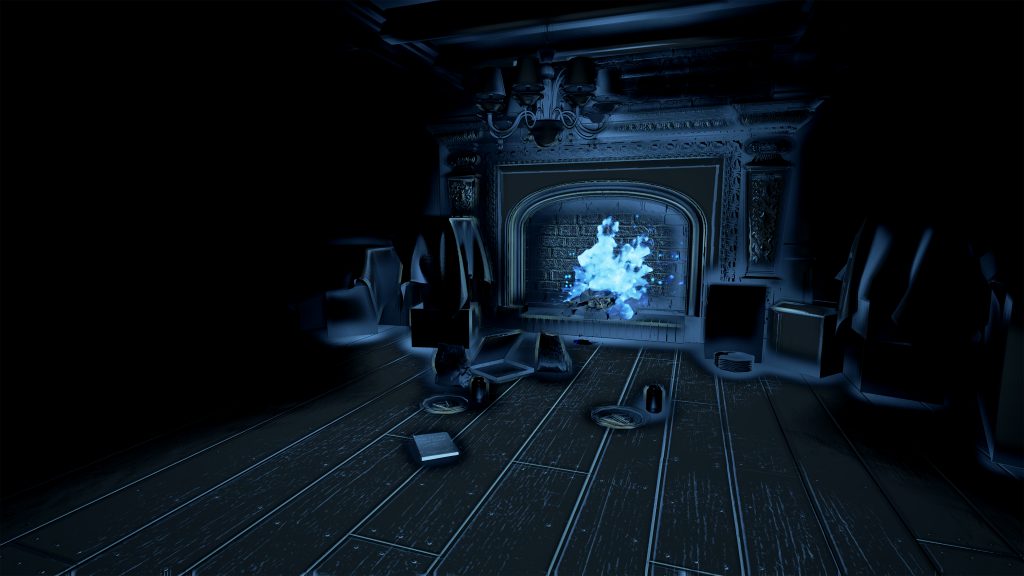 Now if you had, to sum up in one sentence, a reason why people should go check out the game, what would you say to our readers?

If you like immersive, layered narratives with a little spook and a lot of emotion, definitely check out Perception.

And just before we finish with our usual random question, what advice can you offer to others out there who are wanting to get into game development?

Don’t hesitate, just jump in. Play with mods. Make your own small stuff. Meet other devs and collaborate. The more you do, the more you learn! And what you do do, try to make it right and learn as much as you can in the process.

And finally, a ‘would you rather’ based on two things I’ve actually done myself. Would you rather swallow Zebra Semen (don’t ask) or eat pan-fried Dung Beetles?

Ahh, the old Zebra Semen or Dung Beetle debate. As someone who enjoys a good crunch, the answer is easily the beetles.

And that wraps up our lovely chat with Amanda. Definitely a wise choice with the Dung Beetle, they’re surprisingly tasty and a whole lot less gross. We’ll have a review up shortly of Perception so be sure to check that out, and in the meantime, you can find out all the details you need to follow Amanda and The Deep End Games below:

Developer Bio:
Amanda Gardner is Co-Founder and Writer at The Deep End Games. When she’s not working on Perception, she’s chasing around her four crazy kids.