It’s been almost two years since Damaged Core saw its release, in the very crux of VR’s first steps. It amazed then, earning high scores across the board, which some people took to mean that the expectations must have been low. I got to play it with a little bit of distance, with the benefit of playing a ton of later releases beforehand.

The world is in ruins – a rogue AI core is wiping out humanity with a legion of robots, and in an attempt to fight fire with fire, you have been created – a virus capable of hijacking the mechanical army one at a time and turning their own weapons against them. This is an extraordinarily clever workaround for the VR movement conundrum, making teleportation an essential part of gameplay instead of a bizarre, immersion breaking hop from place to place between shooting and slashing. Jump into one drone to shotgun blast an entire squad before taking over one halfway across the battlefield with an assault rifle to disarm a gigantic laser-wielding droid so you can turn the earth-rending weapon against them. 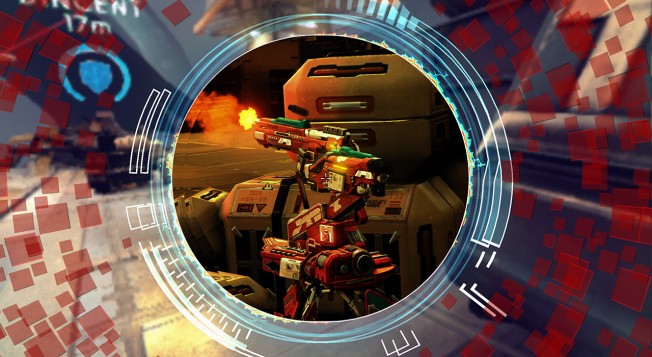 By this token, you’re practically immortal – there’s always another body to jump into when one begins to fail, and though you might be rooted to the spot, you have a distinct advantage. Enter the resistance, who’ll be constantly in need of protection or escorts while they wage their war, so it’s never as simple as keeping yourself in a functioning body. New enemies arrive at a decent pace, making sure you always have some new toy to play with. It’s evident that this was built with Oculus in mind, and it works perfectly. Compared to some newer games, the lack of Touch control support might seem a little odd, but it feels natural and fun to aim with your head, and it doesn’t suffer from the absence at all.

The story is decent, but sticks to the basics. What really shines are the environments they’re told in, fantastically ruined and dystopian, with plenty of little details to feast your eyes on. Though your viewpoint as processor-hopping glitch is fairly limited to the battlefield, you can spy some beautiful ruins inbetween all the havoc. There are few moments of calm, and when they happen, it’s usually for some sort of learning moment, and if there’s one disappointing thing about Damaged Core it’s that you don’t get some more freedom to explore. I get that the core (haw haw) gameplay justifies all of that but it’s a glorious little shooting gallery and it would have been amazing to soar over some of those decimated cities in VR. 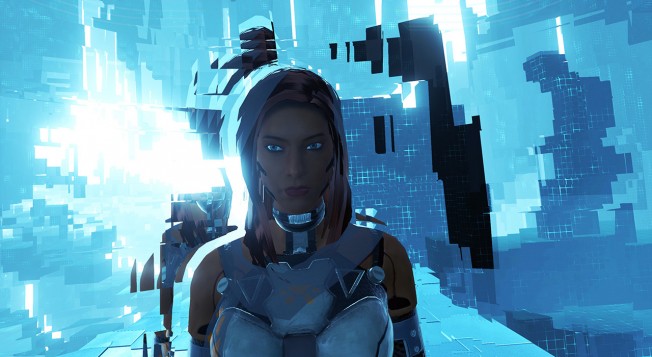 Is Damaged Core the amazing VR FPS all the reviews say it is, or was the initial reaction simply a result of low expectation and lack of options at the time? I don’t think so. It’s a fantastic shooter with every moment of its experience built around not only being comfortable and naturally fitting to VR’s current tech level, but being a game in its own right at the same time, and it doesn’t struggle from any of those perceived limitations. It is pure, unadulterated fun, not a simple FPS with a headset shoehorned into it to sell copies. You could certainly ship it as a flatscreen game, but then you lose the sense of rushing from drone to drone, in the very heart of the ongoing storm of bullets, explosions, and flying robot limbs. It is a shame that you don’t get to see more of the world, but in this case that’s a credit to the background High Voltage have created for this intense shooter, and shouldn’t dissuade you at all from taking a ride.

It feels like a grown-up game. Don’t get me wrong, I enjoyed the Aperture-ish undertones of Robo Recall and throwing whatever I could get my hands on at the floating droid hosts of Job Simulator, but Damaged Core is mature. Decimating robots with their own kind does come with moments of inescapable childish glee but you always have this frantic feeling of the stakes being upped at every second. You can play it sat down but I guarantee you’re going to want to stand – it’s just that high-energy. Every moment counts, and as you’re constantly flitting from place to place you’ll rarely find yourself the focus of enemy fire, and if you want to succeed, you’re going to have to do what so many Overwatch quick-players avoid and play the goddamn objective. The enemy AI isn’t concerned with you – certainly not at first – and it’s the vital human cargo in your hands that will be the center of attention. This can feel slightly punishing at times, sure, but it’s really just encouraging you to rip through enemy hordes as fast as possible, maximising the destructive potential of each hijacking victim as they come. 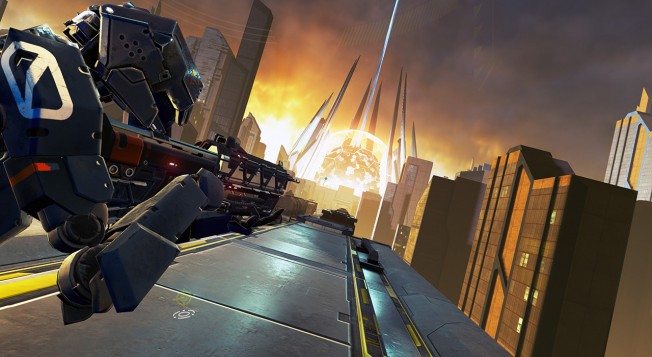 Damaged Core does fall prey to some of the classic VR problems, especially prevalent in earlier titles. It’s short, and just as quickly as things start ramping up, they come to an abrupt end. Defending objectives again and again would become tedious if not for the nonstop motion involved, and the AI (the actual AI, not the evil one) struggles sometimes when you’re mopping up stragglers at the end of a wave. A fair few robots glitched into walls or just stopped mid fight as if they were having an existential crisis but I’m choosing to play that off as a result of your interference rather than a development issue. It’s absolutely worth the time regardless, recreating that essential FPS energy with a flourish, and an example of how smooth VR games can be when they’re made specifically for the platform. It’s an essential for sure, and even if you think you’ve blown up one too many robots wearing your Rift, it has a lot of fun to offer.