The first time I ever laid eyes on Rocket League was shortly before the game’s official release. I and the original founders of Full Sync used to write for another website and we were fortunate to get a couple codes to review the game. Instantly, we fell in love with it. We highly suspected the game would go on to do really well, but even we couldn’t foresee the way that Rocket League took the world by storm, not just becoming a popular title to play with friends but also a massive player in the eSports world too. And whats more, the game hasn’t stopped growing with various expansions offering new cars, introducing more cosmetic goodies to pimp your rides, plus, the latest development, Rocket League’s arrival on the Nintendo Switch.

Now the game itself hasn’t changed at all really. You get the same modes, the same upbeat soundtrack and the same old fun driving cars around an arena trying to play car football (r the various other sports that have been added to the game). But, that’s not to say the Switch doesn’t have anything new to bring to the table. Firstly, and most or least important depending on how much you love Mario and Luigi, there is some exclusive Switch content which sees a new car and toppers available that make your vehicle look like the famous Italian plumbers. 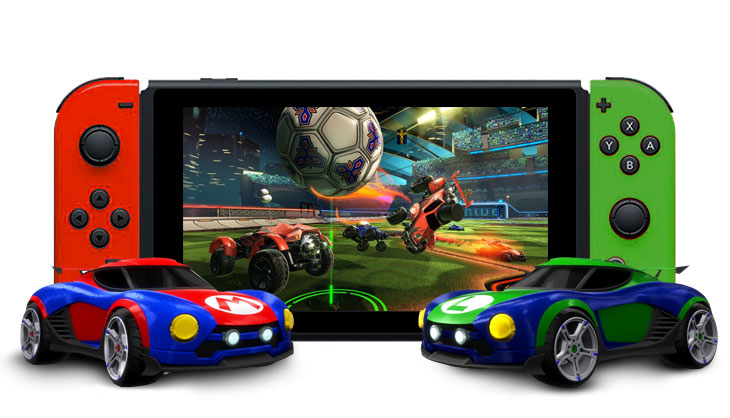 Besides these exclusives, the main notable differences are more to do with Rocket League making full use of the Switch’s excellent features. One second you can be playing the game on your TV and then without warning, last night’s dodgy kebab begins to cause problems in your bowel. Fortunately, just slot your JoyCons either side of the Switch and take the game with you to the bathroom, allowing you to continue gameplay on the go. And if you were playing with friends, you’re still covered because you can split they JoyCons and take one side each to still play together on the smaller Switch screen. Although it could get weird if they accompany you to the bathroom.

As nice as it is to be able to mix up how you play the game and to be able to take it with you wherever you go, it was how flawlessly the game ran both on the big screen and the tiny screen that impressed me the most. It was able to operate and switch modes with no lag, no noticeable disruption to things like framerate and gameplay was so smooth that it rivalled my girlfriend’s legs following a fresh shave. The only thing I did find a little annoying, and it was in no way the game’s fault, but I felt when playing with split JoyCons the controls are so small that it didn’t feel naturally comfortable, partly down to their size, and partly due to the location of the accelerate and reverse buttons.

That’s pretty much it in terms of new features and stuff really though, everything else remains the same, which fortunately for Psyonix is a good thing because Rocket League is a truly special game. Its port to the Switch was an excellent decision by the developers and not just that, I believe it was a massive coup for Nintendo as well who struggled to get popular 3rd party games on the Wii U, so hopefully, this is a sign of good things to come for the Japanese manufacturer.

The only thing left to mention really is price, which if you want a physical copy of the game will actually cost you more than any other platform due to the manufacturing cost of Switch cartridges. Ranging from as little as £35 to the highest price I’ve seen at £49.99 from GAME (rip-off merchants), you can get a physical copy of the game as I said, but personally, that’s a little much for me, not that it isn’t a good game, but in my mind even as good as it is it’s not worth £50. There is a cheaper option for you to download it from the Nintendo eShop, which at last time of looking was around £15, and at only 4GB, you’d be silly not to go for that option over a physical copy in my opinion. 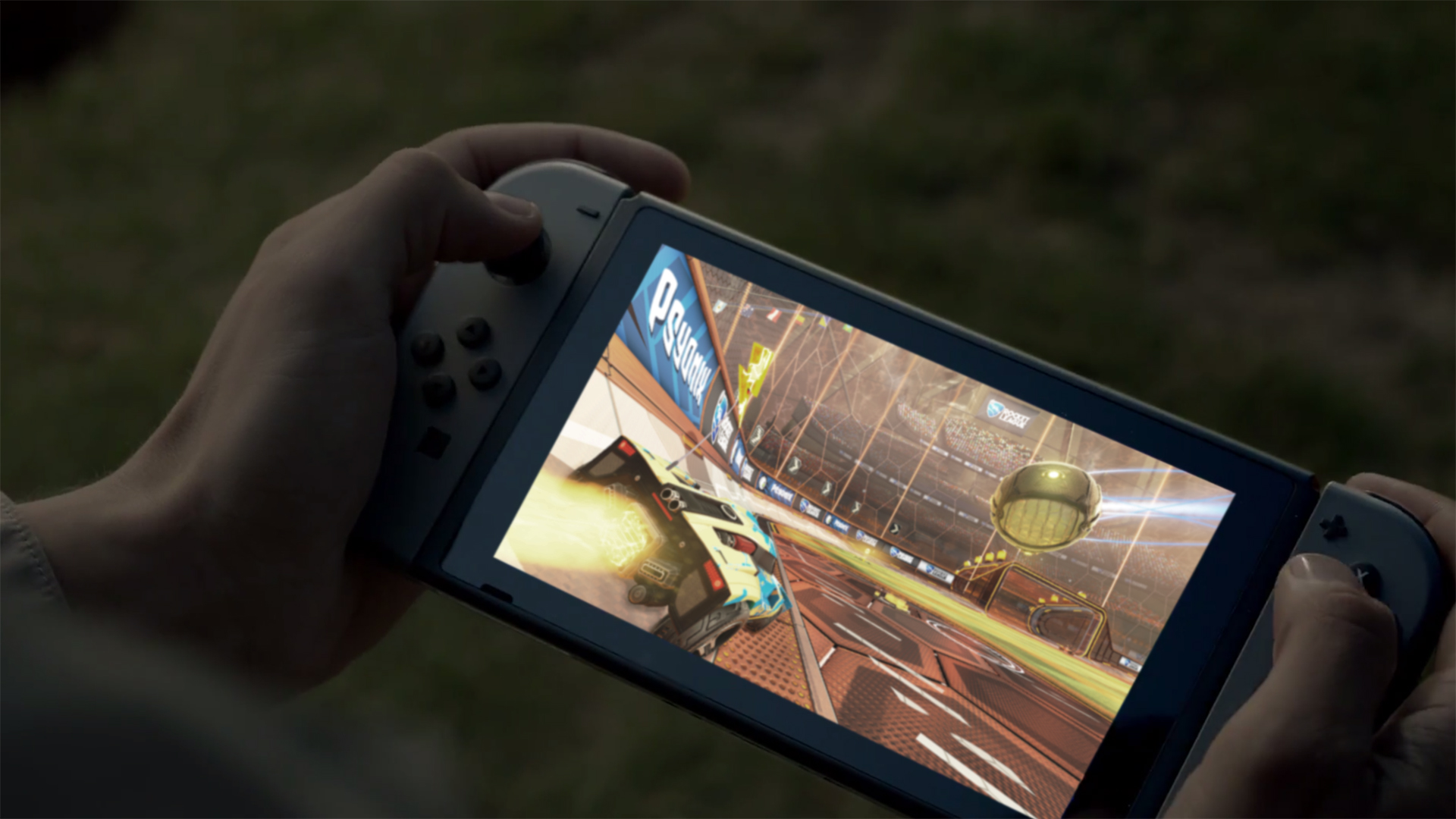 So, that pretty much sums things up really. The same great game we all know and love from PC, PS4 and Xbox One has jumped aboard the Switch train and it looks like a ride that anyone who hops on will enjoy. Making full use of the Switch’s features is nice to see and really gives players the freedom to play the game anywhere they want, at any time they want and in any way they want. I did struggle with local multiplayer on the smaller screen, mainly due to the design of the JoyCons but other than that there wasn’t really a negative thing to say, the game is still as good as I remember.