I don’t think there is anyone on this planet who doesn’t enjoy one kind of tycoon game or another. Whether it be building your own theme park, zoo or even lemonade stand, the possibilities are almost endless. Now there is a new game joining the mix, Movie Studio Tycoon, developed by All in a Days Play. And we’ve been lucky enough to talk to one of the people behind the game.

To get the ball rolling how about we start with you introducing yourself to our audience?

My name is Abhinav Sarangi. I am Co-founder of an indie gaming studio based in Mumbai, India called All in a Days Play.

And how about going into a little more detail about your career in game development. Before All in a Days Play have you worked on any other games before or with other studios?

Before starting All in a Days Play, I spent a year with a larger Indian gaming company as their EIR (Entrepreneur in Residence), helping them launch a couple of Free2Play mobile titles.

Now we’ve gotten to know you, let’s talk about your studio. How about giving us a little bit of a background on it?

All in a Days Play was started back in early 2014 by me and my co-founder Karan Khairajani. So it has been around for 4 years, and now we are a 10 member team. We have focused on games in the simulation, arcade and trivia genres. We develop both mobile and PC games. On mobile, we have over 20 Million downloads for our games. On PC, Movie Studio Tycoon is our first game. 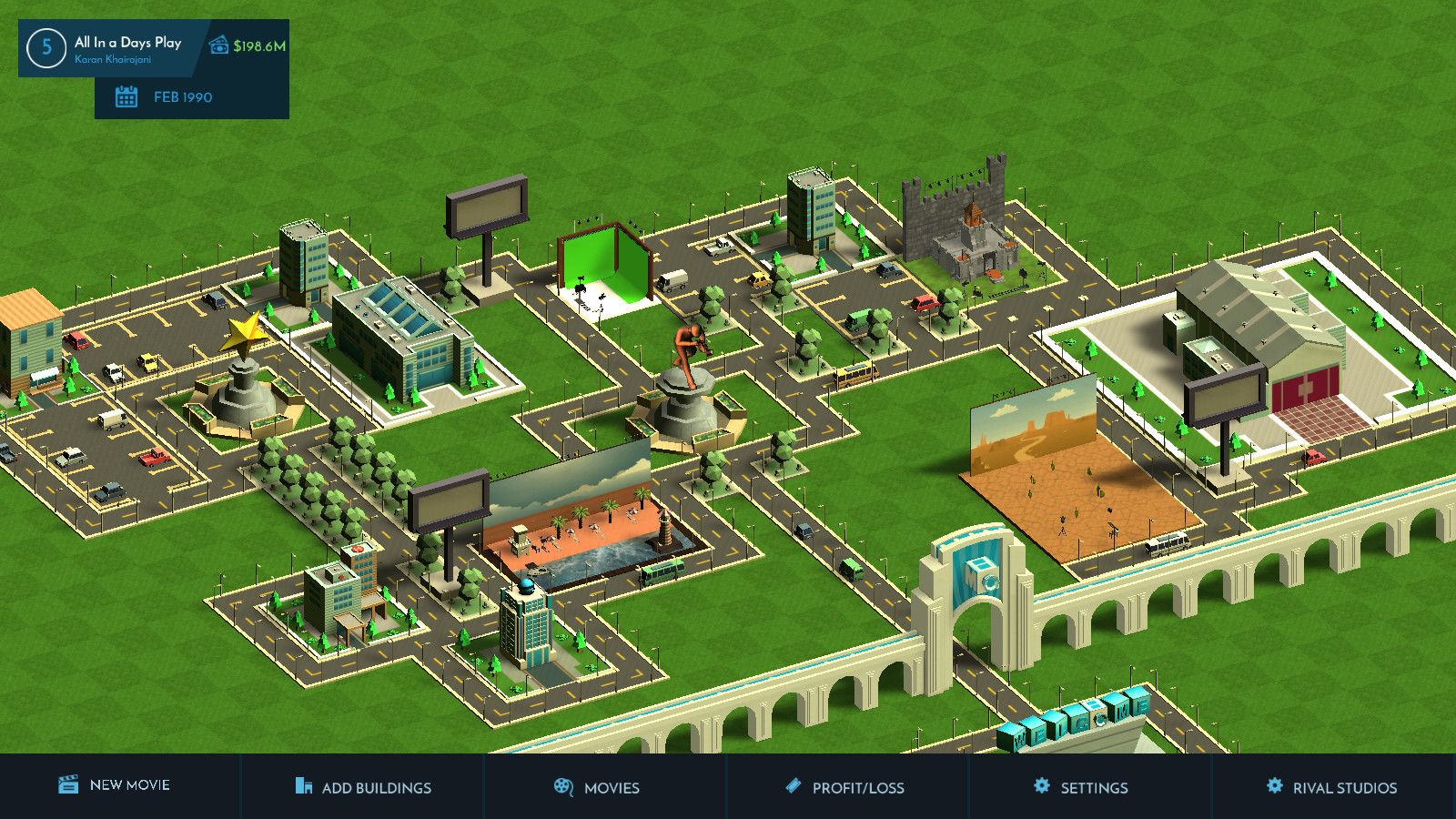 And how about discussing Movie Studio Tycoon which is a game you currently have in development. What was the inspiration behind such a game?

We are big fans of the tycoon genre. So even during the early days of All in a Days Play, when we making smaller arcade, trivia games, we still wanted to develop a tycoon game. In the tycoon/simulation genre specifically, we wanted to explore an aspect which we felt had not been done well in the last 10 or so years. And that was the simulation tycoon aspects of managing a movie studio. So we decided to focus on that and start work on Movie Studio Tycoon.

Are tycoon style games a genre you’ve always been a fan of?

Yes, I personally have always been a fan of tycoon games. One of my earliest gaming memories is being totally addicted to Zoo Tycoon and spending many hours optimizing the revenue potential of my Zoo. I then carried over this addiction to Skateboard Park Tycoon, an underrated gem of a game, and then popular RollerCoaster Tycoon games.

That fascination with the tycoon genre has been a constant feature of my gaming life, and as such when I got a chance to make a game, I decided that making a tycoon game was the way to go.

What have you done to make your game stand out from the competition and freshen up the genre?

Tycoon games were really popular in the late 90s and early 2000s which was the heyday of tycoon games. That heyday probably ended with the release of Lionhead Studios’ The Movies in 2005. While there has been a mini-resurgence of tycoon games in the last 2-3 years, with the excellent Project Highrise, Parkitect, Game Dev Tycoon, etc., we feel there is still space for more tycoon games.

We feel that Movie Studio Tycoon will bring an unique aspect of managing a movie studio, and living the fantasy of being able to make your own kind of movies, which not many games have explored recently. So the relative novelty of playing as a movie studio head and making interesting decisions while making movies in your studio, will help in making Movie Studio Tycoon stand out. 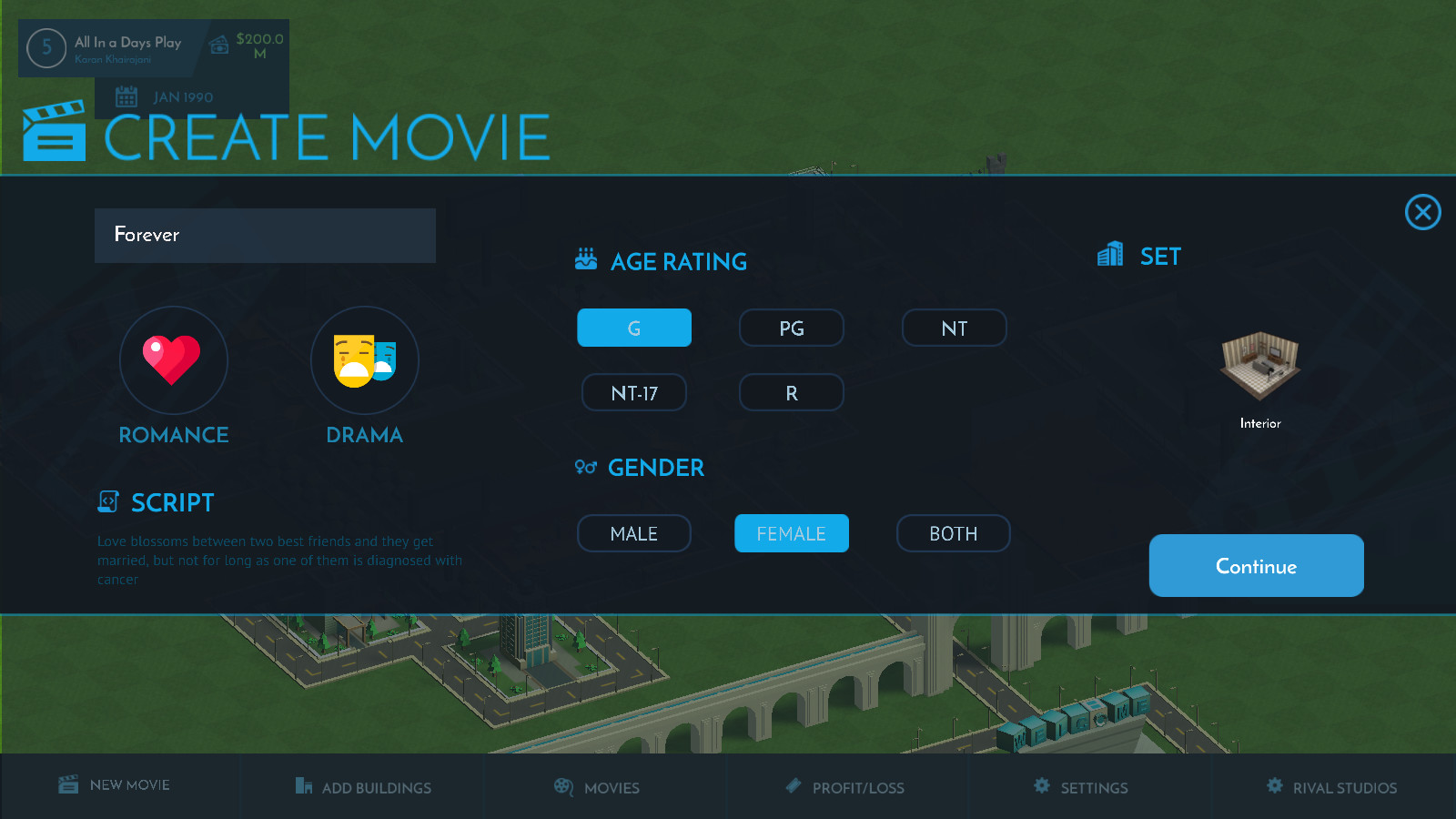 What software and engines have you used to create the game?

We have used Unity game engine to build the game.

What hardware have you been working on to get the job done?

The team uses a combination of Windows laptops and Macbooks to make the game.

Have there been any major bugs in development or big achievements you’re proud of so far?

Since Movie Studio Tycoon was our first large project, we have had difficulties in managing the scope of the game. It was supposed to be a 1-year project, and now we are almost at the end of 2 years. As such, I am especially proud of the team who have worked with the utmost motivation to ensure we can build a good game.

Final bit in relation to your game; tell our readers why they should check your game out. 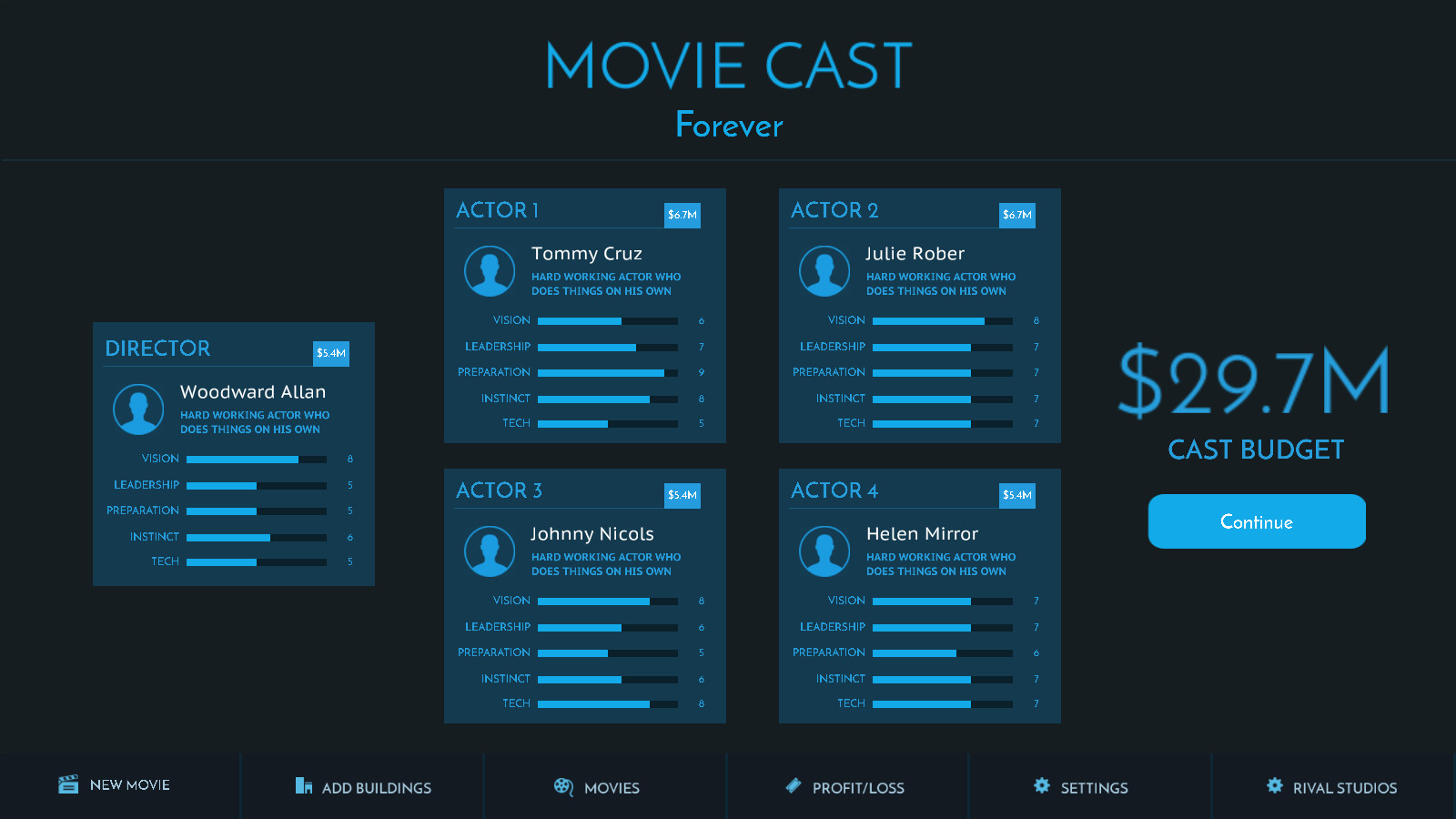 And now just a couple more general questions to tie things up; firstly for people looking but are maybe too scared to venture into game development and start up a studio like you have, what advice can you offer? Are there any particular pieces of software you would recommend for beginners?

In the current climate, my advice to people starting their own studios will be to plan for their first game to fail. Game development takes longer than we expect, and our skills take longer to develop too. So my advice will be to have a plan by which you can spend 3-4 years without expecting to make money from games. This can be done via savings, freelance work, or a supportive partner.

With regards to software, I would advise people to pick a game engine they are comfortable with and build the game using that. There is really no reason to build your own game engine.

And a little topical question for you now; with rumours mounting that there is a potential console competitor coming from Amazon, do you think they’re capable of rivalling the likes of Sony, Microsoft and Nintendo with their consoles?

I feel the road ahead for a possible Amazon console will be hard. The big 3 are entrenched and have their own fan bases. Unless Amazon can bring a new audience of players to console gaming, it will be hard for them to compete.

And finally for a bit of fun; if you could develop the sequel to any game ever made, what would it be and why?

It will definitely be SimGolf. SimGolf was a collaboration between Maxis and Firaxis, two of the best game developers in the simulation space. As a game designer, SimGolf is a very interesting game for me. It solves a problem with many design/build type games, the problem being how do you decide what the player has created is objectively good or not. In SimGolf, the player designs golf courses, and AI agents of different skill levels and play styles, play the course. The score of each AI agent gives an objective measure of how well the golf course has been designed by the player. If the player redesigns the golf course, we get another score from these AI agents to be able to objectively judge if the design is good or not.

While SimGolf did many things right, there are other aspects which warrant revisiting, so if I could develop a sequel to any game, it will definitely be SimGolf.

And that wraps up our chat with Abhinav. Hopefully, you enjoyed reading it and learned a lot about him, his studio and their upcoming game. As usual, you can find all the relevant links to help you keep track of the game below.

Abhinav Sarangi is a Co-Founder at All in a Days Play, an indie gaming studio based in Mumbai, India. He leads Game Design and Tech.