I don’t know about some of you but personally, I love playing a good horror game.  And, since it’s Halloween, we thought it might be nice to share some experiences from our favourite horror games with all you guys and gals.

Over the years I’ve played many horror games, but the one for me which sticks in my mind more than any other is Outlast. Its simple concept, cleverly written story and well-timed scares were perfectly balanced throughout the entire time I spent trying to escape that God damn asylum. It wasn’t purposely frustrating like some titles, which are just overly difficult to purposely wind you up, and best of all it didn’t rely on cheap jump scares. That’s not to say that jump scares aren’t scattered throughout the game, but the way in which the suspense is built by the developers and then how the scares are executed so well, it doesn’t feel forced and like they’ve been put in for the sake of it as with some games.

I should add as well, that the Whistleblower DLC which is kind of a prequel to the main game that actually overlaps in parts is the perfect accompaniment to the core game, and a must buy. 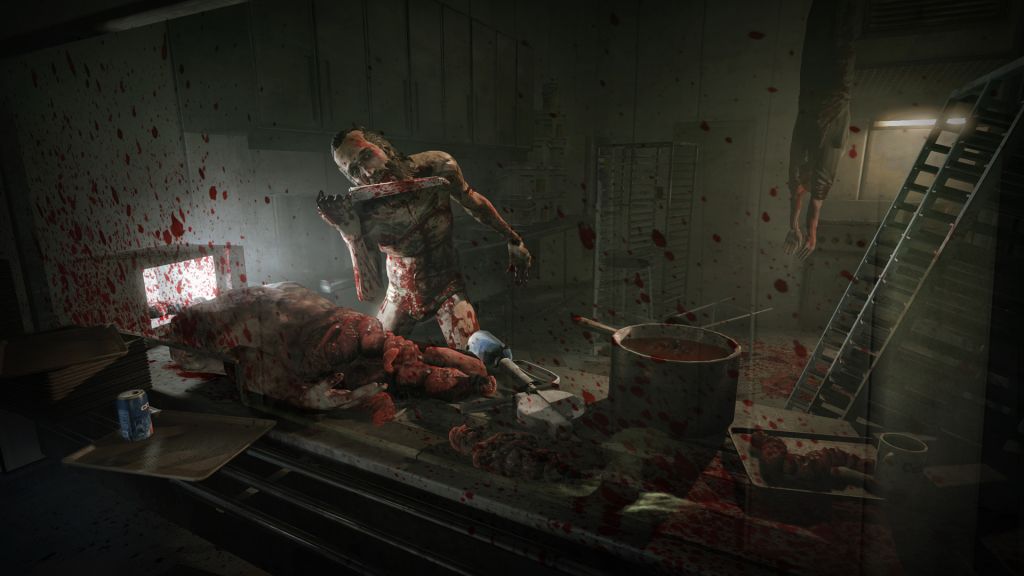 I’ve also enjoyed playing a few other titles recently as well including The Evil Within, which has some great scares but lacks a strong story, I mean I’m struggling to understand what the hell is going on half the time. I just know I keep getting chased by a long-haired thing and then what looks like some woman doing some Assassin’s Creed cosplay but with supernatural abilities. I’m hoping The Evil Within 2 which has just been released builds on the success of the first game but develops where it previously fell short. I’m sure I’ll find out when I eventually get round to picking it up.

Enough from me though, here’s what a couple of our other guys had to say:

Resi 4 is a fucking classic, I remember playing with my friend and scaring the shit out of him haha I liked Evil Within 1 a lot though, and a shout out to PT too.

Resident Evil 4 and Eternal Darkness for me, with a shout out for Alien Isolation as well.

The original Silent Hill is the real MVP. When that cat pops out the locker, fuckin 10-year old me shit his pants. I remember me and my cousin completed it and we were buzzing that we made it through without shedding literal tears.

My fave horror game is First Encounter Assault Recon (FEAR), it took me 5 years just to complete the first game as it scared the living daylights out of me. It also made me scared of long black haired little girls in red dresses.