It’s been a while since we’ve had one of these due to the amount of work that’s been going on in the background of FULLSYNC, but I’m glad to say we can bring you yet another exclusive chat with another quality streamer. This time we chat to the Northern Irish sensation that is Jay Rossi.

To get the show on the road let’s start with you introducing yourself to our readers. Tell us who you are, what you do for a living and how much money our guy Stark would have to pay for you to send him some of your used underwear (the dirtier, the better)

Hello, my name is Jason Ross; I am 25 years old and live in Northern Ireland. I have been a gamer all my life and don’t regret a single minute of it. Being a gamer has allowed me to meet people all over the world and become close friends with many! It is also how I met my current girlfriend who originally lived in Slovenia and now lives with me. If Mr Stark wants my underwear he can have it for free 😉

Now that our readers know who you are, and how much you’re willing to sell your used underwear for we’ll move onto the reason we’re doing this today, your streaming. When did your interest in streaming begin and what was it that made you decide “this is what I want to do”?

A friend of mine had started playing League of Legends and I joined her. She then started to stream it on Twitch, and that’s when I knew I would like to do the same. I only had a laptop at that time and it wasn’t very good for streaming so I played with other streamers, watched others while I was chilling at home and the girlfriend at work. After a few months I bit the bullet and told myself if I am going to do this, then I will need to buy myself a good computer. So I purchased my computer and monitors, all the extras and set everything up for streaming.

And how did you find it when you first started streaming? Were you camera shy, did you struggle to think of things to say to people watching, or was it something that came naturally to you?

When I started I wasn’t camera shy, I am quite a confident person really, I struggled to think of what to say mostly because when you start you are interacting with maybe only 1 or 2 people and it feels weird when you sit there talking to yourself. Over time more people started to watch and it just became a lot easier to hold conversations throughout the stream.

How would you describe your streaming style now compared to when you first started? Have you noticed anything that has changed?

That’s a very good question, I often watch past streams and shake my head at what I said and how I acted. I feel with more experience I am now performing better as a streamer, I produce high-quality streams with good entertainment. 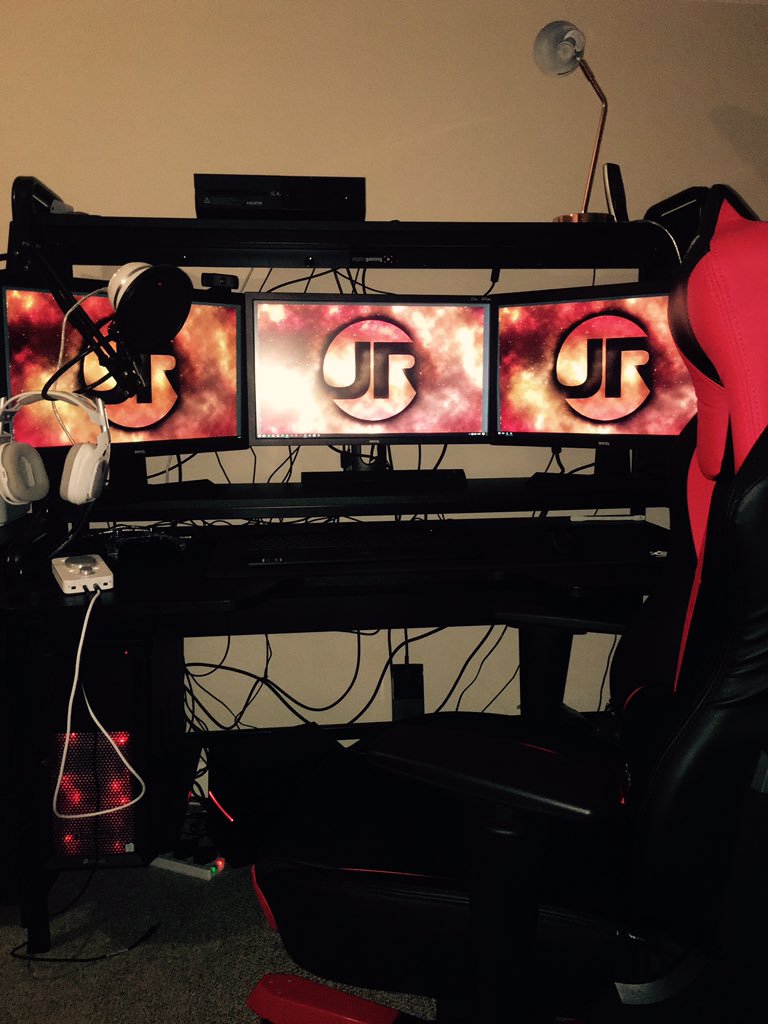 A big part of streaming is obviously building a following and having people watch what you do. How has Social Media helped you in increasing the number of followers/subscribers you have on channels like Twitch and YouTube? Also, why do you think more people use Twitter over Facebook when it comes to setting up streamer profiles?

Social media certainly helps with interacting with your followers, letting them know that you are starting the stream and giving them a heads up of future streams. As I only created my twitter and Snapchat when I started streaming, it has been slowly growing like my channel, only recently has it started to help gain me followers on Twitch. I think Facebook is useless, it is filled with fake news and videos, with Twitter I only see gaming related tweets, whereas with Facebook it could be anything. I think because of that people are setting up streamer profiles on twitter instead.

Looking more at the technical side of streaming for a second, what equipment do you use? Do you have a preferred system or maybe favourite peripherals?

Oh god, I could list everything here, but why not go check it out on my Twitch profile? Haha

I have my main monitor which is a BENQ XL2420G 24″ then 2 other monitors which are BENQ RL2455HM 24″ a Logitech HD Webcam C930e, Razer Mamba Tournament Edition mouse, and a Razer DeathStalker Chroma RGB keyboard. My computer is built with an Intel Core i7 Quad Core Processor i7-6700k, ASUS® Z170 PRO GAMING motherboard. 32GB Corsair Vengeance DDR4 Ram, 4GB NVIDIA GEFORCE GTX 970 graphics card and the rest are not important. I use a green screen with studio lights and I have a Blue Yeti Snowball Microphone with an arm and pop filter to provide good sound quality. Then I have my DxRacer WH0 chair which is a great buy! Through time I will make changes and upgrades I’m sure to improve the quality not just for my viewers, but for myself too.

And what software do you use for recording and editing videos?

I use OBS Studio for streaming and recording videos, I have not started editing videos yet, but it will be something I will do in the near future.

What games can viewers find you playing in your streams? Do you have different favourites for solo plays and gaming with friends?

I started streaming old-school RuneScape, and it was good because it’s slow and I can chill and interact with my chat, but I soon became bored of it and moved onto what I really love, which is shooter games, anything that involves a gun and killing people, that’s what I like to play! Currently, I have been playing H1Z1 King of the Kill and every so often I switch it up with some Paladins or Player Unknown Battlegrounds. I have special horror streams when I reach milestones in my streaming career, people tend to enjoy those because it is soo different to what they normally watch. I use my discord for friends and viewers to talk to me and play games, though sometimes I will choose to play alone. 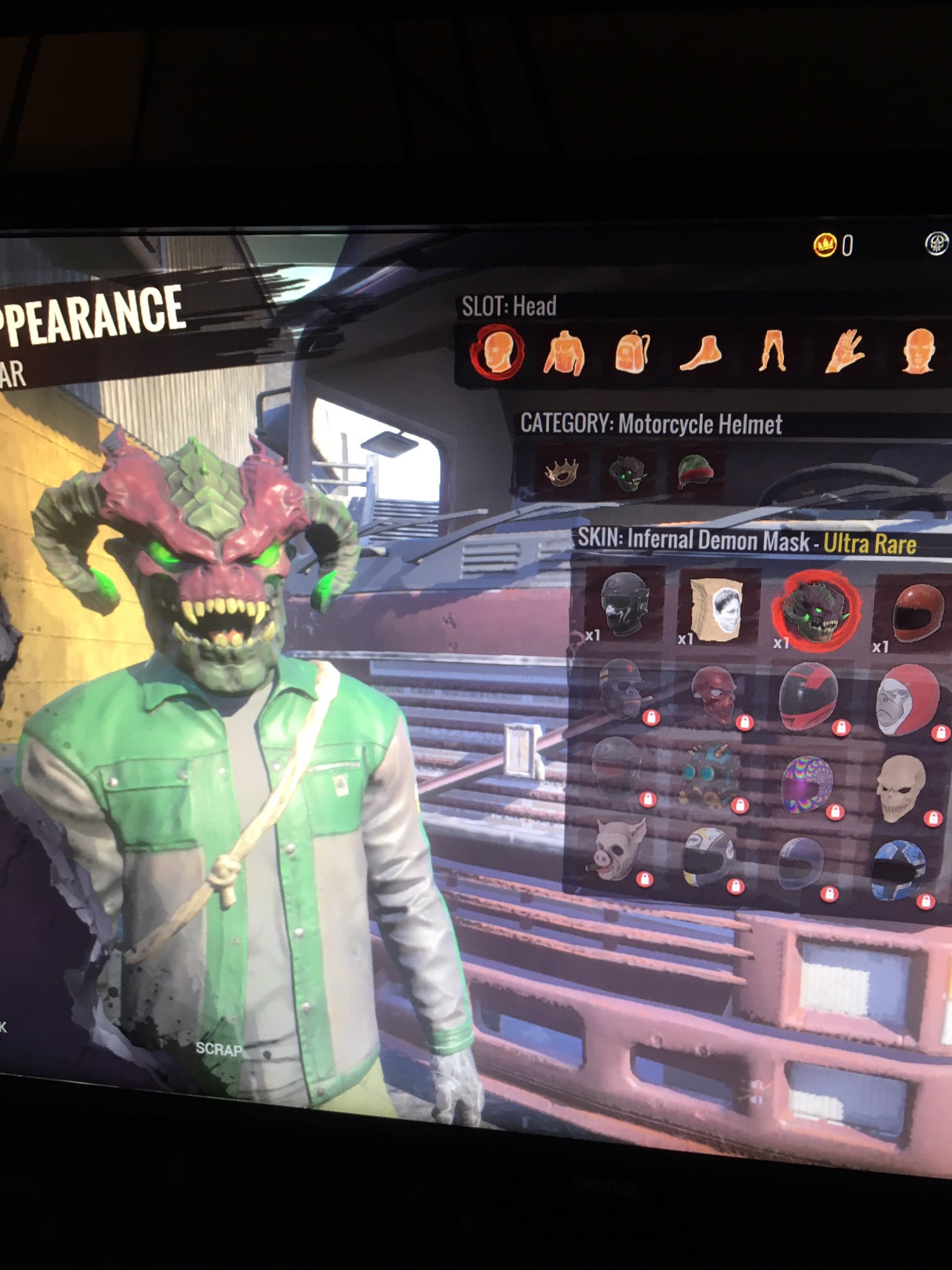 Who are your favourite people to stream with and why?

I don’t really have any favourite people, I feel it is important to change who you play with during your streams, to provide new content and entertainment, it also gives others the opportunity to join in and perhaps get noticed if they stream also Valentiiiino would be my closest friend and people will often find me playing with him, but he understands that I want to meet and play with new people sometimes also.

Is there anyone famous that you wish you could stream with?

Famous streamers often only play with others on their level, I have already played with a number of streamers but if I got the opportunity, I would love to play with JoshOG, Ninja, DrasseL or Syndicate.

Just a couple more general questions to tie things up. Despite streaming becoming more popular, there is a minority who argue streaming is pointless, that people waste their time watching others play games when they could be playing it themselves. What would you say to someone with these views?

I disagree obviously, not everyone wants to watch TV shows, but at the same time, they just want to chill and so they watch streams. There are others that watch/lurk in the chat while they play. I don’t think it is a waste of time if it is entertaining then why shouldn’t they watch?

For anyone reading this who may be inspired to get into streaming themselves, what advice could you offer them to help get them started?

It will not be easy, growth is slow at first, don’t be disappointed if people are not there to watch you. Be friendly, interact with your chat as much as you can, ask them questions, get them involved in the streams. Help other streamers at a similar level, this will help you make friends and grow. If you find yourself not having fun anymore or you are annoyed, take a break and then stream another day or later that night. Many short streams are easier than a few 12hrs. Look after your health, 24hr streams are not essential to being a good streamer. Most importantly be yourself and have fun!

And finally, one random question to finish on. If you stumbled across a magic lamp and a genie popped out, what would three wishes would you ask to be granted? No wishing for more wishes.

I would ask for enough money that would mean my family and friends never have to work again. I would also ask for my hair back as I am starting to bald haha. Lastly, I would ask for the world to be a better place with peace and less violence.

And that wraps up that Q&A. We’d like to thank Jay Rossi for taking the time to answer our questions and should you wish to check out some of his streams or follow him on Twitter and such, we’ve left links to everything you’ll need below: