After receiving much praise at a number of events over the past couple years, Giant Sparrow released their latest game What Remains of Edith Finch back in April. To coincide with our upcoming review of the game, we’ve been chatting to Ian Dallas, the studio’s creative director.

To kick things off, tell our readers a little bit about yourself.

I’m Ian Dallas, the Creative Director at Giant Sparrow, the studio behind the games What Remains of Edith Finch and The Unfinished Swan. My first career was as a comedy writer (initially at the parody newspaper The Onion, then later for various TV shows)… I’ve always loved games, so I expected to transition from writing for TV to writing for games but by the time I actually did that, I discovered that as a writer you really don’t have much control over the shape of the game. So I went back to grad school at USC to study programming and game design and things kind of took off from there.

And how about telling us a bit about Giant Sparrow. What was the catalyst that sparked the creation of the studio?

When I was in grad school at USC, I used to make lots of gameplay prototypes. I had an arrangement with a professor that every week I’d come in with a new prototype to show him. One of those prototypes was about being in an all-white world and throwing paintballs to reveal the world around you. That ended up becoming The Unfinished Swan. I submitted the prototype for a festival called the Sense of Wonder Night and was invited to present it there. Someone at Sony saw me talking about the game and they asked me if I was interested in turning my prototype into a full game for PlayStation. Naturally, I was. We worked out a contract and a production schedule, then I started up a company, Giant Sparrow, to make that game.

Does your studio have a specific style when it comes to creating games?

We try to make things that no one has ever seen before. Our games are about exploring the unknown, both for players and for ourselves as game developers. They’re surreal experiences that so far have tended to involve a lot of books, myths, and the memories of childhood.

What would you say has been the studio’s biggest accomplishment to date?

I’m proud that we’ve made two games that look (and are!) extremely different from each other, but that share a common spirit and tone. I’m happy that we’ve been true to our goal of pushing ourselves to create very unusual work but at the same time that there’s a recognisable identity to that work. 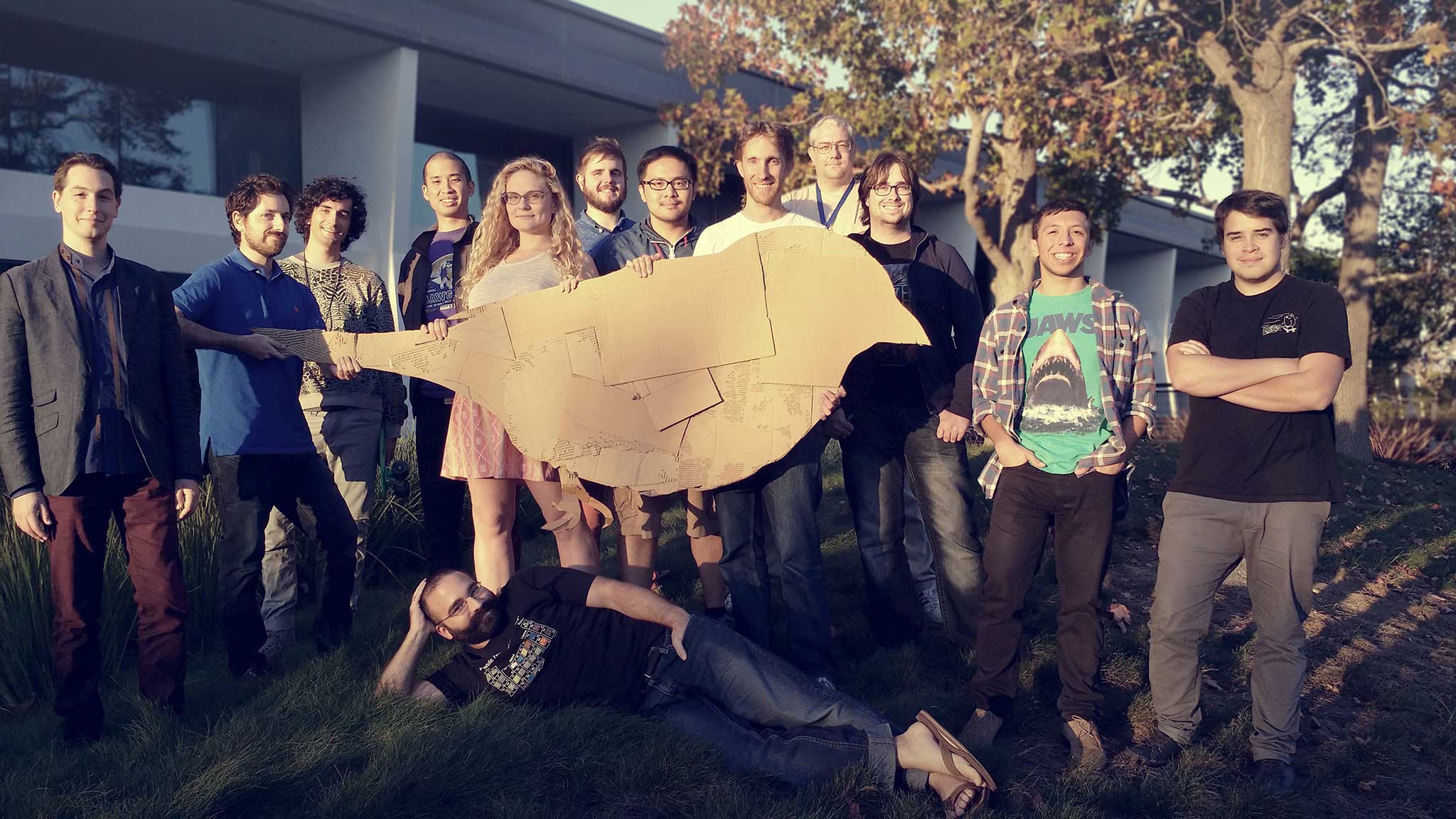 Now we know more about you and the studio, let’s talk about your games, The Unfinished Swan and What Remains of Edith Finch. Quickly sum up what each one is about for our readers.

The Unfinished Swan is a first-person painting game that takes place in an all-white landscape, where players splatter paintballs to reveal the world around them. What Remains of Edith Finch is a collection of strange tales about a cursed family in Washington State. Players take on the role of Edith Finch, coming back to the house she grew up in and trying to figure out why she’s the last member of her family left alive. Inside each bedroom in the house is a story about how that family member died, which players have a chance to live out as its own short interactive experience.

What was it that inspired you to create these games?

They start with a feeling. In the case of The Unfinished Swan, it was the sense of awe and wonder you get when you’re exploring somewhere wholly new. For What Remains of Edith Finch, it was the sublime horror of nature, moments where you can be astonished by the vast beauty of nature but simultaneously overwhelmed by it, like being in the middle of a dark forest or at the top of a mountain.

What did you do during the development of these games to distinguish them from your competition?

I don’t think we really have competition. We’re sort of off in our own corner, doing our own thing. But I think what distinguishes our games is that we pick a strange direction and then we go really deep into that vein. We’re not necessarily trying to be weird for the sake of being weird, but the games are ABOUT the experience of encountering something wholly unfamiliar, so we lean pretty hard into the bizarre.

What has been the biggest developmental issue you’ve faced on either of the games?

It’s hard to make something when you don’t really know what it is you’re making. Especially when you’re doing it as a team. Because our games start out as feelings, rather than as familiar gameplay (e.g., a first person shooter), there’s a lot of blue sky prototyping that happens early on as we’re trying to figure out how to translate this feeling into something players can experience. That’s a hard challenge in its own right, but it’s even more difficult when you have to plan your schedule 3 years in advance and know whether it’s time to kill an idea that isn’t working or give it another month.

And following on from that is there any of the two games that you’re more proud of, or that you enjoy playing more?

I’m very happy with the way both games turned out, but I’m still amazed by how simple and unusual the core mechanic of The Unfinished Swan is — after watching one second of gameplay, players “get it” even though the “it” there is something they’ve never seen before. I can’t actually play either game anymore. I’m not sure if it’s working on them for 3+ years, or if it’s watching 100+ players go through them, but when I see the games now what I notice most are all the tiny flaws we didn’t fix. It’s a little sad, but it’s a helpful perspective to have for the last year of development since that’s what you need to polish it.

Now I know you’ve not long released What Remains of Edith Finch, but do you have any plans for the studio’s next release?

Our next game is still vague, but I expect it’ll have something to do with the way it feels to watch animals move. I’m very interested in the movement of all sorts of animals, and also in the way humans feel naturally drawn to other living things. I have no idea what the game will be yet, but that’s the feeling I’d like to explore in our next game.

Before we finish we always like to ask established people of the industry to offer a few words of wisdom for people wanting to get into game development. So what advice would you offer to a budding young student or someone who is currently working on their own projects from their bedroom?

I think it’s helpful to learn enough about every discipline so that if you had to, you could do that job yourself. You’re probably not going to be a great programmer, artist, designer, animator, and producer, but having basic skills in each of those areas is very helpful. If you’re a team of one, then obviously you’ll need to do all those jobs, but even on larger teams, it’s great to be able to make your own crude prototypes to help communicate your ideas to the rest of the team and it also gives you a much better sense of how each discipline works and consequently how you can all work best together. To put it another way: learn to do everything without a team, so that eventually you can do things better with one.

And finally, for a bit of fun, tell us the most embarrassing thing to have ever happened to you.

The first story that comes to mind is a time when I was 9-years-old, and I heard noises from downstairs that I was convinced were coming from robbers. I had to pee very badly but didn’t want to leave my room, so I opened the window (I was on the second floor) and leaned out to pee from it. After I finished, I noticed there was an adult in the house next door, looking up at me. He had a quizzical look on his face, then he gave me a big thumbs up.

And that about wraps it up. We’d like to thank Ian Dallas for taking the time to take part in our Q&A and for giving us an excellent insight into Giant Sparrow and their games. As usual, you can find a short bio from the developer and links to their social media pages and websites below:

Developer Bio:
Ian Dallas is the Creative Director at Giant Sparrow, a game developer whose mission is to make the world a stranger, more interesting place.