As a reward to all you lovely people for making it through Monday, we thought we’d bring you another exclusive FULLSYNC interview. This time we’re getting to know a little more about the German indie studio Rinober by chatting to their main man Stefan.

Hello Stefan. To kick things off for us, why not take a moment to introduce yourself to our readers.

My name is Stefan, I’m from Germany, and I’m currently studying English and art. On the internet, I’m calling myself Rinober. Yes, maybe this sounds weird, I know. It’s pronounced [rɪnəʊbə]. I hope this helps! It’s a mixture of a rhino, hippo and my imagination. I’ve always liked to play games and I love to make games myself since I was a teenager. I love to be creative and share my creative work.

And how about going into a little more detail about your career in game development?

I mainly work with the RPG Maker series because I’ve fallen in love with it when I was young and had much time to explore the area of (easy but powerful) indie game development (or rather hobby development). I love RPGs because of their amazing worlds, stories and characters you get to know better and better during a game, and that all that was created by some creative people. I knew that I’d like to make something like that too, and that’s when I started making some games myself. As JasonWeal I shared some of these games on some forums. Now I’m selling my first commercial game as Rinober, so my official “career” in game development has only started a few months ago.

We know you’ve recently released your latest game Dark and Bright, and we’ll get to that in a second, but what other titles have Rinober developed so far?

All my games were one-man projects. Dark and Bright is my first commercial game that is available in English for a global audience. Before that, I created some games with the earlier versions of RPG Maker called “Demon’s Banishing”, “Extramundae”, “Psychix” and “Wer tötete Eisbaer?”(~Who killed Icebear?). These games are German only, some of them uncompleted, and that’s why I don’t officially promote them or anything. There is still a trailer for Extramundae on my YouTube channel though.

As Rinober, I wanted to start something new that looks more original. 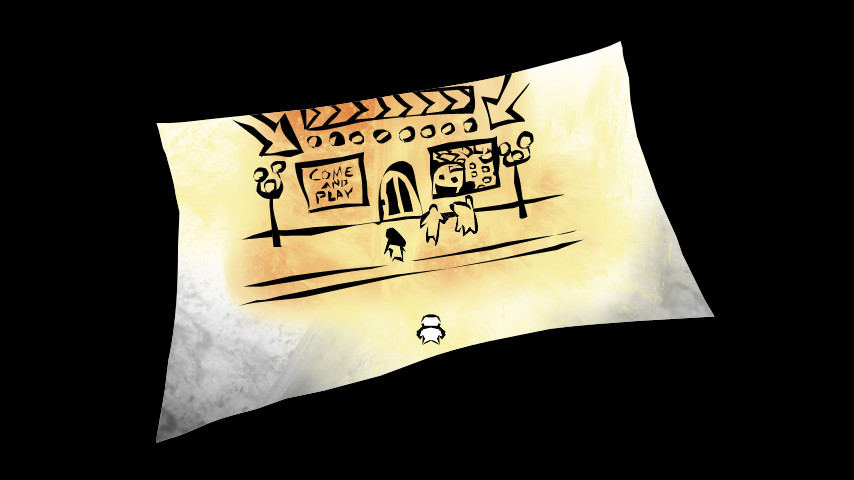 Ok, now tell us a little bit about your latest release, Dark and Bright.

Dark and Bright has been released in November 2017. It took me two years (and another one for translation) to complete the game.

And what was it that inspired you to make this game? Is this a genre you’ve always been a fan of?

Originally, Dark and Bright started as a short novel. I wanted to write down things that worried me in my life and that I thought I noticed in other peoples’ lives too (and that happened almost daily). I started to develop a character who kind of represents many of my own thoughts and embedded everything in a story. I’ve never finished that novel but started to make a game out of this. I had the feeling that I needed to tell that story with the help of images rather than words.

I’ve always liked the idea of combining RPG with other genres and elements. In my very first game, Demon’s Banishing, I already did so, and I further developed that idea with Psychix, and with Dark and Bright I tried to sum up the ideas concerning gameplay that I’ve developed over time. In Dark and Bright, however, this kind of gameplay starts to make more sense, which is only conveyed in a metaphorical way though. I think that it might not be easy to read or understand (spending time in levels or certain “stations” in life, doing some automated, repeated thing like collecting weird orbs, and even after changing stations this obscure task stays the same).

What have you done to make Dark and Bright stand out from its competition?

I wanted to do something special about the graphics. I tried a lot from very time-consuming and detailed stuff to very easy and childish graphics, and ultimately, found the idea of simple but bizarre graphics very satisfying for the whole setting and idea behind the game. Everything was supposed to feel a bit different. I hope that people who played the story might understand a few things better and why the game looks like that. I wanted everything to be a bit weird and confusing, but it was supposed to make sense in the end. 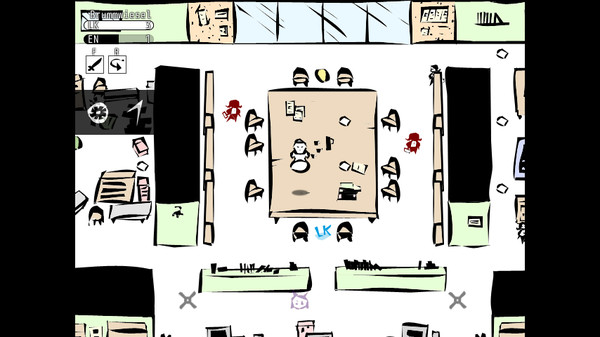 Now for some more technical questions; what software did you use to develop your games?

I used RPG Maker VX Ace to develop the game. Of course, that helps a lot since I’m not a programmer, but rather like to focus on the visual part of my game (time-consuming enough :-]). The good thing is that there are many good programmers out there contributing to RPG Maker games by sharing their plugins and expanding the possibilities of RPG Maker.

I mainly use Photoshop for the graphics.

And following on from that, were there any parts of the development of this game that proved particularly difficult to get to work the way you wanted?

Since I didn’t really use the RPG Maker engine for what it might be best suited for (the realization of more classic RPGs), some elements concerning the gameplay were difficult to realize, for example, the special abilities of the main characters.

And final question on the game, in 10 words or less, sum up why our viewers should check out Dark and Bright?!

Emotional story. Everyone faces dark and bright times in life. 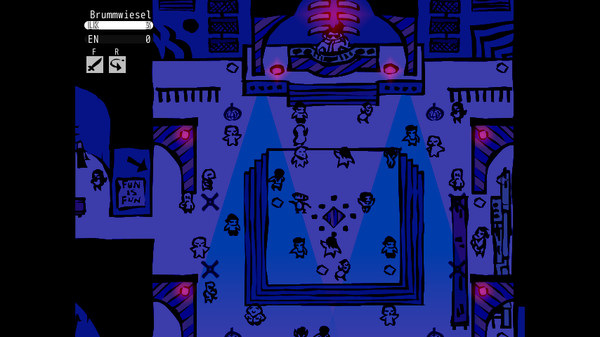 Just a couple more general questions to tie things up; firstly for people looking but are maybe too scared to venture into game development and start up a studio like you have, what advice can you offer? Are there any particular pieces of software you would recommend for beginners?

Since this is not my main job, I wouldn’t really feel comfortable giving someone advice. However, I think that attitude is everything. If you want to do it, do it. Do it the best way you can and believe in your game. Love your game.

Concerning software, try to find the one tool that best suits your needs.

And a little topical question for you now; with rumours for the PS5 and Xbox Two starting to build ground, do you think there is still a future for game consoles or is the inevitable going to happen where all gaming ends up on PC?

I love game consoles. This is where everything started for me, playing Mario Kart with my primary school friends when I was a child. Even today I like sitting on the couch and playing comfortably while drifting into other worlds. Console games have inspired me a lot and they make me feel more immersed than computer games. I feel a bit different when playing on the PC. I can’t exactly explain why. Maybe it’s because it’s my main working tool at the same time and my body reacts to that (?). I’m just two clicks away from reviews, tutorial videos, guides or ultimate playthroughs on YouTube etc., I see others playing a game more efficiently or creating amazing stuff in city-building games, etc.. I feel more hectic and can’t stop to compare everything with everything else when playing on the PC.

I sometimes miss the old days when I was truly able to relax and let myself easily be entertained by games, making my very own experience with everything.

I hope that game consoles will have a good future, although I think mobile games will become more and more important and lucrative. I don’t like that development too much, I think it will just make our everyday life even more hectic and less personal.

Having said that, I’d really love to travel back in time now and sit on the couch with my friends again, playing good old (non-network) multiplayer games and just have fun while Mom brings some cookies.

Of course, we also played outside before that to earn that kind of treatment! 😉

Bringing back memories for me now as well, you can’t beat a good couch co-op game. Anyway, to wrap things up and for a bit of fun; where is the most exotic place you’ve ever visited, or would like to visit?

Japan! No, I’m not just an anime nerd. I’m interested in everything, their culture, language, lifestyle, behaviour, food, landscapes… It all sounds fascinating to me. I feel an urge to travel a lot in the future.

And that wraps up our exclusive interview with Stefan, the man behind Rinober and his first commercial game Dark and Bright. Hopefully, you’ve enjoyed learning more about him and will go check his game out. As usual, you can find all the links and stuff you’ll need to become his creepy stalker below.

Is officially an indie game developer since 2017, when his first commercial game Dark and Bright was released.