Draw something: Max – The Curse of Brotherhood Switch review

Anyone with a younger sibling has tried to wish them away at some point – I have two of the little buggers and if either of them got sucked into a portal by a giant forehead monster I’d buy the ugly square lurcher a pint. It’d be a Wetherspoons pint, mind, so it’d be half beer, half crushing despair, with a side of food poisoning – but these days you take what you can get.

Older brother Max has two problems – firstly, he looks like a miniature Syndrome from The Incredibles, and secondly, the aforementioned monster (who could be a mascot for male pattern baldness awareness) has just plucked his annoying brother Felix into a realm of exploding frogs. Either out of love for the little sprog or fear of losing a pair of readily transplantable kidneys, Max dives into the portal after him, with nothing but a presumably infinite supply of hair gel and a magic marker to see the journey to its end. 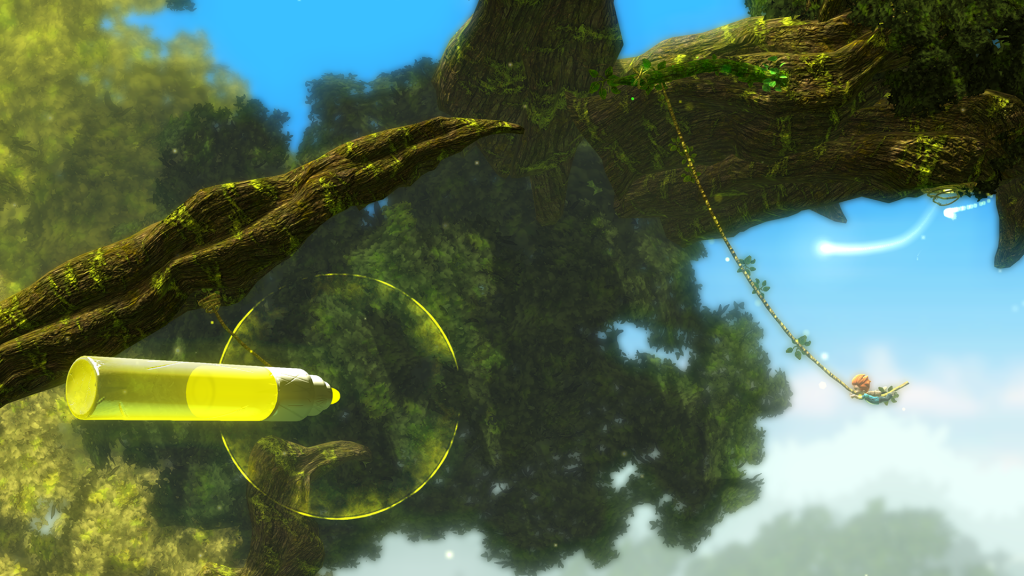 Max: The Curse of Brotherhood has been out on most other platforms for quite some time – as early as 2013 – but having just found its way to the Nintendo Switch, unofficial home of portable indie darlings, it’s a chance for those of us who missed out on the initial hype to play the game on trains, lunch breaks and toilets everywhere. The Switch has that unique advantage of being able to slot in around busy lives and packed schedules (not that I’m one of those – I played my way through Max waiting for WoW dungeon queues to pop) and games like Max will often find a whole new crowd amongst people who might have missed it entirely on other consoles. It’s a great fit for the Switch, the sidescrolling platform-puzzling easy to drop in and out of, with enough substance and variety to keep you more entertained than simply distracted as a typical mobile title would.

Let me start this in earnest by saying that Max is an all-round visual and audio treat. The graphics are Pixar-esque and the voice acting/character design lives up to that high standard too. It’s straight-up charming from the get-go, even the monsters managing to look round, fuzzy and hideous all at once. The lighting is flawless, from old-West wastelands to shady forests and lava-ridden caverns. Mid level cutscenes will span over upcoming sections, which gives you an idea of how to progress and shows off the design all at once. The game is split into levels with varying backdrops, but the story progresses in a way that makes it feel like one long journey rather than a series of disconnected zones. The world crafted throughout that journey is splattered with quirky beasts and environmental puzzles, combining in unexpected ways to elevate Max above your standard 2.5 run and jump adventure. 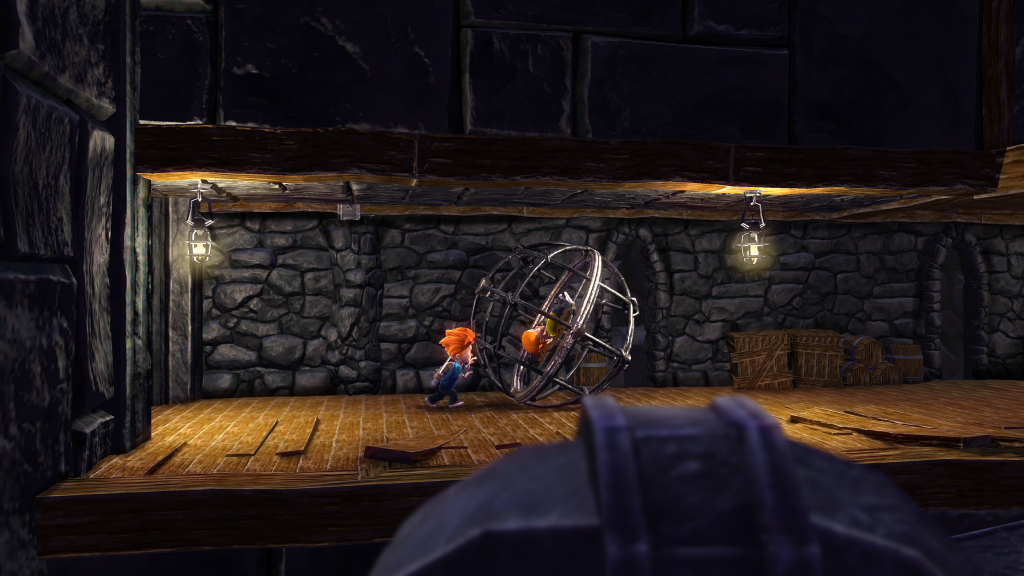 Unlike most small children I know Max doesn’t carry a knife in his backpack, so when a chance encounter with a pensioner seeking to arm you against the dangers ahead pops up early on, the only thing he has to hand is a magic marker – which the kindly old lady promptly deposits her soul into, giving our hero a way to create a path forward (That was nice of her. The only thing my grandma ever gave me was second-hand smoke). The pen is the game’s gimmick, and the key to navigating most of the puzzles you encounter. It increases in power as you progress, which keeps things fresh, and creates the opportunity for some ingenious problem-solving. Raising platforms, drawing vines, growing branches – at first you’re doing these things in a very singular way, but eventually you’ll be combining them with environments and each other to forge forwards, and for the most part, it’s bloody clever. Towards the end, though, they can feel frustrating, demanding an unnecessary level of precision that hamstrings the flow of the game and creates some artificial length. Despite that it’s hard to argue against the devious designs and fraught, fast-paced chase sequences, well thought out and implemented as they are.

The Switch handles it very well for the most part. There seems to be very noticeable frame rate drops in certain sequences – usually with heavy foliage or lots of background, and while this isn’t a deal-breaker, I find it hard to believe this is entirely on the Switch’s relatively limited graphical grunt, as other titles with similar visuals don’t have that struggle. I’m obviously not drawing comparisons to Super Mario Odyssey or Breath of the Wild here, but given how charming and colourful the game is, it’s jarring when that frame rate bottoms out. 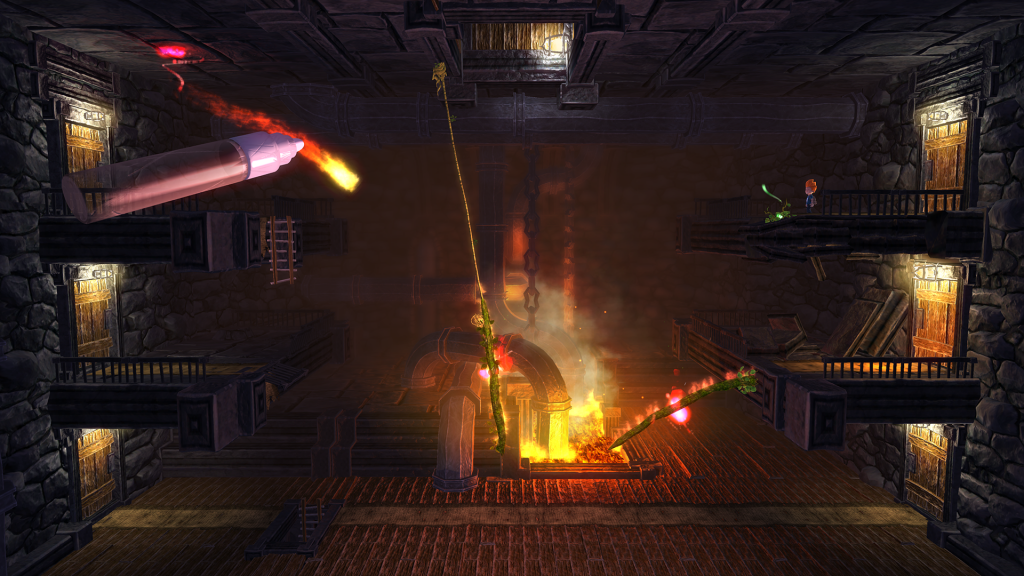 I don’t know whether it’s the Pixar-y graphics or moments of indisputable ingenuity, but despite some of the minor performance problems and chafing difficulty of the later puzzles, I find myself wanting to recommend Max on Switch. It’s not a game I would have ever thought to play on PS4 or Xbox but it’s right at home on Nintendo’s little console that could, and a solid addition to your library. It’s not going to redefine the genre or knock your socks off, but it is very, very good at what it does, with the added bonus of being lovely to look at. The puzzles are smart, the characters look great, and I have learned ahead of time that I can’t deal with failure on the Switch without wanting to lob it at a wall, which has saved me hundreds of pounds and cancelled a preorder of Dark Souls: Remastered. Invaluable.

Max: The Curse of Brotherhood is available on Xbox One, PS4, Nintendo Switch, and PC. You can find it on Steam here. You can also check out our range of game reviews here.