Bounty Battle review: Does it pack a punch?

Starring a whole heap of indie game heroes, Bounty Battle is a Smash Bros style brawler that aims to put a new spin on the genre. The trailer for Bounty Battle greets you with beautiful, fluid animations and a pulsing chiptune soundtrack which builds a lot of hype for the gameplay itself. Does this indie take on arena fighters live up to the trailer’s promise?

Loading Bounty Battle greets you with a basic splash screen detailing single player mode; which includes the tutorial, tournament, challenge and training room. Versus mode consists of local versus mode but has no online capability. Bounty Battle can be played online utilising Steam’s Remote Play, however. Your mileage may vary with Remote Play, though – as latency issues are a real fun-killer with fighting games.

The tutorial begins with a brief overview of basic movement; how to dodge and teleport, progressing to basic attacks, aerial attacks, and special attacks. There is no training dummy NPC to fight against initially which leaves you foolishly sparring with the air. It would be helpful to have an NPC during this first part of training so you can get a feel for how the fight mechanics work straight away. After the inital run-down, you face off against your first enemy before completing the tutorial. The controls are easy to get used to and feedback is quite responsive when using a controller.

There is a large roster of indie game heroes to choose from, starring characters from Dead Cells, Owlboy, and Guacamelee! to name just a few. It’s impressive that Dark Screen Games have managed to pull together such a diverse array of combatants.
The characters may look different, but they all handle the same – there’s no differentiation between big, slow brawlers and small, quick ranged fighters. This is a vital part of a fighting game’s inner workings, and the absence of it really glares

During gameplay you are awarded bounty points for executing attacks. The more varied your attacks, the more points you can rack up. Points can be lost for spamming the same attack, which is actually a little bit of genius. Bounty points can be used to unlock minions that fight alongside you in battle or for conducting powerful attacks. Winning a battle causes a bounty to be placed upon you, giving your opponent even more drive to exterminate you for the extra points, and glory of course.

The backgrounds are beautifully made and the effects used in some arenas are very complimentary to the range of environments – especially the forest stage, which has flowing water effects. The lighting system further adds to the atmosphere, bringing the gorgeous backdrops to life with splashes of warm colour. Overall, the artstyle works well to unite characters from various games.

The foundations that Bounty Battle has laid so far are pretty solid although there are major tweaks needed to make the game more enjoyable. Whilst the arenas may be visually distinctive, there aren’t many practical differences – adding some diversity would help to keep Bounty Battle vibrant and stimulating. As it stands, there are only a small amount of maps that have platforms which causes the game to fall a little flat, detracting from the high energy feel that it builds with the intense sountrack.

Considering Dark Screen Games consists of an incredibly small team, they should be proud of what they have accomplished with Bounty Battle so far. In its current state it is difficult to recommend, especially with its price tag. I just hope that they keep updating it as it has the potential to become a decent indie fighter.

You can check out Bounty Battle on Steam here. Why not check out more of our games reviews here?

The soundtrack is one of Bounty Battle's best features

Characters have more or less the same feel when fighting 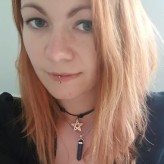