PlayStation has long embraced indie games. Ever since its launch conference back in February 2013, Sony has been adamant about its close relationship with independent developers, seeking to launch the next big indie hit to stardom. Seeing how Minecraft and PUBG blew up around the world after starting from one or two programmers shows how it is of utmost importance to empower and join indie developers in their quest to conquer the gaming landscape, and its latest addition to the library of games is a cute little puzzle game called Expand.

It is honestly, along with platformers, the most cliché genre to develop for if you’re an indie dev, but this does not mean that all the puzzle games done by unknown developers are to be trashed. Expand is a very strong case as to why. Expand is a monochromatic puzzle game which revolves around a red cube which has to traverse through a series of mazes and walls in order to get to the other side. Most puzzles are taking part in circular walls, but there are the odd fullscreen puzzles as well. 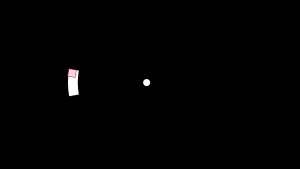 Puzzles are, as mentioned above, mainly about traversing a series of walls to get to an end-point on the other side of the screen, a small bar which your cube has ample space in, which takes you to the next “room” of your puzzle. The puzzles can be a bit confusing at first. For example, I was at a loss whether I was making any actual progress or not by moving through these rooms, but after about an hour of playing time, then you begin to familiarize with the game and learn about its patterns. This process of getting to know the game is not done much in other titles, and I feel that it helps you get a good understanding of the game before progressing too much, which is a huge plus to Expand.

The gameplay of Expand is simple. You move with the left analog stick, trying to wiggle around the many walls which the game makes you face. You have to pay attention, however, to red surfaces or lines as you will die and have to restart from the checkpoint of that room or restart the room altogether. You can also die from getting crushed, either between two moving black tiles or a moving black tile and a solid wall. Being quick in your movements is key to successfully traversing the game, but knowing when to move and when to wait for a block to fly by is equally important.

What will definitely make Expand stand out from the rest, apart from its fun and original gameplay, is its soundtrack. The music will strike a chord as soon as you launch the game. That was my first sentence as well upon firing the game. “Wow, this game will be a treat” is what I thought, as I love music and especially music in games and film. There’s nothing I love more than a good soundtrack, and Expand most definitely has one. 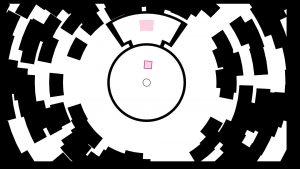 Basically, if you’re on the lookout for a puzzle game which is not too frustrating yet is able to offer a challenge, Expand is the game to buy. It mixes music and puzzling so well you will be pretending future puzzle games do it too, and why not? The result is so good everyone should make this game an example.

Expand is currently available on PC, Linux, Mac and PS4 (reviewed). You can also purchase the game + soundtrack edition, which is the one I recommend. DO IT.