Survival of the fittest? Escape from Tarkov preview

We gave our good friend RhysHasSpoken a key to put Escape from Tarkov to the test. Read on to find out his thoughts on this new FPS survival game.

Survival games have flooded the gaming industry over the last year with big titles like PlayerUnknown’s Battlegrounds, H1Z1: King of The Kill and DayZ but is there room for one more? Battle State Games think so with their new game, Escape From Tarkov.

The game itself is a dark and mysterious first-person shooter survival which when first seen, comes across as a mix of DayZ with Rainbow Six: Siege. On first boot up, you are greeted by a screen asking you to pick your side, of which there are two to choose from. Firstly, you have the Bears; a Russian orientated group of ex-special forces officers. The alternative is the USEC, an offshore subcontracted military group. Neither choice really hinders you in-game but just gives you a slightly different look to your character, similar to games like CS:GO.

Once you’ve picked your side you’ll be presented with two more choices which ask you to select your main character or a Scav. The difference? Your main character is essentially just more customised, whereas being a Scav is a quick and nimble scavenger class that everyone has access to. Scavs are ideal when you want to quickly get in and out of an area to pick up items for your main character. 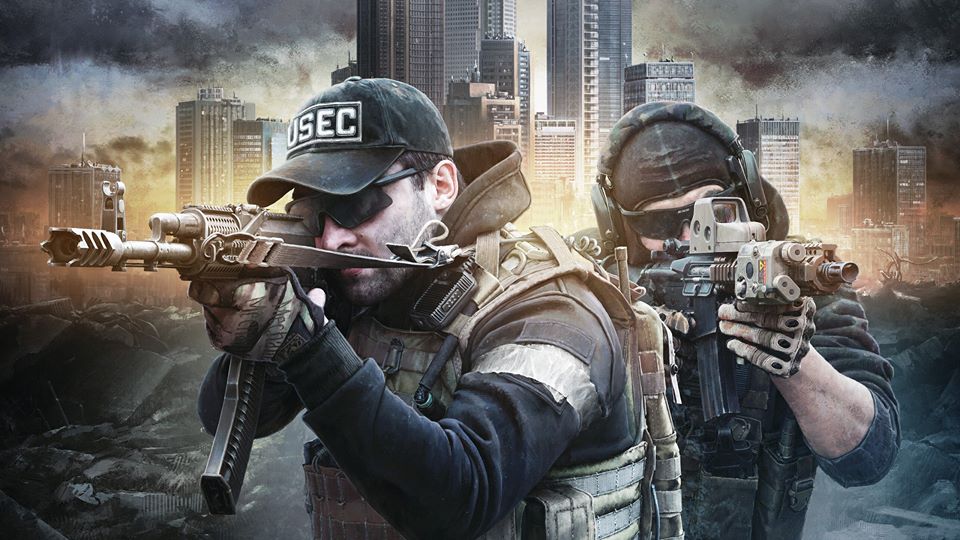 On my first play, I decided to play as the Scav, to get a taste of the map and see how the game played. Unfortunately, on the first spawn, I died instantly due to a player who was already in the game and camping at my spawn point. I wasn’t sure if this was just unfortunate or bad spawning, but due to this mishap, I had to wait half an hour before being able to play as a Scav again. So without any other option, I went straight in with my main character who from the first inspection only had a backpack and an axe.

Due to this spawn equipment, I assumed that this would be a “scavenge for weapons” kind of game, similar to DayZ. After half an hour of scavenging, the only things I came across were bullets and various other supplies to help keep me alive. This frustrated me slightly, due to being a very aggressive PUBG player, not finding any guns while you have someone running around you reloading every 30 seconds was quite off-putting.

Much like my first life, my second sadly came to an end in what was becoming a series of unfortunate events. This time was due to a player that I couldn’t even see due to the low light effect I guess the game was going for. As nice as it looked though it made the game rather hard to play, that is unless you were in a very well lit area or had a night vision attachment. 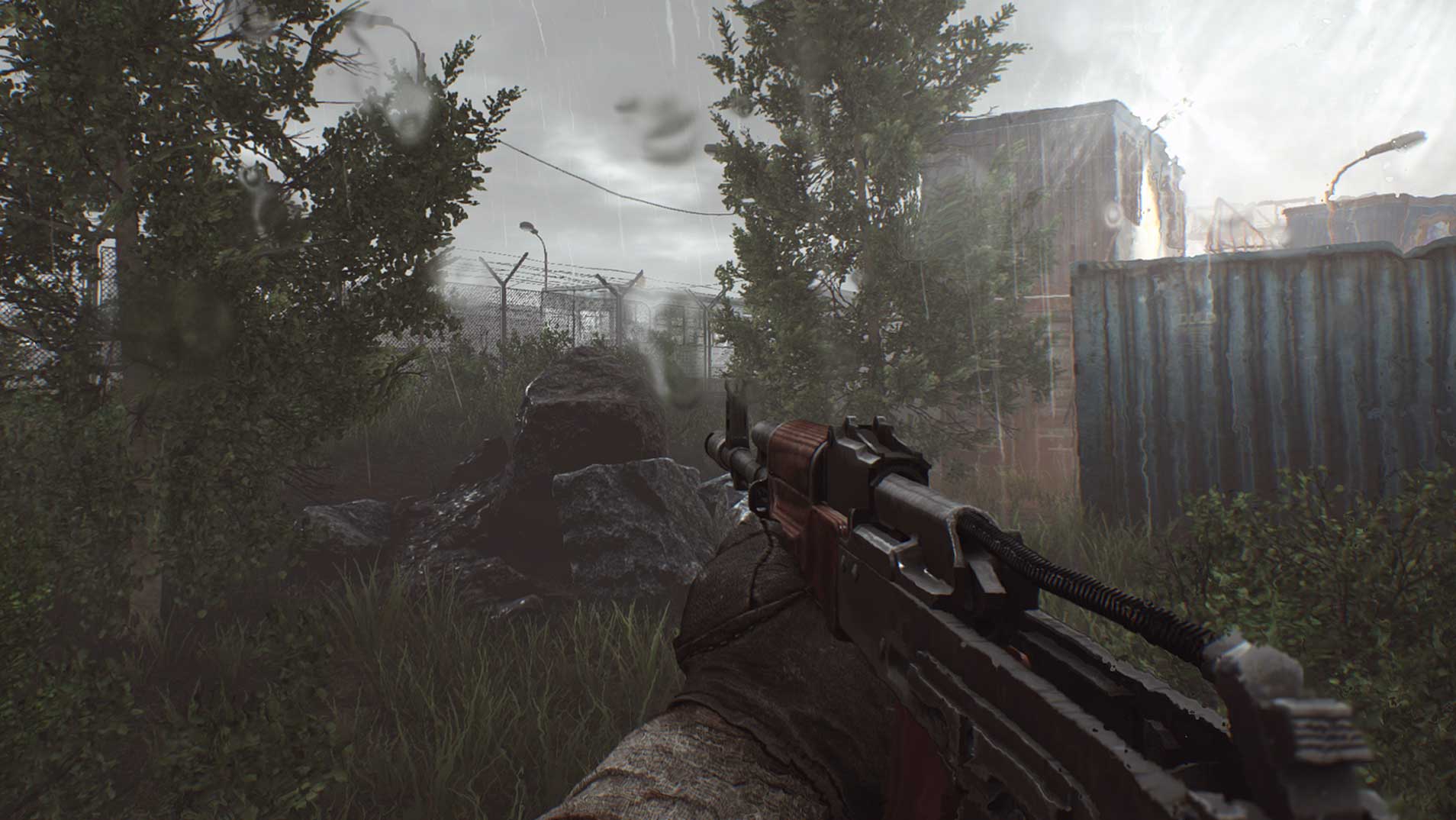 I took a breather before I ended up turning one of my weapons on myself and thought I’d look around the game’s settings to see what the inner workings were like. In my PC, which currently runs a 1070 with a 7700k, the game ran at its highest setting with ease. So, for anyone that is looking to play this game on full release, I feel there shouldn’t be any problems for slightly lower equipment. While scouring the settings, I came across a submenu with various different guns and attachments, this is where I discovered I was able to customise my loadout for the game when playing with my main character. This isn’t very well advertised, and neither is the objective of the game while playing really, as I felt the games partial main objective was just to run around and shoot other people with scavenged equipment. But, as the name dictates, I feel that there is an alternative objective that needs to be completed but is not very clear.

On re-entering the game for the third time, with guns and attachments galore, I came to find that there is no damage indication when you finally get the chance to shoot back at someone. This was quite disorientating as I had to wait until the other person pretty much died to see if I was making any of my shots. Unfortunately, I also couldn’t see the bullets travelling through the air either so it seemed as if I was just shooting lasers at my enemies and hoping they died after 2 or 3 shots, the FPS equivalent of button bashing in a fighting game. 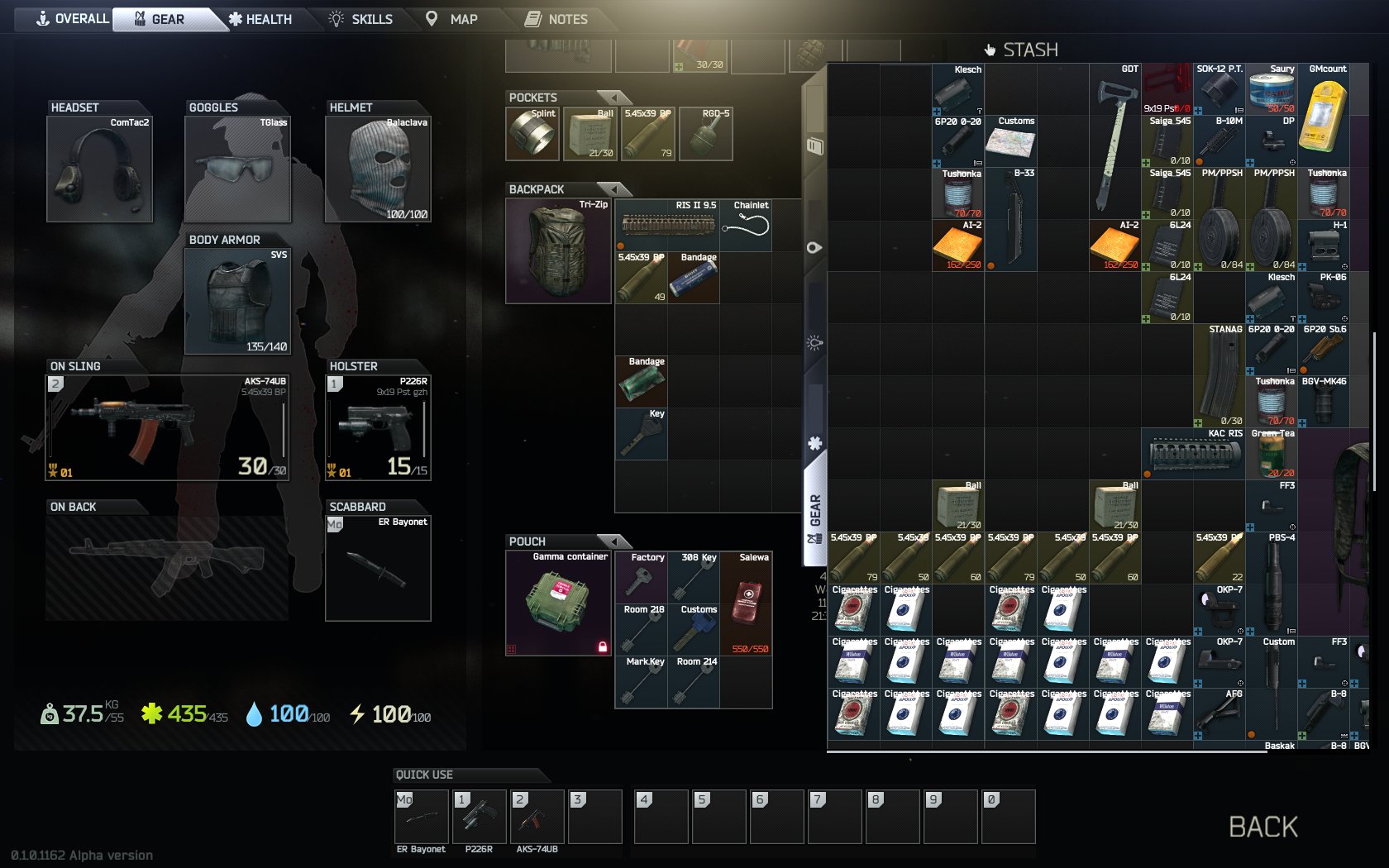 I also realised either I’m the unluckiest person alive, or my point about spawn points not being great was right, as I seemed to keep getting pinned in an area where people constantly kept spawning. Due to being trapped in by my enemies, I needed to find my way out. This revealed an interesting game mechanic which I certainly feel will come into its own element in multiple gunfights, the ability to breach and enter doors. On approach to a door, a submenu would appear to which you could use your scroll wheel to select a choice from standard opening, to several different breaching options. I loved this feature as this won me two gunfights with the breach and flash feature coming into effect (take not PUBG!).

Overall, this is a very early access games that needs a lot of kinks ironed out. But, in the world of survival shooters, Escape From Tarkov could give the big boys a run for their money on a full release.

If you like what we’ve had to say so far and want to preorder Escape from Tarkov for yourself, you can do so by clicking HERE which will take you to their official website.