Have you ever wondered what it would be like to be a mangy street cat trying to cross the road? Well, now you can experience it first hand! Run Kitty Run is a game developed by Confused Pigeon Studios designed to give you and your friend’s a meowtain of a good time. Simply put, your objective is to make it across the street using your skills and items to dodge vicious doggos.

The mechanics of Run Kitty Run are pretty simple. Right click to victory! Using your mouse you maneuver the kittycat through the maze of dogs and puddles. It is easier if you hold the button down of course, giving you more control over the character.

Unfortunately though, if you do this you will need to turn the sound effects off because you might mistake the audio for your computer crashing. I hope they replace it with a slurry of meows, to be frank. Meow.

You are given four ability slots and 8 item slots in which you will be able to upgrade your cat and blaze through the streets. These are pretty helpful, ranging from a speed boost to items that revive your teammates. It’s pretty cool. A rather sorrowful detail of multiplayer is the fact that when a round ends with your mates, you’re kicked out of the lobby and back to the start screen of the game as if you just loaded up.

This makes it a little annoying to play continual matches.

The music in the game is pretty chill but could fit the chaotic environment the game provides for you a little better. In my solo experience I didn’t mind it at all, but with friends I found it more entertaining to play our own audio, which is a feature I think could do well in a game focused on multiplayer. I will say though that the audio for the movement is quite dreadful and I highly recommend turning the sfx to 0.

The aesthetic of this game feels very Hello Kitty meets GTA. The cats look wacked out which makes it all the more funny when they are running through the broken streets of the city. Amongst the holes in the pavement, busted fire hydrants and blood stains, Run Kitty Run does it job setting you in a world of Chaos.

All in all, Run Kitty Run is an ok game. There are many unlockable costumes, but most of them will cost real money to purchase, and functionally they don’t do anything. There is some work needed on the sound effects and music selection of the game to make it feel more like a cohesive unit.

As fun as it is to run the streets with your buds, it’s really annoying to play for a long period of time because of the lobby reset. The gameplay could use a little beefing up as the items are cool but there is not much of a challenge to the game, which makes victory less rewarding. It’s a good start and I hope they will update it throughout its lifetime to provide more experiences for the players.

Run Kitty Run is developed by Confused Pigeon Studios and available on Steam right now, just click HERE to go check it out. You may well remember the Run Kitty Run from our giveaway where we teamed up with Confused Pigeon Studios to give 250 keys away for free to encourage people to stay home and stay safe. Send a message to games@fullsync.co.uk and we may have some spare codes we can send you. 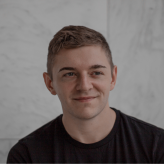