When Organ Quarter introduced its saving system to me at the end of a barebones tutorial, I physically stepped back and said, to an empty room, “I’m not bloody doing that”. But much to my displeasure, I grit my teeth and shoved my head into that TV’s sucking flesh hole. What could possibly go wrong?

The sheer sense of ick present in that first moment instantly chucks any comfort out of the window. It’s clear from that action that this is not your typical jump-scare shooting gallery, Outer Brain are going to make you do some uniquely uncomfortable things with your headset. Suddenly the graphics stop looking just like a simple but effective throwback to the golden age of survival horror and become a cage of wet meat and decaying plaster, claustrophobia setting in as you venture out into the bizarre apartment complex, followed around every corner by unearthly gurgling and building tension. I took a break after half an hour of cautious exploring, using a clever map tool to mark areas I’d already been in and puzzles that still needed pieces, and make no mistake, I was scared. Not unsettled, not grossed out (although it was certainly part of the equation) – physically frightened. My heart was racing, the headset felt like it was trapping me in a pulsating, fleshy hell, and I was feeling a level of deep psychological motion not experienced since I first saw Pyramid Head dry-hump a bundle of mannequin legs.

The visuals are simple but remarkably effective. I would compare it to a real-world transition into Silent Hill’s Otherworld, familiar in many ways but inherently wrong in so many others, and you’re at the center of the ichorous, decaying hell as it descends into further darkness with nothing between you and its inhabitants. In VR, there’s no easy way to catch a breather, leaving you face to face with a legion of horrors, and a lot of thought has been put into how to maximise the effectiveness of the tech’s uniquely intimate relationship with the worlds it portrays. This is backed up with an outstanding soundtrack that contributes immensely to Organ Quarter’s identity, a sort of dark ambience that almost feels warm and fluid, soaking the streets and walls with another layer of grime. There’s certainly room for improvement – while combat is functional it does feel floaty and while enemies look horrible a lot of the basic ones react very rigidly to being shot. A few corners have been trimmed down here and there, but the overall experience rarely suffers for it.

You’re armed, but never well enough to feel like you have any sort of advantage, ammo and health slowly trickling into your inventory as you scour a surreal and hostile environment. Bullets do enough to clear the smattering of personified body-horrors stalking the Organ Quarter but the stress of relying on your real aim combined with intense resource management makes every missed shot a failure that could (literally) stitch you up later on. Guns do nothing to eliminate the creeping, fleshy dread that haunts your every footstep, the real evil an ephemeral, constricting fear that might literally be in every wall, the physical enemies mere symptoms of a greater darkness. 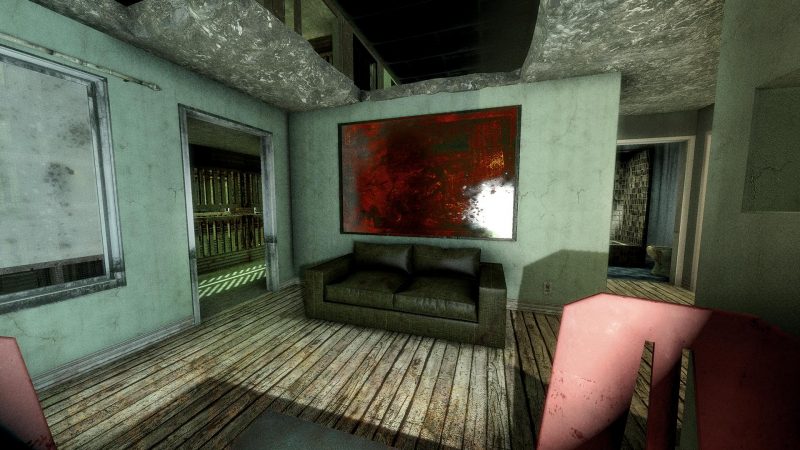 Major credit goes to Outer Brain Studios for crafting a horror experience that doesn’t rely on jump scares. The only time Organ Quarter ever made me jump was when I wasn’t paying attention, which in a genre that has become so defined by the presence of instant, cheap scares shows a deeper understanding of fear on their part. Fear builds like a resource, and when an experience uses a jump scare, it cashes in on that resource early, creating a diminishing return effect for any future fright. You can only cash in on that most basic response so many times before it detracts from any future horror. Organ Quarter lets your brain stew in fear, tactfully making withdrawals from the scares bank at a pace that always has you questioning what horrible thing you’ll see next, instead of going for the jugular and cheapening the experience.  If one of the game’s various chunks of animated meat had leapt out at me the moment I opened a door, every time I entered a room I’d be ready for it to happen again – I’d be on edge, but I wouldn’t be scared any more (saying that, I’m still shitting my pants every time a door slams shut behind me).

The further you descend, the more elements of safety are stripped away. A path that was once straightforward becomes a labyrinth of obscenity, opening and closing around you until you feel shut off from any previous expectations. Your trusty torch, at first more than adequate to light your way, becomes an instrument of claustrophobia, limiting your field of view and giving all that fear somewhere to hide. The puzzles are intricately woven into the tapestry, and require an equal measure of grounded (if not a little twisted) logic along with experimental prodding. Every part of your mind might be pushing you to just get the hell out of there as soon as possible but you’re going to need to backtrack into some nasty places you thought you were done with, and you will be searching beneath every stained bed, filthy toilet or grotty cupboard for supplies. 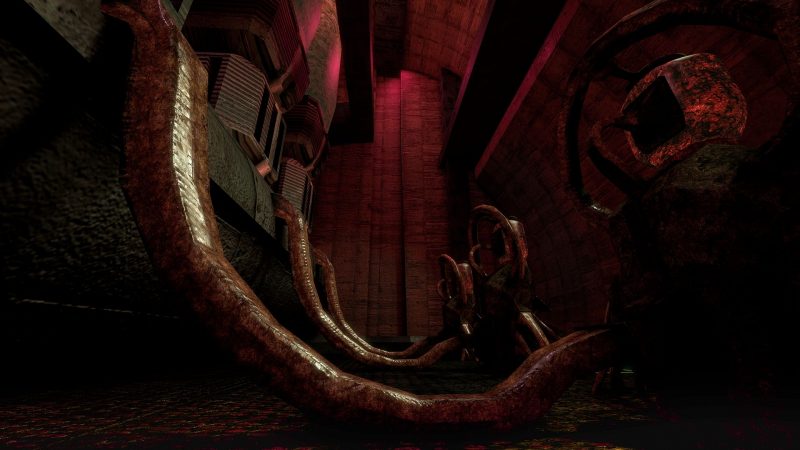 It does start to lose a little steam towards the end, but I have to wonder if this is simply because it sets such a high standard at the start. It’s made with love (and a sprinkle of traumatic nightmares, I’m sure) and far removed from the blockbuster mentality that dominates the big titles. If you’re a horror fan with a headset you owe it to yourself to play Organ Quarter – it’s equal parts love letter to the classics and a brilliant experience in its own right. Any initial complaints about graphical fidelity will fall by the wayside within the first hour as you begin to scrape the surface of a gloriously foul world where it’s not always clear who the real monster is. Outer Brain have unarguably delivered on their Kickstarter promise, and it’s great to know that such a dedicated group of people are playing a part in VR’s limitless potential for the horror genre.

Organ Quarter is available on PC. You can check it out on steam here. You can also check out our other games reviews here.