Nestled in a small unit on a side street just outside Liverpool city centre lies a pretty amazing place. A place where you can escape your normal everyday lives and enter a number of different worlds that see you taking on what would normally be the impossible. From sleighing zombies to saving penalties and even trying your hand at a few different careers, VR HERE is the place where your wildest fantasies can come to life.

Both Liverpool and the UK’s first dedicated virtual reality gaming centre, VR HERE invited us down to come and check out what they had going on. So, with nothing better to do on a Saturday morning as we waited for the next game in the World Cup to kick off, a few of us jumped in the car and drove on down to see what all the fuss was about.

Now, I do have experience with VR gaming, being the somewhat proud owner of a PSVR headset, however, I’ve walked past a few VR arcades such as VR HERE and I have to admit, I never really saw the interest them. I always thought they were quite gimmicky places trying to jump on the VR bandwagon. But, after paying a visit to one myself, I have to say, they definitely changed my opinion on them. 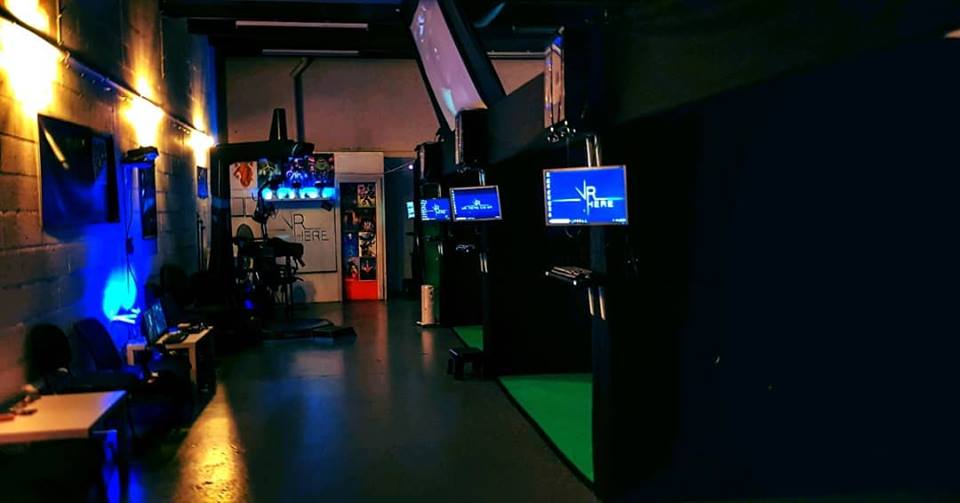 We arrived to a warm welcome from the guy running the place, Bryan, and after a few questions about our experiences with VR gaming and such he let us jump right in to the fun. Starting off with a few games to warm us up, we began playing Space Pirates, which is essentially a VR version of Space Invaders in which you stand on a platform fighting off alien drones, armed only with a small gun and a shield/whip. This is a great warm-up game that lets you get your bearings and get used to moving around and using the controls.

After a few waves we then jumped onto Richie’s Plank Experience, a game in which you walk into a lift that takes you to the top floor of a skyscraper. Except there is no floor when the door opens, just a plank that hangs over the sidewalk. As you walk out, you can see the world passing by around you, and as you step off you can see the building flashing by you too before you splat on the ground. Now, it is a little gimmicky this game, but is a great experience of how VR works and how despite not moving anywhere, your mind is tricked into thinking it is. There are a few mini games here as well, with the one we played allowing you to fly around the city putting out fires. Great fun and again another great game that warms you up for your VR experience.

Having finally got used to the controls, we stepped into a couple of co-op games. First was Raw Data which is another wave shooter much like Space Pirates, except this time you’re taking on robots who I feel were created by Skynet because they pretty much want to end all human life. This is a little more advance in the sense you can move around the room you’re set in, which is called teleporting, and was perfect in preparing us for our next game, Arizona Sunshine.

Arizona Sunshine is a VR zombie shooter where you make your way through the Arizona dessert, scavenging ammo and weapons from abandoned cars, and taking out any zombies you find along the way. This was probably the most advanced VR game I have ever played as many feel like short mini-games or don’t really make the best use of VR but this, this was like playing a normal full game. And where as most games tend to be shoot, reload, shoot, reload, this game actually makes you take care of your ammo and nurse it, otherwise when a wave of zombies find you, you’re about to become a pile of torn up flesh on the floor. 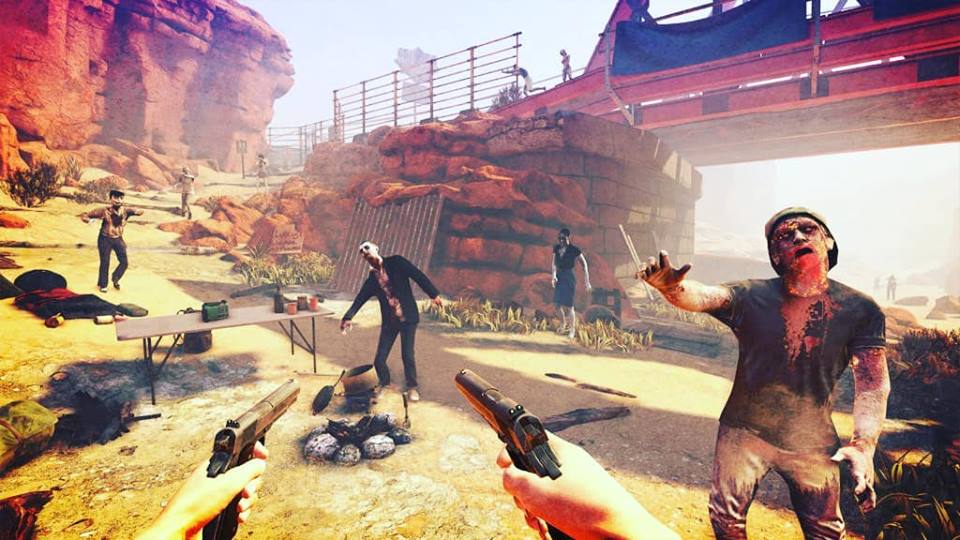 After dying one too man times I eventually took off the headset having become a big sweaty mess, and got to sit and chat with Bryan about the company, VR gaming and about how VR and other technologies are being used and developed. His knowledge of the industry really was quite impressive, and so you knew that this wasn’t some make shift quick money maker, it was genuinely something he and the company were passionate about. And it was partly that passion, combined with our on the day experience that won me over as a fan of VR arcades.

I mean online gaming is great, but sometimes you want to get the mates around and play some couch co-op games, and that simply isn’t possible for most people when it comes to VR. You just need too much room to be able to set up one space, never mind two, and so that’s why places like this offer the perfect solution. With their amazing set-up using HTC Vives in 15ft x 15ft booths, wires running along posts in the ceiling that have retractable cords to let you roam freely, you’re never going to bump into anyone or trip over wires. That said, with those helmets on, you sometimes don’t realise how far you move and even I ended up bumping into one of the walls. But it did save me wrecking up my own home.

So, having won me over, I implore you, if you’re a bit of a sceptic like I was, maybe you’re not even an avid gamer, give places like VR HERE a chance. They’re a new kind of entertainment venue that I’m sure people will see more of popping up in the future, ideal for birthday parties, a stag or hen do, team building workplace exercises or just a family day out. As for those who are fans of VR already, well you don’t need to me to tell you twice, you already know how good it is. 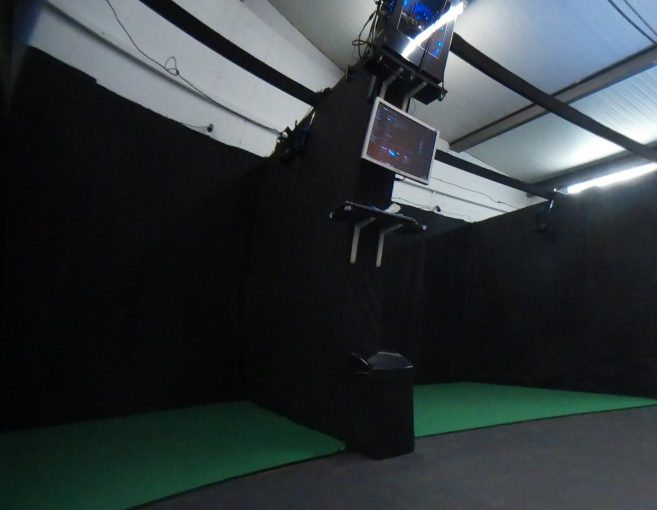 If you think a day out at a VR arcade could be for you, or you just want to try it out and you live in the North West then you can book your own little virtual reality booth, not to be confused with a Virtual Data Room, by clicking HERE to go to the VR HERE website, or contact them using the details below:

Click HERE to learn about some of the top VR headsets on the market.