4A Games specialise in games about apocalypse-stricken Russia – they’re behind the hit adaptations of Dmitry Glukhovsky’s Metro novels, games praised for their spooky atmosphere and tight gameplay. It makes sense, then, that this extremely Metro-but-not title is their VR debut, but while the Oculus Touch exclusive title shares much of the franchise’s DNA, it’s a different world, with story and mechanics built around VR tech.

The opening – trundling through a frozen waste whilst improperly dressed companion Viktoria gives you some exposition – is probably one of VR’s best segments entirely. It’s not because of massive, in your face robots, or disorienting, dizzying heights – more some very human interactions that make you feel remarkably grounded. You feel like Viktoria is genuinely having a conversation with you, making eye contact, glancing away into the horizon, and as you pull up to the titular station, you have to pull an ID card from the glovebox, open a car window, and pass it through. All these little steps build a very tactile sort of immersion that a lot of games gloss over, and it makes the relatively subdued opening moments stick in your mind. When I replayed the intro again to freshen my memory, I was heartbroken when I realised I could just pass the ID card through to the guard without opening the window, which just goes to show you should never look too closely at beautiful things. 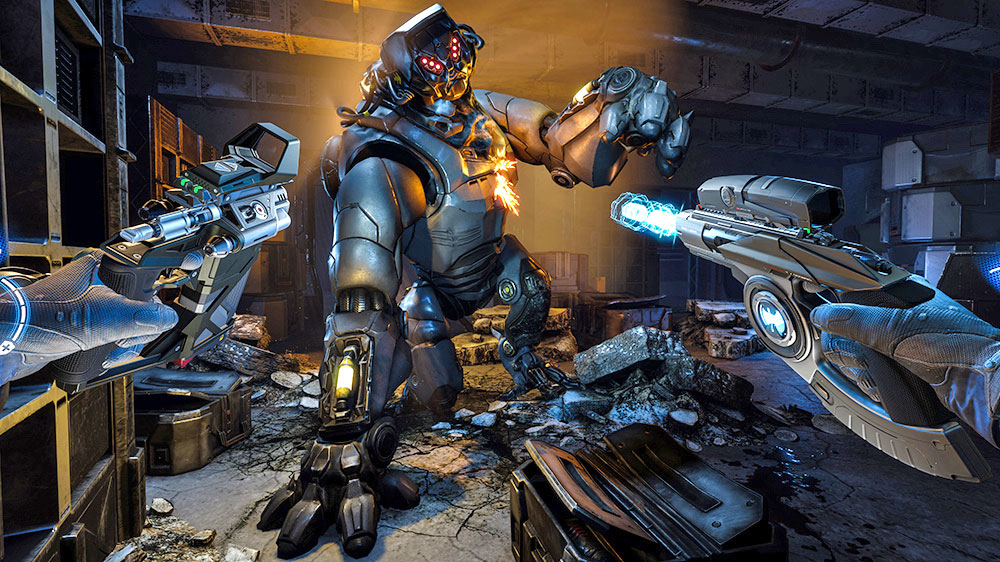 After a tutorial which includes a nice little bit of product placement VRception, Viktoria tasks you with plinking your way through bandit-infested outposts for various objectives. ARKTIKA.1 is built on two pillars – creeping post-apocalyptic atmosphere, and solid shooting. Flitting between different types of cover, having to physically duck behind walls while you flip barrels out of guns to reload, all the while assault rifles rattling above your head in a frozen, decaying mall. Atmosphere and gunplay weave together to deliver a brilliantly realised moment-to-moment experience, each gun having a different feel to the fire, enemies recoiling appropriately. One of my major bugbears with the mass amount of VR shooting galleries currently offered is a lot of enemies act like unflinching bullet sponges, and there’s none of that here. Unload a magnum bullet in a bandit’s head and it’ll snap back before he collapses to the ground, pile bullets into someone’s chest and they’ll stagger. It’s a shooting gallery, sure, but it’s a lovely one.

That being said, my main issue with ARKTIKA.1 is the movement. The node-based teleportation is extremely limiting, and while it does keep the experience trim and tidy, teleporting between a handful of set locations in each shootout feels a bit too arcade-y, chipping away at the brilliant moments that make you feel part of this strangely familiar yet hostile environment. Admittedly you don’t have a lot of time to worry too much about it in the heat of an exchange, nervously firing from behind cars and rubble, pressing yourself against the floor to try and recover some health, but it leaves you wanting more from the game. 4A Games have done a top-notch job of creating a rich, atmospheric world represented through stellar graphics and attention to detail, and I think to do so in a way that was production and resource efficient it had to make some cutbacks. It may be that ARKTIKA.1’s limitations are more a conscious choice to deliver something with massive amounts of detail working alongside a young technology that has yet to overcome a lot of barriers, and though solutions have certainly been posed in one way or another, it’s not a one-size-fits-all kind of situation. By sticking to the safe zone of straightforward teleportation they’ve been able to maximise the game in other areas, and even a short amount of time prodding around the icy post-apocalypse will prove that they’ve achieved that goal. 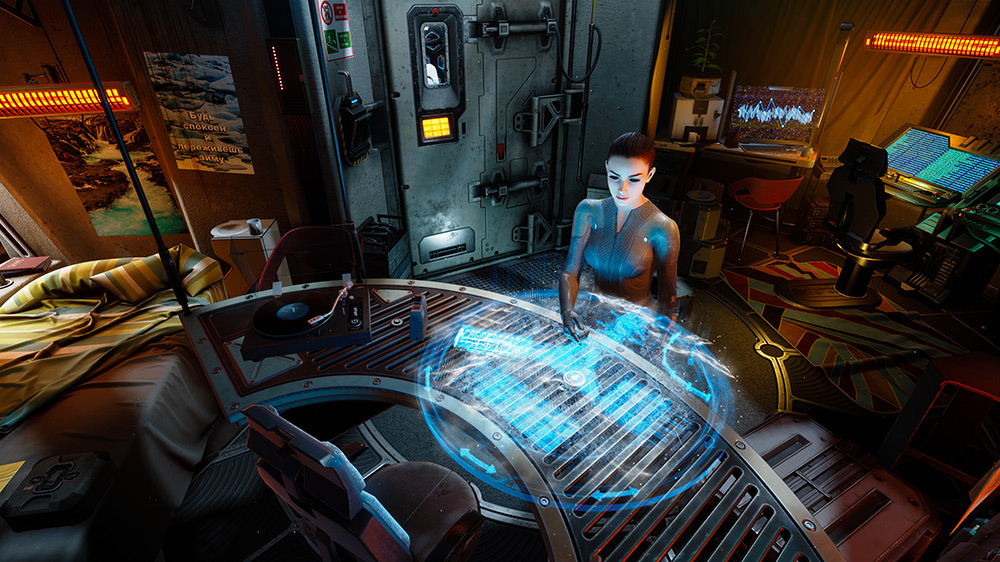 If it ever fell short in what it does deliver, the locomotion would become a genuine issue, but the quality of development is so high that ARKTIKA.1 succeeds in spite of it. There are moments where cannibalistic mutants are coming in from all angles and thanks to the amount of care placed into the environments it feels terrifyingly intimate, distinct, throttling sensations of claustrophobia ironically eliminating any concerns over your teleportation spots. You’ll be on the move so much between your vantage points just to stay alive, and at those times, it doesn’t matter if you’re teleporting or running, because you’re gonna get eaten all the same. I love the world of ARKTIKA. It swings between hope and despair very effectively, and if you’d told me the same game that had me sniggering to myself as an elevator in a desperate bastion of survival started playing cheesy music would also have me sweating profusely as I scraped through another encounter with vicious Yagas, I wouldn’t have believed you. What’s there is great – there’s just not enough of it to feed the desire for more it builds throughout. Still, 4AGames have shown with this first foray that they have the chops to make a brilliant VR game, and who knows – maybe next time we’ll get to visit the Metro up close and personal.