One of the best features of the Nintendo Switch is its portability. From playing on the big screen in the living room to the small screen in the back of a car, you can take the Switch with you absolutely anywhere. But despite there being a small kickstand in the back of the console there is a need for an alternative style stand, one that allows you to charge the device as you play. And Poconic has addressed this with their latest Switch accessory.

As with their last effort, the Poconic Switch Guitar, the design needs a little improvement with cardboard tabs having straight edges as opposed to small indents at the tabs base which act as hooks to hold everything in place as it should. This meant when putting the whole thing together, bits occasionally popped out, and we ended up having to use tape again to keep it together. Still, the cardboard does feel rather strong and in terms of design, which is clearly inspired by the Labo kits, this is one of the better-looking stands I’ve seen on the market.

What I particularly like about the design of the stand though is that clearly a lot of thought has gone into this, with both slots to put the screen in horizontally and vertically, slots for the controls to go in which simulate the look of an old-school arcade machine, and holes in the back to allow decent airflow so that the console doesn’t overheat as well as space for a charger to fit in comfortably. These may sound like nothing more than simple little things, but you’d be surprised how often these small things can be overlooked and end up causing massive problems. 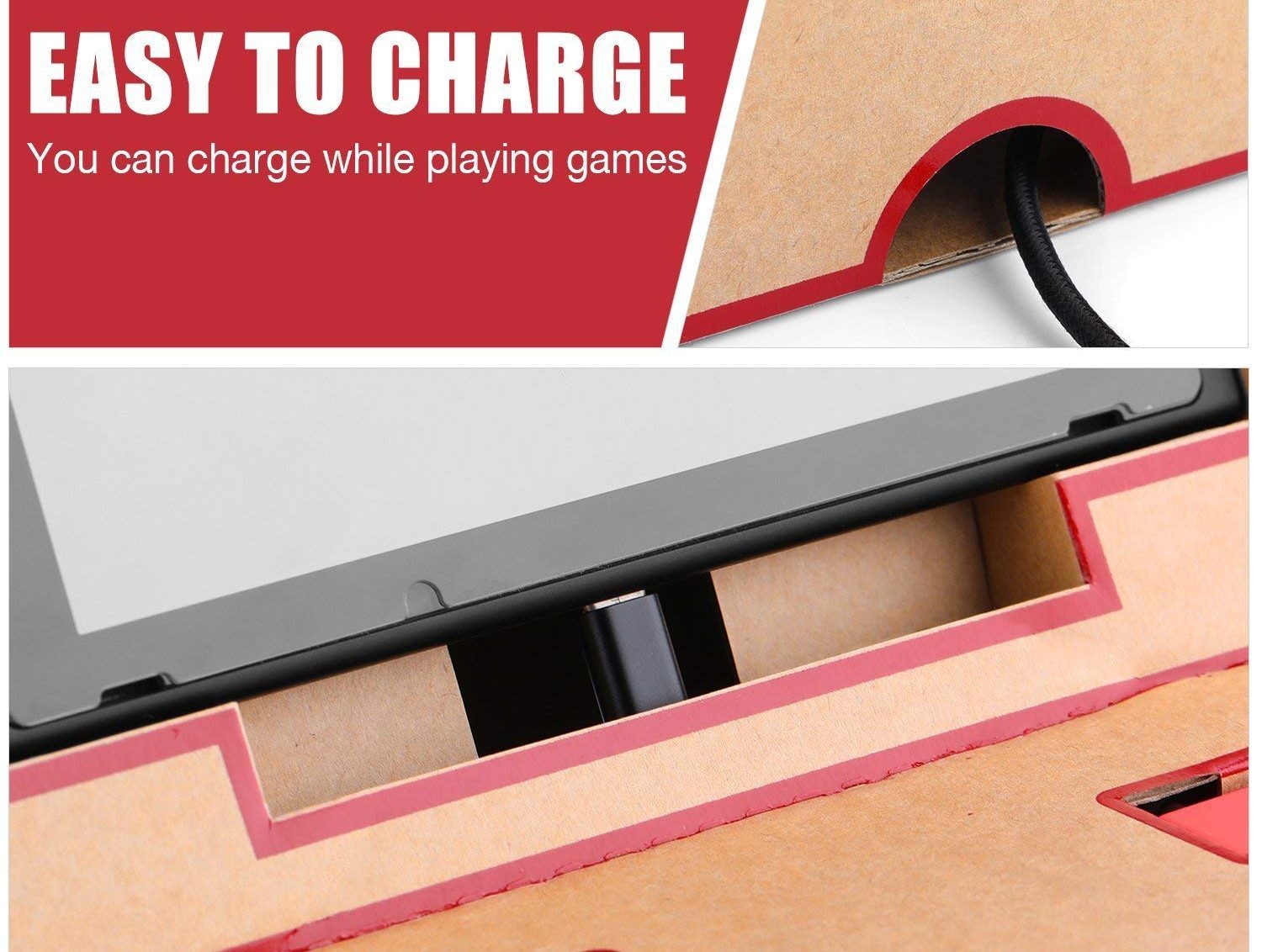 It does what it sets out to do. Acts as a cool looking stand that holds the Switch screen in place whilst you play away with friends, whether you want the screen resting horizontally or vertically. And it does this whilst also offering controller slots so when you decide you’ve had enough, you can pop the Joy-Con away so you don’t lose them.

The fact that unlike some other stands you are able to charge the Switch up as you play is a massive bonus too and not to forget the holes to allow for heat dissipation, which was not found on KJH Switch Stand we reviewed a while back.

The only downside is that unlike the KJH Switch Stand this is less portable. I mean it’s lightweight enough you can carry it anywhere, but it’s a lot bulkier and it’s not as simple as folding in half and popping back open when needed. That said, this is more of a novelty stand that I’d expect people to use in and around the home, rather than taking it with you on long trips or vacations. 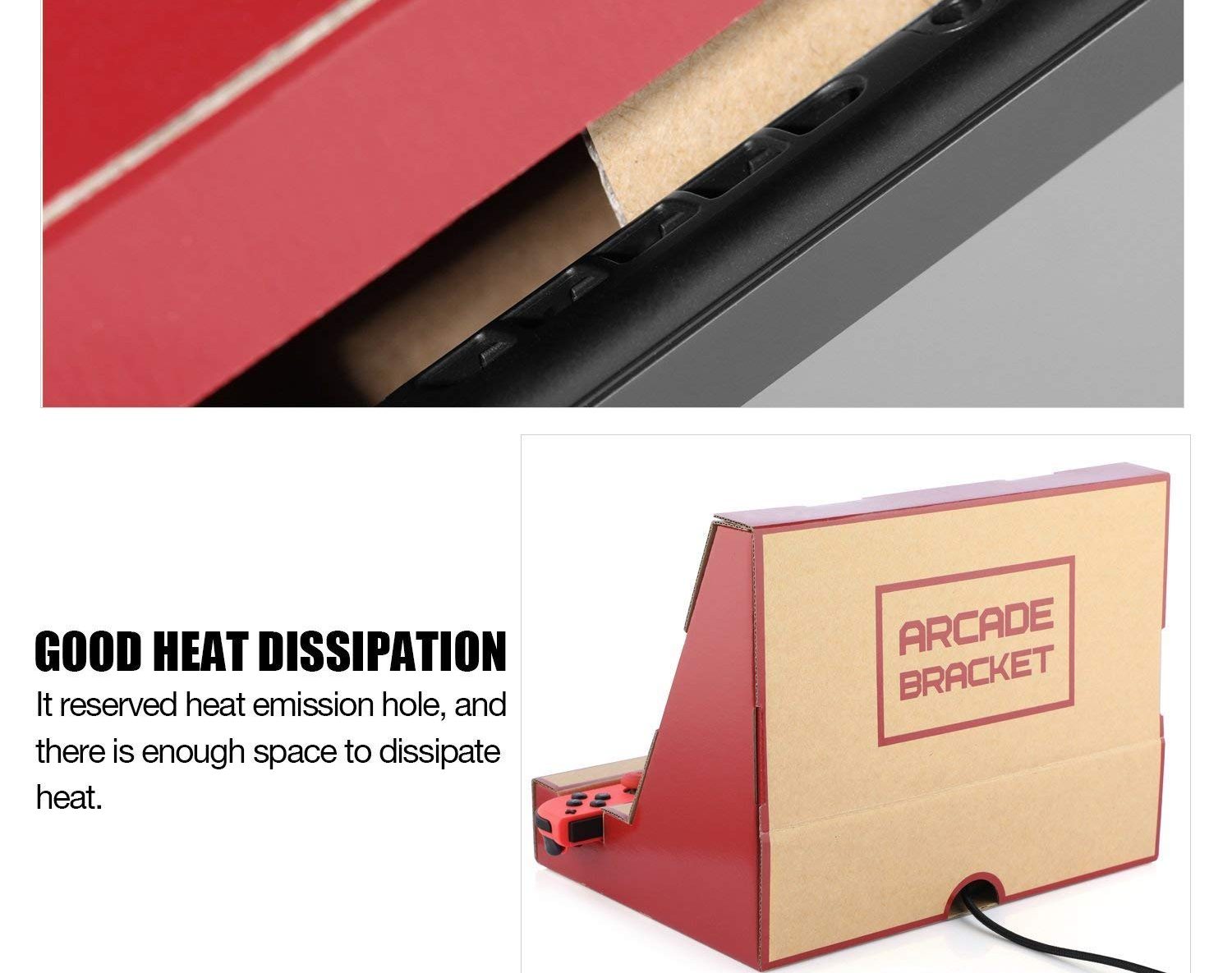 In the same price bracket as bog standard Switch Stands that don’t offer features such as trying to reduce heat build-up or allowing you to charge the Switch as you play, this is extremely good value for money. The only thing that other stands really have over this is being more portable, but in that sense, you could buy both anyway, one to keep in your travel kit and this one to use around the home, because it looks fantastic just sitting on the side holding your Switch in. 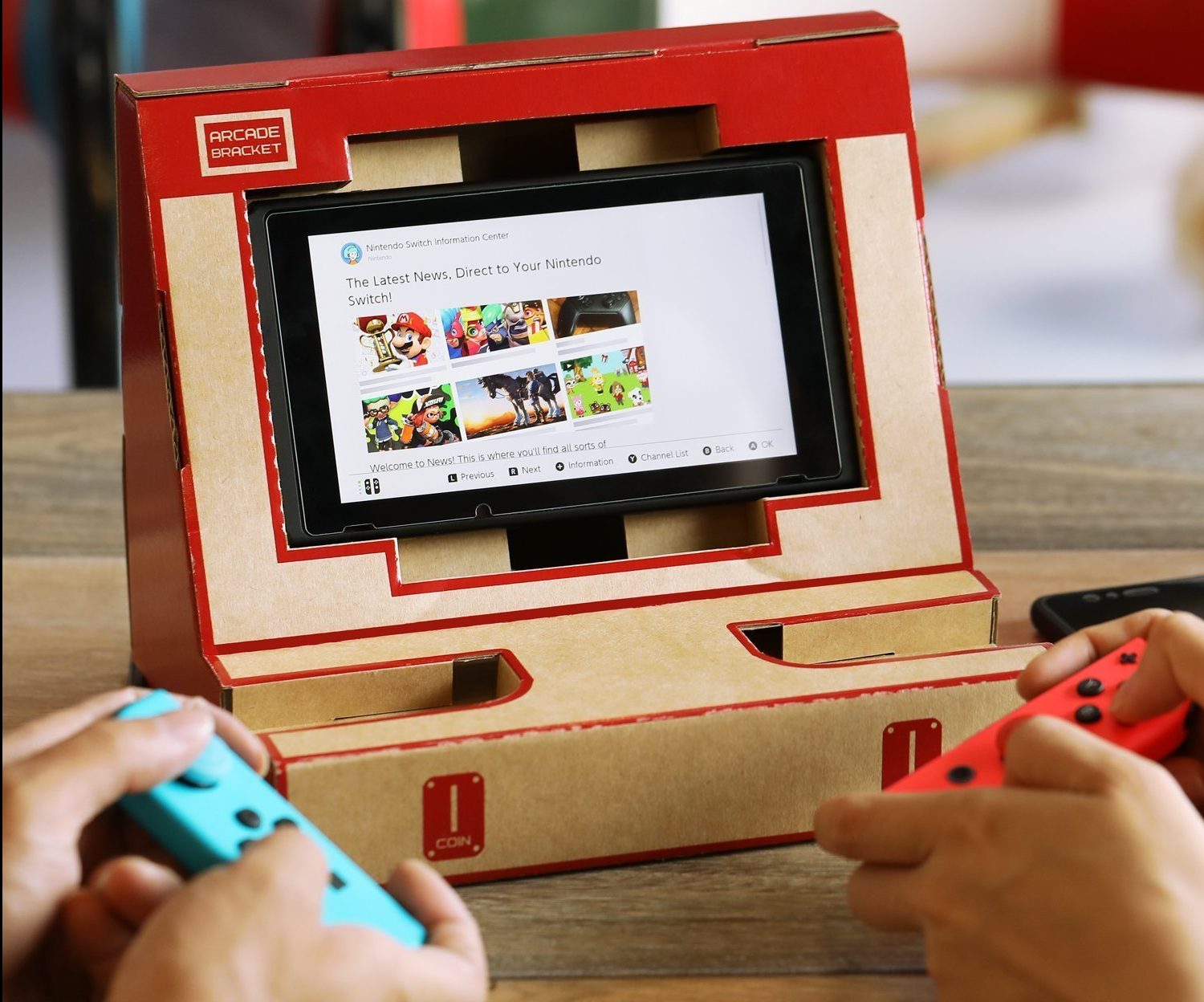 The Poconic Arcade Style Switch Stand looks great and is a novelty piece that will be sure to catch people’s eyes, whilst also being extremely functional and perfectly designed for the job it was created for, except for maybe the tab issue again. You could get something a little more portable to take on holiday with you, but for £9.90 (price correct as of 28/06/2018) it’s worth going out and buying, even if it is one of those spontaneous buys that you don’t really need but have to have just so you can show it off to your friends.

The Poconic Arcade Style Switch Stand is available on Amazon now for £9.90 (price correct as of 28/06/2018). You can click HERE or on the link above to be taken to the same seller we bought ours from but we’d like to inform you that we may earn monetary compensation for any purchases made through the link.