Gaming headsets aren’t as widely needed as they once were, with many streamers nowadays opting for using a studio mic and some basic headphones instead, allowing gamers to listen and connect with their group chats on Discord and Twitch simultaneously. It’s understandable really, I mean if you’re going to be on camera you don’t want people tuning with some clunky monstrosity on your head or even worse, catching you with really bad headset hair. That said though, it doesn’t mean headsets are dying out, just that people are moving to alternative ways of communicating whilst gaming. I myself though love a good headset and recently bought myself an Onikuma K1 budget gaming headset from Amazon to review.

You don’t always know what to expect when you order stuff from Amazon from brands you’ve never heard of before, but in fairness, the Onikuma K1 isn’t terrible. With this particular model coming in a grey camouflage design, it really does stand out but without being too in your face, but the material used for the casing does feel quite cheap. It is a lot tougher than it looks though with me being able to twist and bend the headset band which leads me to believe this would be ideal for children or adults like myself who leave things lying around to be stood on or tripped over.

The white padding around the ear pads and under the headband compliment the design well, which also features some little, well, I don’t know what they’re called but the ones on the ears look like fake vents and they certainly add a little pizazz. As does the braided cable which comes with inbuilt volume controls and reaches 2.2m in length with the splitter added but only about 1m without it, which may be short for anyone gaming on PC depending on where your aux ports are located, and if you don’t use the splitter.

As for comfort, these headphones do the one thing that most manufacturers do not. They get rid of the horrible leather ear pads (fake or not) which cause you to become a sweaty mess as they don’t allow air in for your skin to breath, replacing them with a comfortable mesh fabric and protein ear cushions (whatever that means). The padding is sufficient enough that you can’t feel the hard headband on your head, partly in thanks to how lightweight it is, but having said that there is some slight discomfort with it feeling quite tight. This may obviously change over time with the grip loosening after plenty of use, but it does cause a little irritation in the meantime. Fortunately, the headband is adjustable which makes wearing the Onikuma K1 a little more bearable.

So we’re not expecting some breathtaking 7.1 surround sound experience here, mainly because it doesn’t support it but also because it is just a budget headset. Even with that in mind though the high precision 50mm drivers do an excellent job at delivering clear sound with good volume ranges that you can adjust with the inbuilt controls. The Onikuma K1 is also well balanced too, whereas some headsets you can feel that you get more sound from one side than the other, this distributes the sound evenly between each side, always handy if you have one earcup off because you’re waiting to hear that all-important knock from the takeaway delivery driver.

The mic was a little less impressive. It looked good, it was flexible and adjustable to move it to a position best suitable for you, but it is meant to be noise cancelling, and well, it doesn’t do that too effectively. By all means, it picks up my own voice great but the idea with this boom mic is that it should be interference free and instead, background noises can interrupt and interfere. That said, if you’re in a quiet environment, it works perfectly fine and you shouldn’t have issues. But if you have kids and live in a screaming household, be ready for your friends, enemies and whoever tunes into your streams to be ready to hear you have a barny with the other half because you left skid marks in the toilet again. 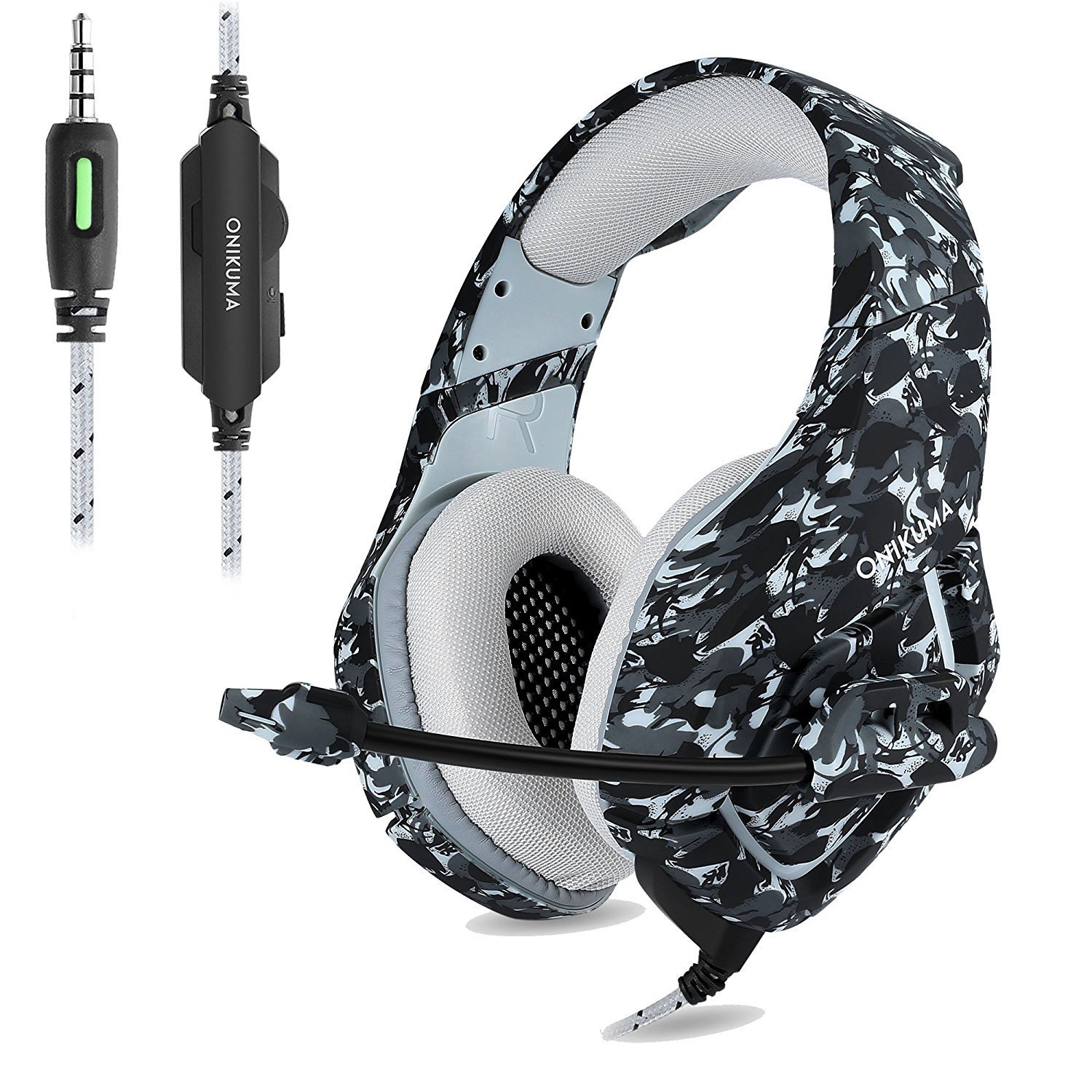 In terms of functionality, the K1 gaming headset practically has it all. Universal compatibility thanks to the detachable splitter means it will work across all major platforms as well as most Smart devices, although an additional adapter will be required for old generation Xbox One controllers. Being lightweight with an adjustable headband and mic means you can fiddle around to make it as comfortable as possible with absolute ease. The braided cable means you get to avoid tangling and knots, an essential if you live in a household as messy as mine, although a little more length to it would be nice. And to top it all off it has superb audio quality that allows you to enjoy games without it hampering the experience. It doesn’t get much more functional than that.

You can actually pick this headset up for as little as £23.99 on Amazon (correct as of 02/04/2018), a saving of 52% on its RRP of £49.99, which in all fairness would still be a cracking price for K1; because for what you get for your money, you really can’t complain. Not only do you get an expandable and durable headset with comfy mesh padding, you also get inbuilt volume controls and a 3.5mm splitter to allow you to use it with multiple devices. The only things it doesn’t come with that may be handy are an adapter for the original Xbox One controllers and a book of funny cat pics. 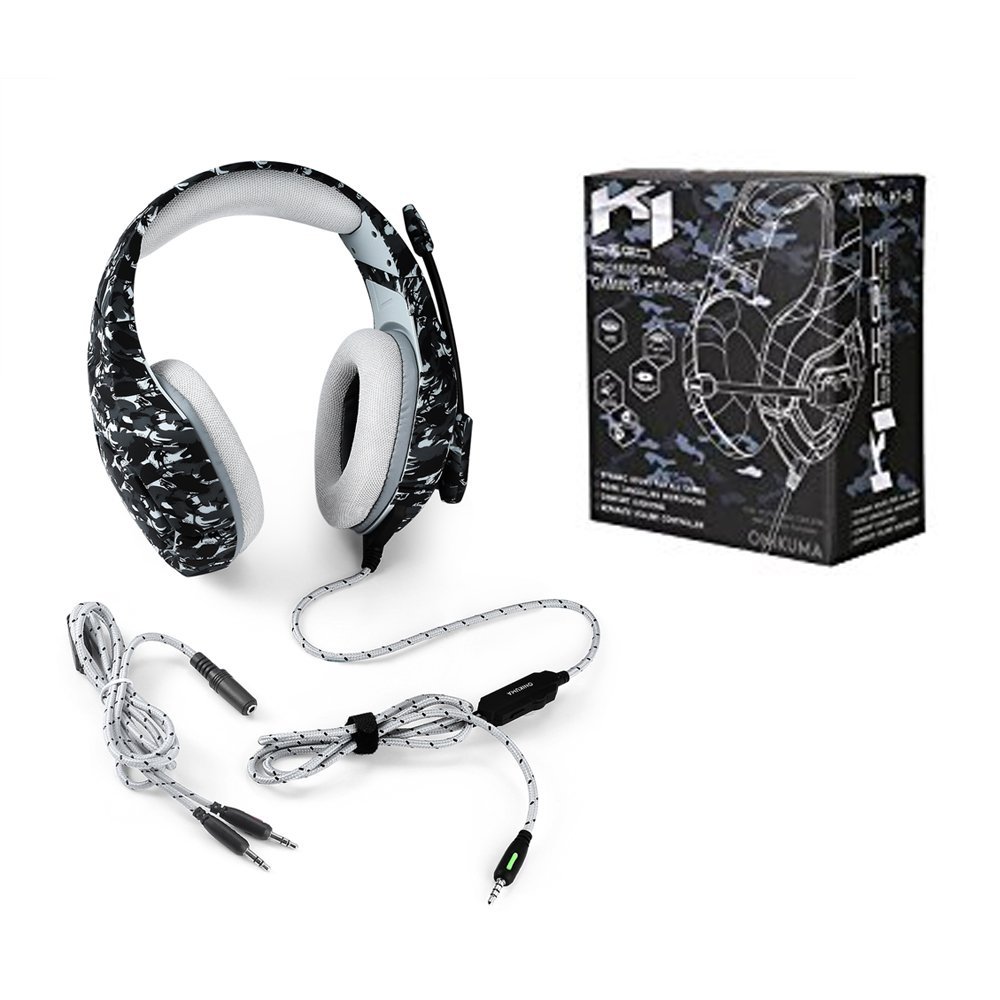 For a budget gaming headset, the Onikuma K1 will most certainly offer you everything you need and then some. It’s by no means of the same quality that some top range models are, but it definitely offers better value for money than some I’ve tested that have cost almost double the price. The headset is well built and easy on the eye, even if the casing does feel a bit cheap, and being expandable and coming with a splitter are added bonuses. As for the experience for audiophiles, it will be a pleasant one with sounds coming through pretty damn clear, although maybe some work could be done on the noise-cancelling mic which still easily picked up a fair bit of background noise whilst testing. That said, you get more than what you pay for with some headsets so this would be excellent for any young gamer starting out.

The Onikuma K1 gaming headset is available now online. To find the store we bought it from click HERE. We don’t get any commission or reward for you clicking on the link.