Still active throughout a long Early Access period that began in 2015, Coredumping, the studio behind Software Inc., have to their credit, been working on adding features and fixing issues throughout. But there is still more that can be added.

The simulation aspect of the game is excellent. There is something joyous about creating office space and watching your staff come to work and leave to go home, as well as going to the bathroom or cafeteria you’ve built. The use of these elements in simulation means how you build is so important. Making sure every worker has easy access to a toilet saves a lot of time, instead of making them go up countless floors. 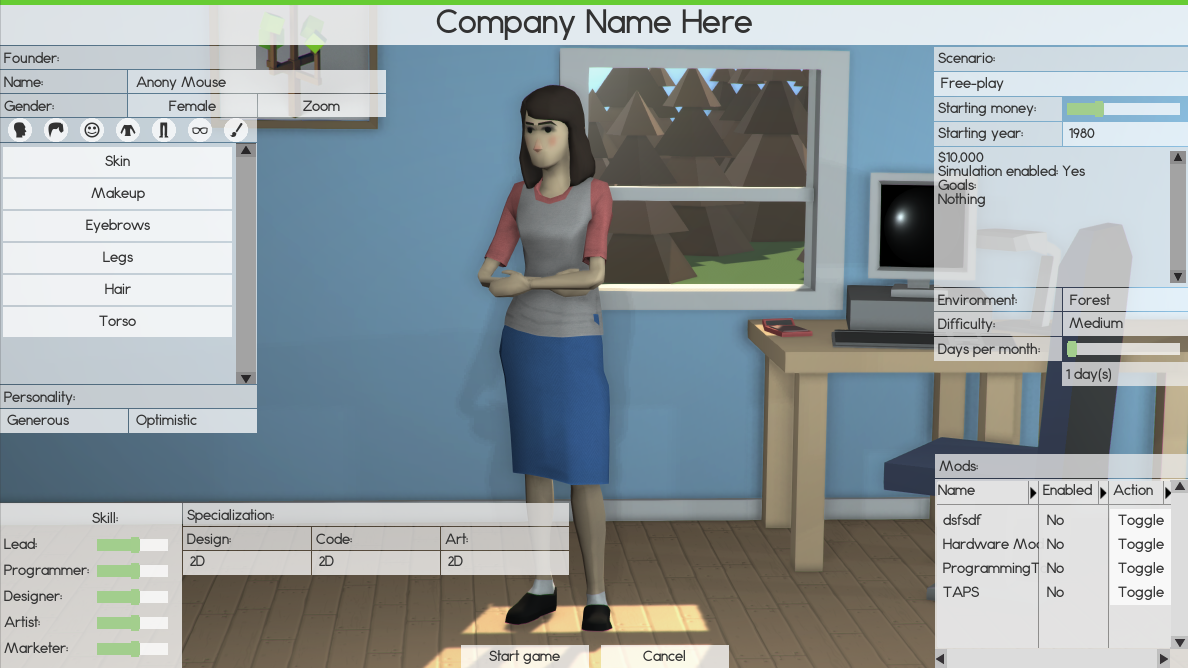 Creatively, the game is very average. It has a nice clean style that keeps the focus on the workers; however, the options you have for furnishing are very limited. Mods have been vital for my experience, as there’s only so many paintings of a tree I can take. There is room to remake a real-life office if you want to or to create the building of your dreams. You can add a basement and build up to 10 floors.

The focus of the game though is on making money. You will work for your teams hard to make money before they suck you dry, and they have their own needs too. I found that employee vacations caused severe production issues, and stress levels could sometimes be a nightmare to manage, but the fact the game makes you think about things like sound levels is amazing. As someone with a sensory processing disorder, I know how impactful being in a noisy room while trying to work is. 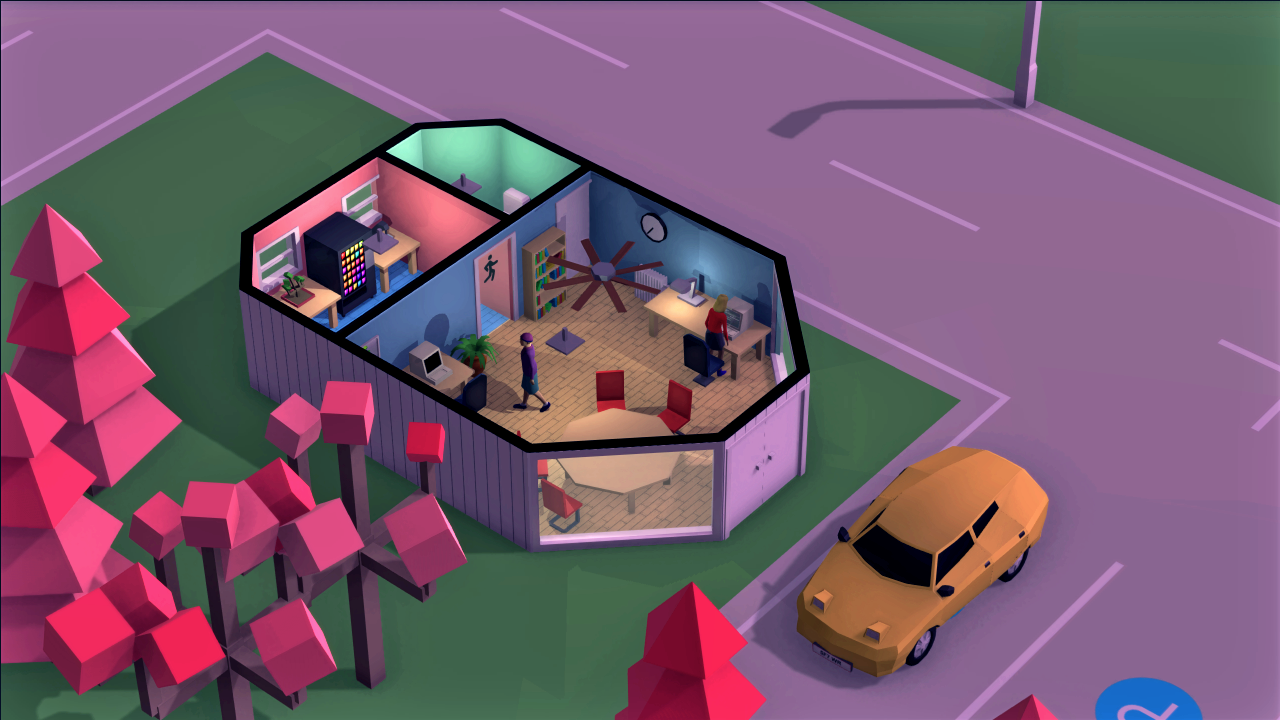 The progression heavily feeds into the money-making aspect. After creating my own character, I always make a box room with two desks and computers, and a small toilet room next to it. I then hire a programmer to work alongside me as we run contract to contract. The more contracts you do, the more money you get to expand the building and hire more people. They are a surprising challenge sometimes.

Even with a sizable team of artists and programmers, and a few key designers; going for bigger contracts eats up hundreds of thousands of pounds and frequently bankrupted me before the contract was over. You can also run servers and obtain contracts to sell your cloud to other companies. You can develop software, such as games and game engines, and conduct research if you begin the game from as early as 1980. 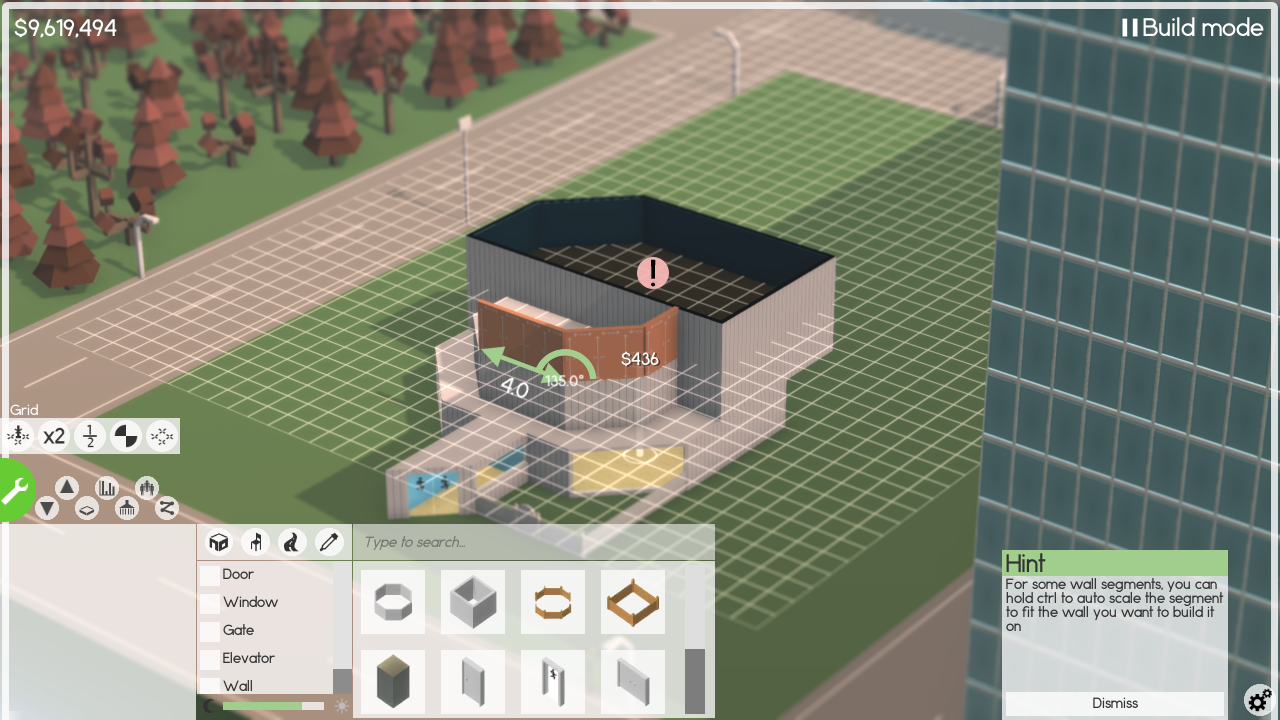 The variety is enough to allow for many hours of gameplay. Progression can be slow but allows you time to build up your teams, looking for people with high specialisations. There are many mechanics including fans that are interesting to watch and develop, and what the game aims to do as a studio simulator is more effective than any other game I have seen before. The way I would love to see the game grow is to allow more creative freedom. More than five choices of wallpaper and more objects to furnish with. It would also be nice to see the simulation side be built up for some Sims-like hilarious moments, from running to the toilet because they’re working in crunch time, or vending machines being broken for the mechanic to fix in some wild animation of frustration for a worker. If you’ve ever wanted to run your own tech company but don’t want all of the risk/ rewards then Software Inc. could be your answer.

Software Inc. is developed and published by the indie development studio Coredumping. The game is currently in Early Access and available on Steam for £10.59.