This is a little bit of a weird one for me, I LOVE metroidvanias and I’ve been the biggest fan of Pokémon since I was a kid, I got Blue version for Christmas 1999 for crying out loud. The thought to mix these 2 had never crossed my mind. Then Monster Sanctuary came into my life. I want to begin by saying I don’t really WANT to compare this to Pokémon and other metroidvanias, but purely because I’m going to have to at some points I will be, rest assured though this game deserves all the credit I’m going to give it. Time to break it down.

First we’ll talk about how this game plays before going more into the spirit of the game. As I previously mentioned, Monster Sanctuary is what you would get if you crossed a metroidvania with Pokémon with some strong JRPG feels, by which I mean, this is an action adventure game, using map design similar to Castlevania or the older Metroid games, however you collect beasties the same way you would in Pokémon, beasties with varying types, abilities and awesome designs. The game features turn based combat, the same as you would expect from Pokémon games and a story that I’ve enjoyed a fair bit, will go into this more a little later.

It isn’t a super complex game but it’s also not easy. When I play Pokémon I appreciate that it’s aimed at kids and as such they try to guide you through it as much as they can to make the experience easier to pick up and play for a younger generation, however, if I want to get in depth I can spend hours and hours breeding the perfect ‘mons to take into the online battlefield where it becomes an intense game of chess, so the base game, easy, but there’s something there for those that want more.

Monster Sanctuary falls somewhere in the middle of that, the base game can be challenging and it doesn’t feel like it holds your hand the same way the Pokémon franchise does these days, but also if you want to get deeper, you can with the online PvP system! There are currently 101 monsters in this game each with different type advantages, pretty intense skill trees and interesting names and designs.

Above is an example of my Spectral Eagle (Embers) skill tree, each monster will start out with a couple abilities, anything after that you have to spec into yourself, so adding extra attacks or augmenting all your existing attacks comes with levelling your monsters. As you can see the skill system is a little bit more complicated than in Pokémon games where you level up and learn attacks, however unlike in Pokémon each monster doesn’t have their own individual stat points, so breeding isn’t necessary.

In Monster Sanctuary every monster of the same species has the same stats, the differences lie in how people spend their skill points and, here’s where I touch on the JRPG feels a bit, how they equip their monsters. Yes that’s right this game features an equipment system, but not in the way Pokémon allows you to equip a held item, no this allows you to equip 1 weapon and 3 accessories to your monsters and while you don’t get any visual differences, the statistics will change drastically.

If your monster is a more physical attack based monster, you’re going to want to equip it accordingly, if your monster hits hard but has high mana costs, you’ll need to add some mana regeneration or extra base mana to the little guy, gotta keep that DPS up! This isn’t the only equipment you’ll get as in true metroid fashion, you’ll come across some areas you just can’t reach, maybe the ledge is too high or it’s through icy cold water?

Yep, you’ll need the double jump boots or a set of warm underwear to get through! This helps keep Monster Sanctuary interesting and stops you accidentally venturing into areas that maybe a couple steps too far for you and your team. You also get items to use in battle in a similar vein to how you would use potions and last but not least, food! Yes in this game you have the option, though it is advised you use it, to feed your food. Your monster will remember the last 3 meals you feed it and this is because each food item will increase different stats for your monster.

So, if you don’t want to waste an equipment slot on giving your monster extra mana, you can feed it a pear or a mango and give it some extra mana this way. Or you can bump up its defence by feeding it an almond or hazelnut! Now I can imagine after that you may think the game sounds a little bit messy, but let me assure you, if you’ve ever played any of the genres of game I’ve mentioned in this review, you’ll slip straight into this and you’ll enjoy it just as much as I have been!

Story time, gather round! Now I’m not going to spoil the game, but I’ll give you an introduction so you can be on your way. Monster Sanctuary is a world where wild monsters roam free, to grow and live in peace. Some people like to make friends with these monsters, they work together and grow alongside each other. To begin your journey you will select the monster of your bloodline, this is the main familiar that will help you on your way. As you can see above you get your choice of 4 spectral beasts, a Spectral Wolf, Toad, Eagle or Lion. My choice? The Spectral Eagle which I nicknamed Embers.

I set out on my Keeper Journey in the Mountain Path on the Keepers Trail, after a little conversation with Embers, I got into a few battles, levelled up my homie and acquired a few more friends. Our first goal? To meet a man named Old Buran. This man lives in these parts, helping guide new Keepers on the start of their adventure. He gives me a challenge to defeat a few blobs, to show me the difference between wild and trained monsters, we win and he tells me about champion monsters, he has one he keeps in his control, the Steam Golem.

It’s a long hard battle but we get there in the end, moving up to the Keeper Aspirant rank! After a little chat explaining that these Champion Monsters have been popping up more and more in the Sanctuary with nobody knowing the true cause of it, he points me in the direction of the Keepers Stronghold where our journey truly begins. The sanctuary features food, equipment and potion traders as well as a blacksmith to upgrade my equipment, time to get prepared.

This place acts as Monster Sanctuary’s main hub, you’ll not spend a lot of time here but you’ll always end up back there, buying, selling, upgrading and meeting other NPCs. I know this is a super basic intro to the game and honestly, I don’t really want to go into the story more than this as I really enjoyed it and don’t particularly want to spoil too much for you. I’d describe it as your typical trainer adventure with some herbs and spices thrown in to keep it exciting. It’s good fun!

I won’t spend too long talking about the aesthetic because I believe this game really speaks for itself, but as you can see from the screenshots and gifs I’ve shared, this game uses a pixel art style, similar to games from when I was younger, but in a much more clean, polished way, some people get way too hung up on graphics these days but sometimes, when you step away from the world of ‘Triple A’ titles, you come across gold like this.

Games like this will run on basically anything, almost everyone can experience these games and enjoy the beauty they hold. The soundtrack, while it can get a little repetitive if you spend too long in any given area, is very well made and each individual track fits the area it was made for perfectly – walking into new areas with new music becomes a real treat. Monster Sanctuary’s animations are buttery smooth and there is a fantastic variation, allowing you to properly differentiate between abilities and effects. The guys over at Moi Rai Games really put a lot of heart into this.

I’m gonna call it here because I feel like I could talk for days about this game, I’ll give you guys my summary, then you can go buy the thing and enjoy it the same way I did. Monster Sanctuary feels like a true passion project, it’s not something that has been made just because a giant company wanted it to be made, it’s something the developers clearly wanted to make and as such put a lot of love into it.

It plays really well, even if you think the mixture of game genres may not work, it does, trust me! I’ve put so many hours into this game and I’m looking forward to putting many more into it. I can very easily recommend this game to anybody, especially those that love Pokémon or ANY metroidvania, even at the full price of £15.99 on Steam. The game is also available on Nintendo Switch if you’d rather play it on the go or PS4 and Xbox One!

For me, personally? This game is a solid 10/10. I never encountered any bugs, the game ran smooth and it was super fun and it’s one I’ll be playing alongside my main games for time to come. I hope you guys can enjoy it just as much as I have, combat result? 5 stars. Well done. I really look forward to more of your work.

Monster Sanctuary was developed by Mo Rai Games – check it out on Steam. Don’t forget to check out more FULLSYNC game reviews here!

A slick fusion of genres sure to please fans of Metroidvanias and Pokémon alike.

The world is simple and beautiful with plenty of attention paid to soundtracks and animation. 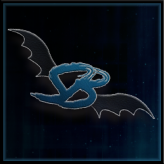