Last weekend we went to Insomnia 61 thanks to our friends over at Ebuyer who managed to snag us 2 exhibitor passes, and not just that but they let us take over their Twitter account as well. We spent the whole time exploring what was on display and showing the world what we were getting up to. 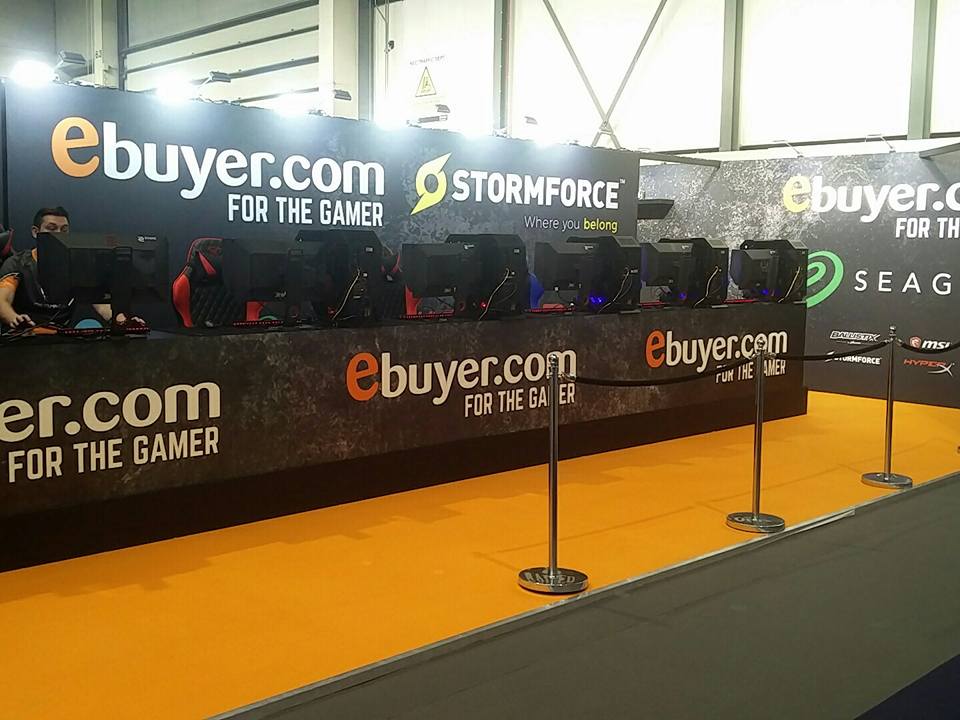 Overall, we had a great time, although I managed to pull a muscle on the first day which left me hobbling everywhere and I almost fainted on the train back to the hotel on Friday evening too. It was eventful, to say the least.

But what goes on at a gaming festival?

On the first day, we arrived at the NEC to find out we had access 2 hours before it opened, getting a quick sneak peek at what would be on show for all to see. It allowed us to get our bearings of where everything was and also helped us to plan out what games we wanted to get our hands on the most.

The clock struck 10am and the crowds started to fill the hall where the main stage was based, ready to watch the opening ceremony. The room was packed out. Then, after a short introduction about what people could expect to see over the weekend, the floodgates opened and wave upon wave of gamers flooded into the expo room.

With the doors open, I quickly bumped into our very own Kirsty and her streamer friend Capra, and we were pulled aside by a nice young lady at the PlayStation stand to play That’s You, a free-to-play title that requires you to play on your phones instead of controllers. The idea was to compete against each other by answering questions about each other and drawing pictures, with each person picking whose is best out of the bunch. It was a great little warm up to Insomnia and a game I’ll be sure to whip out at parties and family gatherings. 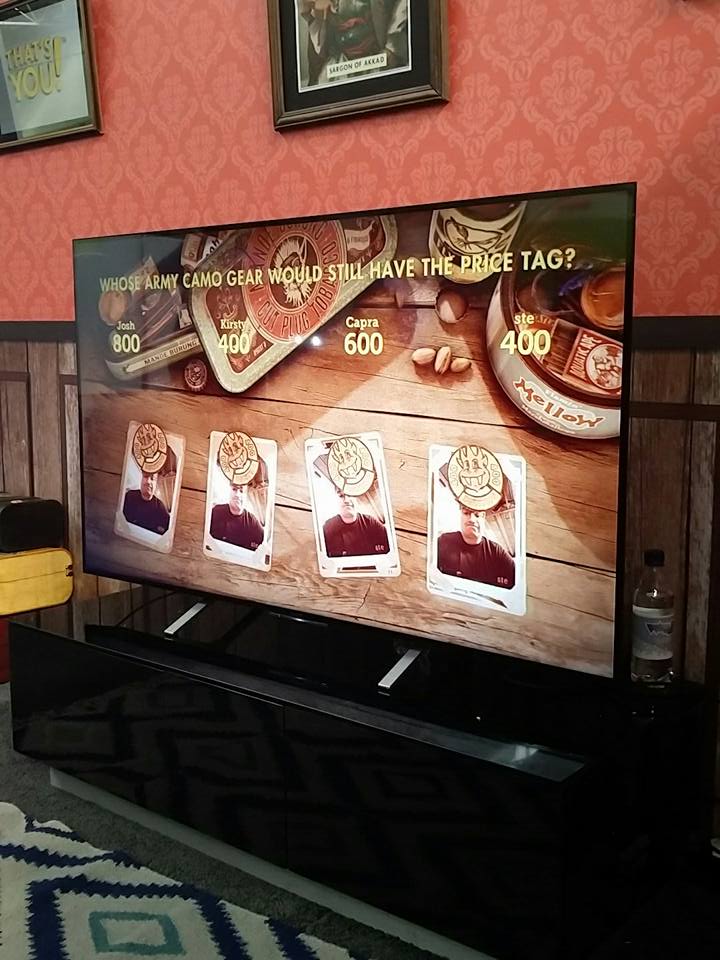 Following that little party game, we all headed off to the Ebuyer stand to play some 2v2 Rocket League, me and Kirsty losing 4-3 with my excuse being I didn’t know what the controls were on PC. I think that was a fair enough reason.

We then made our way around a bunch of racing games starting with Need for Speed: Payback, then Project Cars 2 and finishing with a quick competition over at the Logitech G stall where they had a driving rig set up, with a competition to see who could get the fastest lap on Forza and be crowned World’s Fastest Gamer. The prize? Being flown out to Germany and being given a years contract with Mclaren to be their F1 Simulation driver. Safe to say since I’m writing this, I didn’t win. In fact, I did terribly with a finish time of 3:25:67 compared to the leader at the time on like 2:39:00.

After playing a few games we then went to check out The Insomnia Show which took place on the main stage.It involved two guys I’d never seen, interviewing streamers I’d never seen (I don’t tend to watch them in fairness) and some chef cooking with an 8-year old girl. It was bizarre, but pretty entertaining when two of the guys, MiniMuka and BigBStats had a race against each other down two aisles of the audience.

It was then back to games as we checked out the Indie Zone. There were loads of developers about and the majority had some form of competition on from competing for fastest completion times, to get high scores and a whole manner of other things as well. Again we didn’t win, but we gave each competition our best shot. Some of our favourite Indie games which we recommend you check out were Medieval Steve, Hyperbrawl and Stuffed. 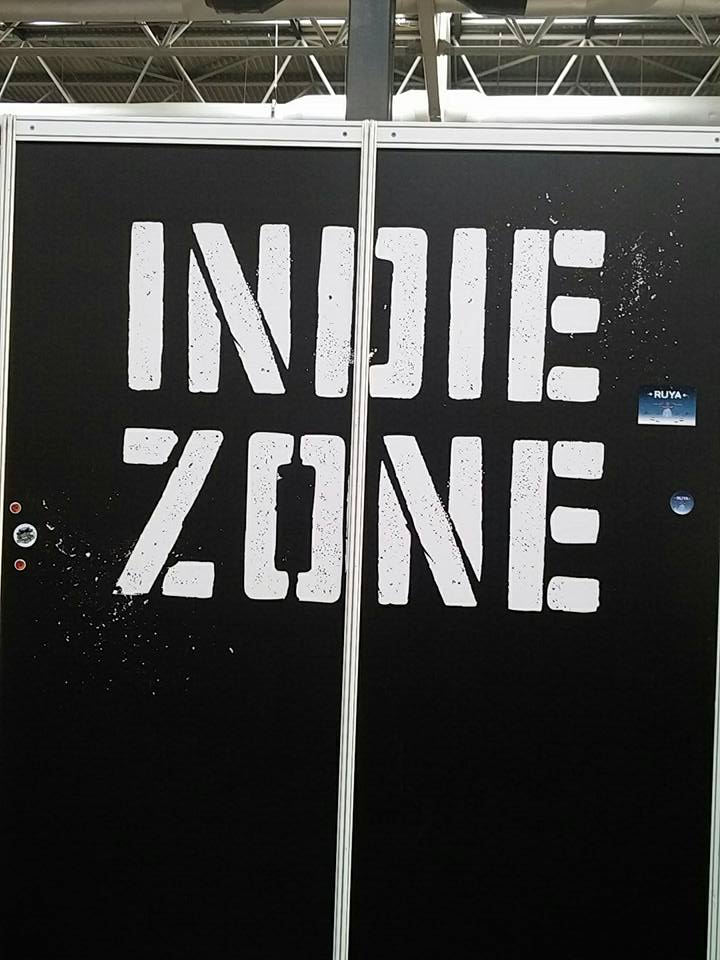 That was pretty much the end of the first day, and so we headed back to our hotel then hit Birmingham to see what the nightlife offered, and in typical FULL SYNC fashion, we found ourselves sat in a Wetherspoons until the bell rang.

With a slight hangover, we headed back for day 2. We met up with Ebuyer again to check out what they had planned for the day which happened to be setting two computers up for gamers to go head-to-head with Victor Henkinet, a Belgian professional CS:GO player who is part of Vexed Gaming. Surprisingly a few people managed to get one over on him over the weekend.

Following on from that we set off to explore again. There wasn’t really much left to check out game wise though as we managed to get around most things on the first day, so we ended up spending our time at either the Main Stage catching things like the Insomnia Cosplay Championships, or the Player Stage where we caught some action from the UK Masters for League of Legends and CS:GO.

There was one highlight from the second day worth mentioning, but it wasn’t video game related. It actually came about from a section in the hall for the card and board games developers, and the game in question was The Football Game by London Board Games. Tired of football management games that took far too long to play and that had become overly complicated, the developers of The Football Game wanted to create a board game for football fans that was simple enough to pick up and play, and didn’t take up months of their lives to get through a season of football. I won’t go into too much detail right now as I believe the game deserves a full review for me to just explain how good it is, so keep an eye out for one coming soon. 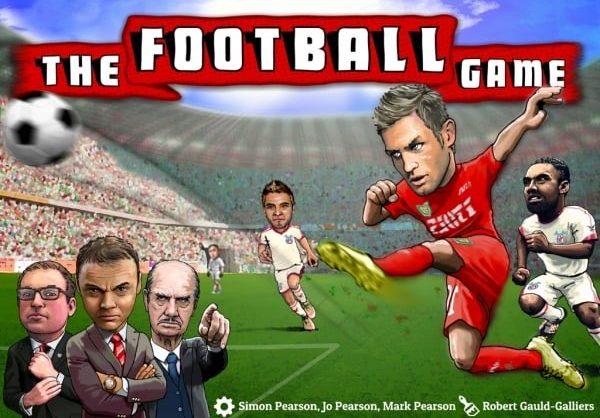 The Sunday was our third and final day because we had to check out of our hotel on the Monday and couldn’t be bothered lugging our bags around everywhere. Again we found that we’d done most things already so there was little else for us to do to be honest.

We managed to get ourselves a little go on South Park: The Fractured Butthole after a couple busy days where we couldn’t even get near the Ubisoft stall at times, and it was definitely one of the better games we’d played over the weekend. Reaffirming my decision to pre-order the game ready for its October release.

Besides that though, the only other game we got on was in the nDreams VR section where we got our hands on Bloody Zombies. The only way to describe this is essentially a modern take on Streets of Rage, but instead of gangs, you wade through levels full of Zombies, so instantly I fell in love with it. I wasn’t sure how it’d work in VR but it combined 2D graphics in a 3D world, probably best related to being a digital pop-up book, and it ended up looking absolutely fantastic.

The rest of our day was spent keeping an eye on Ebuyer’s eSports team Vexed Gaming, who were in the open LAN tournament for CS:GO. They had a tough semi-final against CeX in which I was semi paying attention to because I was also watching Liverpool tearing Arsenal apart at Anfield, but they managed to make it through to the final where they would face Reason Gaming.

Reason were the favourites going into the final taking in a +1 handicap having won the upper bracket tournament, and the commentators repeatedly explained how they were expecting a white wash. They were soon eating their words though as Vexed took the first round after some close encounters between both sides, followed by a dominant second round to put Vexed 2-1 up. It was then match point for Vexed and despite everyone putting Reason as favourites, they fell once again to make it a clean sweep for Vexed who picked up the £3,750 cheque for 1st place despite a bit of a nervy finish, which you can catch below from when we streamed it live on our Twitter feed.

After that win we quickly headed back to the hotel, ready to get a good night’s rest and ready for our journey home the following day.

And that pretty much sums up our time at i61. We had an absolute ball of a time and would like to thank Ebuyer again for inviting us along and letting us take over their Twitter feed. If you want to see more from our time at i61, check out the photos below that we shared on our Facebook page: