Having been out now for over a week, I’ve had plenty of time to hone my skills on PES 2019. Unfortunately, I’m still as bad as ever at football games. I can make some nice passes but my end product is woeful, and defensively I’m letting more goals in than half the teams in the premier league. Still, it has managed to keep the charm that has always made PES games, for me anyway, more enjoyable than the likes of FIFA.

PES has managed to develop in the right ways this year by enhancing certain features, yet it still keeps everything simplified, meaning that you can just enjoy playing football rather than having to focus on doing all the fancy tricks and overly complicated goal celebrations. That isn’t to say you can’t flick the ball over your head or run off waving your arms rubbing your goal in your opponents face, but they aren’t the core focuses of the game. Instead, it’s all about passing, making runs and just enjoying the beautiful game the way it was intended to be played. 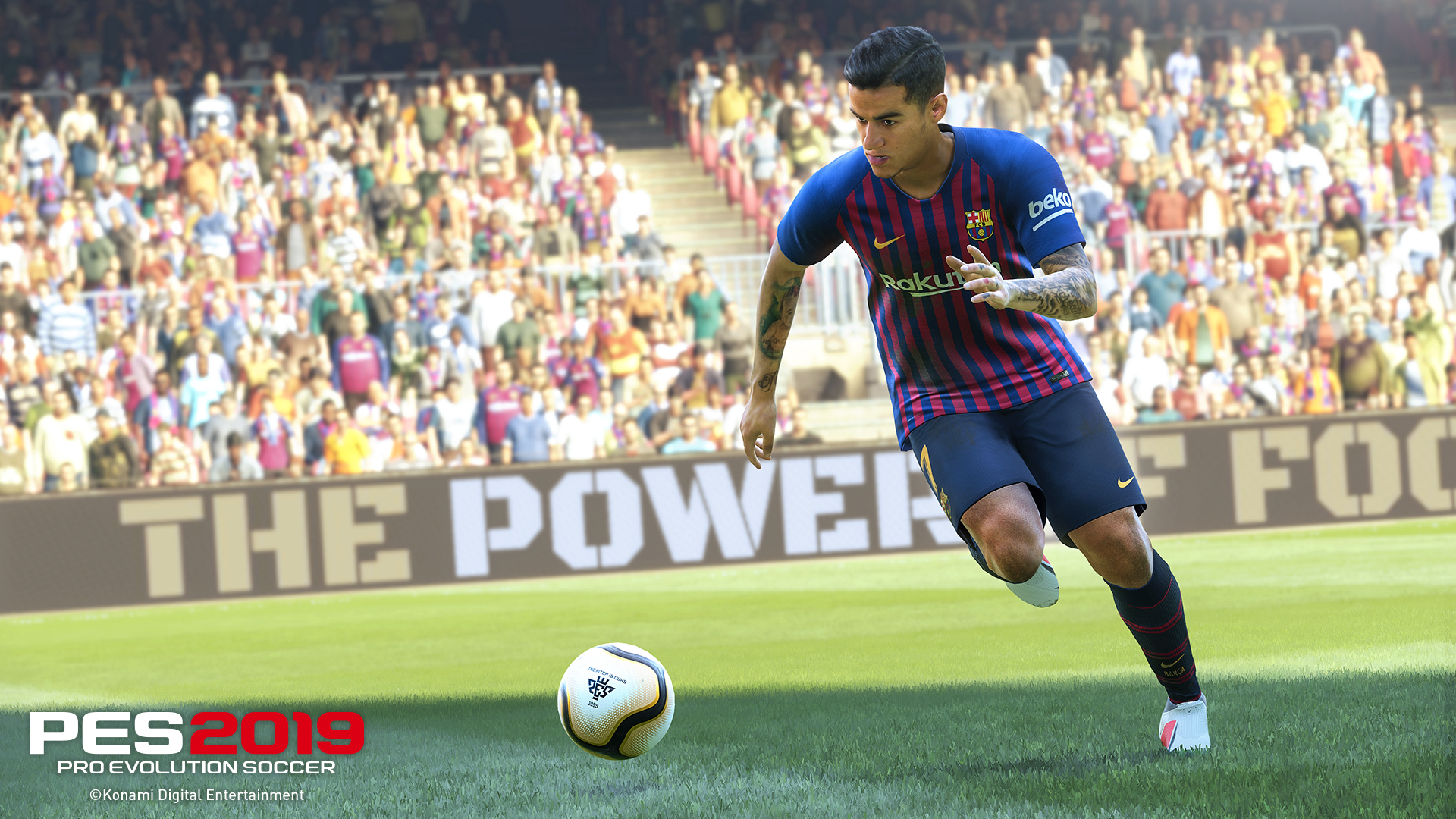 One massive improvement for me which has not only simplified part of the game but has also added to the game’s enjoyment is that you no longer have to go to a replay of your goal after you score. Instead, you’re given the option to view it and replay it, or skip it and get back to the action. This may sound like something trivial, but it was a royal pain in the backside having to keep doing it in previous editions of the game, especially in matches where you had a high scoreline as it just took some of the enjoyment out of playing PES.

Other improvements include new strategy elements, new skill traits for players and also enhancements to their full body touch feature that was introduced last year and worked so well. This feature was designed to make collisions and body contact more natural, so whilst running a slight nudge could cause you to tumble over much like Harry Kane whenever he finds himself in the box. However, I have had some issues with this where it’s almost too sensitive. For example, I’ll go to perform an overhead kick and someone can run into you and it’s given as a foul, or likewise, two players bump into each other in an area of the pitch and the ref blows his whistle and you start shouting naughty words at the TV and insulting the referees mother. 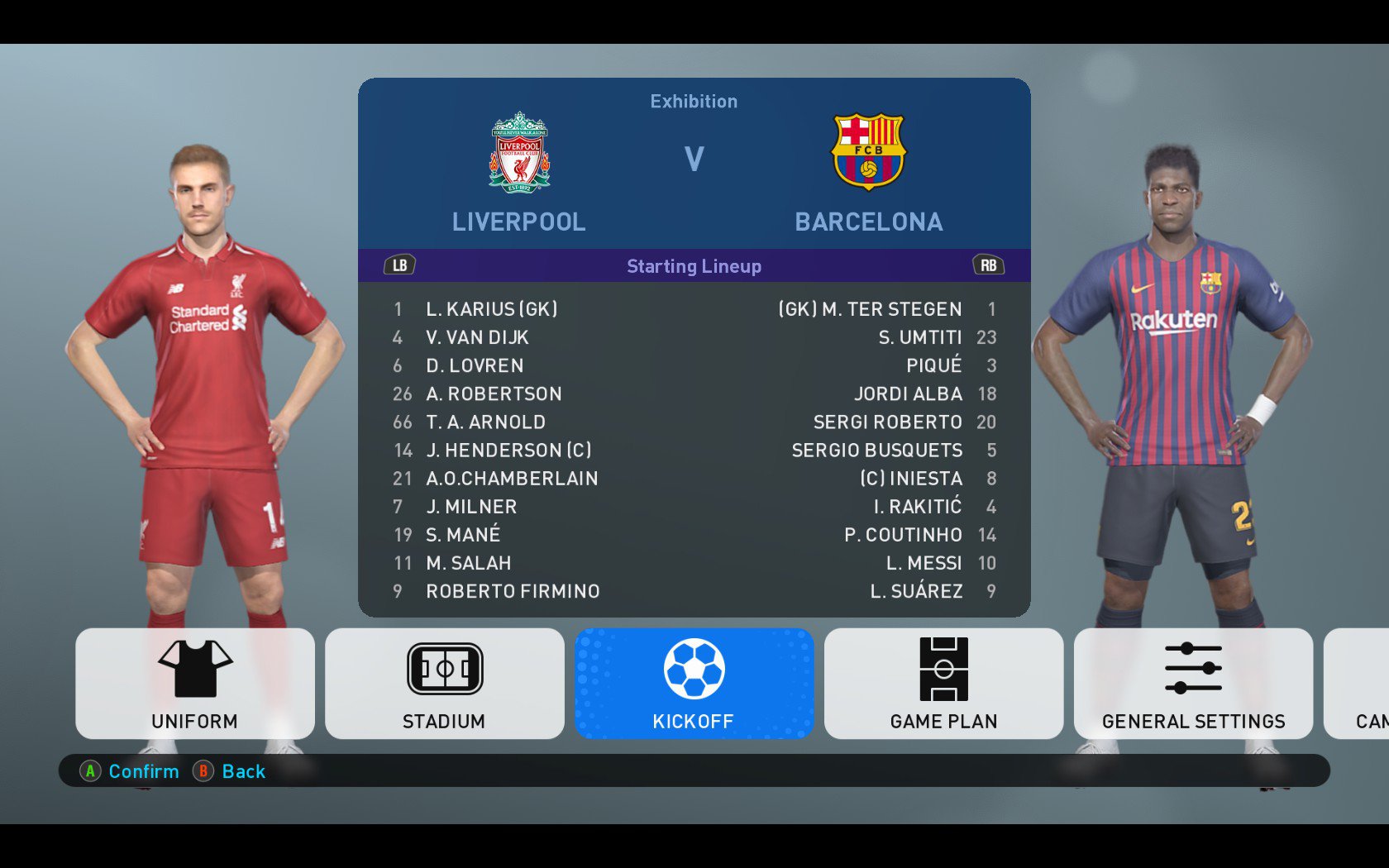 Despite the lack of major improvements though, the marketing team have seriously pushed this game this year, appearing at the likes of Gamescom alongside FC Schalke 04, and also doing a world first and revealing Liverpool FC’s third kit via a video game trailer. This to me shows that they believe what they have now is something they believe in and can really get behind and push it to compete to be the number one football game in the world.

That said, the marketing push may also be to cover up that despite signing up many new teams, leagues and even the International Champion’s Cup, they’ve also lost a lot as well this year. After a ten year period where they held the rights for UEFA’s premier club competitions, the partnership is now over and also popular teams such as Borussia Dortmund are also no longer a prominent feature of the club. Is this a step back in terms of development? I mean they had made so much progress in recent years, but I’m not so sure what impact it will really have, but it clearly shows that either teams aren’t believing in the project or Konami feel that chasing licences isn’t 100% necessary and that gameplay is more important. 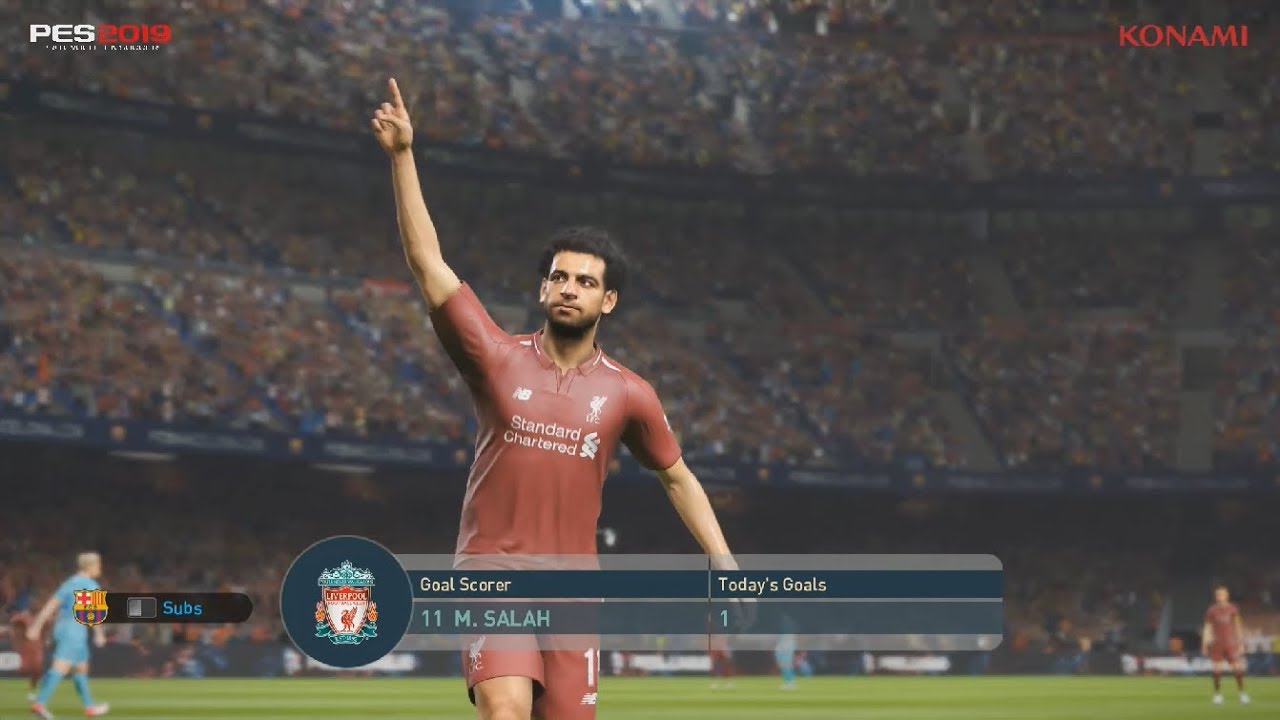 Despite everything that has changed though I still feel that this game is at its core, all about having fun playing football. Konami have not tried to overcomplicate things or added new pointless features to make taking free kicks so difficult you need a degree in rocket science to work it out. Instead, it has kept things simple whilst adding small things that allow you to mix up your tactics so you can get more players forward, or if you’re Jose Mourinho, more people on that bus in front of the goal. The game is much more free flowing, although maybe a little more temperamental when it comes to its full body touch, it’s just a shame to see it losing some of its licences after it seemed to start getting a real foothold on that area of the game in previous years.

PES 2019 is developed and published by Konami and is available now on PS4, Xbox One and PC. Will we see it coming to Switch? Who knows. Comment your thoughts on the game below.

Want to check out more of our game reviews? Click HERE.