The video game industry is raking in the money

Those of you who get really turned on by charts and graphs are going to absolutely love this one.

Digi-Capital, a firm that advises AR/VR and games leaders across America, China, Japan, South Korea and Europe, has today released their games report for Q1 2018. The paper analyses the games market and forecasts from 2017 to 2022 for all games sectors, platforms, countries and regions, and if they’re spot-on with their predictions, then the games industry is going to be raking in some serious money.

The report states that:

Video games software/hardware combined could be in the $165 billion to $170 billion range this year (if mobile outperforms again), and reach between $230 billion and $235 billion by 2022 if strong performance continues.

As impressive as those figures are though they’re also extremely scary because that means by 2022, the game’s industry alone will be worth more than the GDP (Gross Domestic Product) of 150 individual countries, with three-quarters of it coming from games software alone. 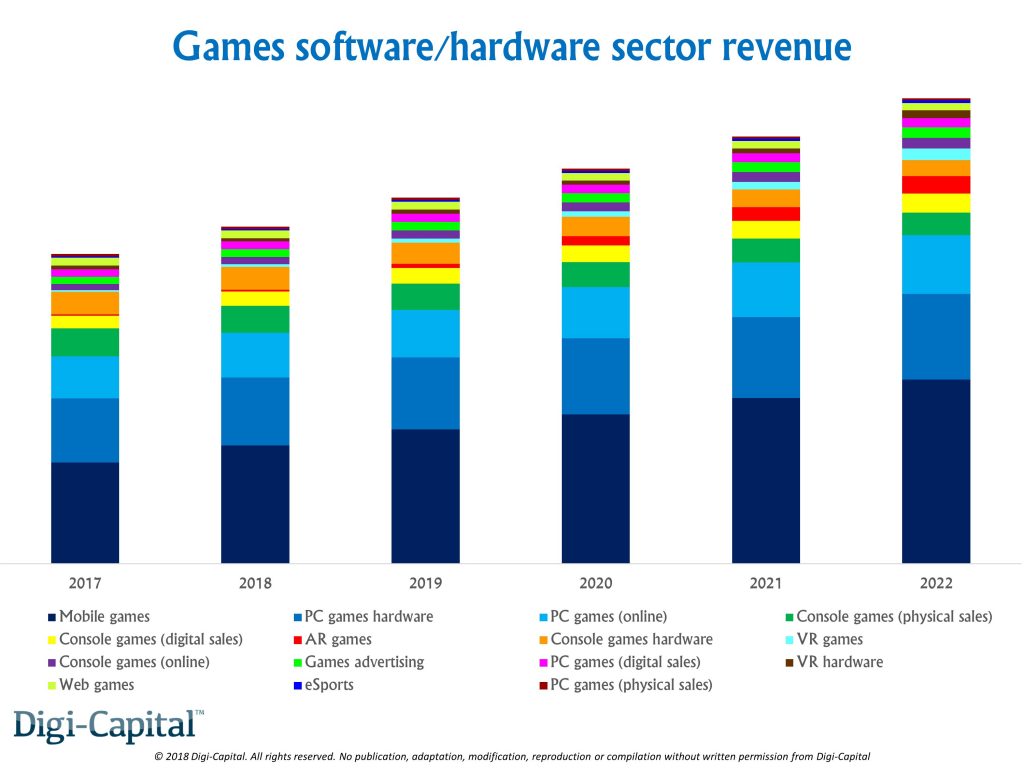 The Games Report Q1 2018 also reports on the following: