The football season is fast approaching us and that means one thing. The latest football games won’t be far behind. And as we count down those days we’ll all be looking for ways to pass the time. Fortunately for fans of Konami’s PES series, the wait is now a little less painful.

Why? Because today Konami released a demo for the latest addition to the PES family.

Demonstrating new features, modes and improved gameplay mechanics, the latest demo, which is available on PS4, Xbox One and Steam, will have a small taste of the content that will be released come the game’s launch on August 30th, later this month.

Exhibition matches, offline CO-OP mode and an online quick match mode, are available to play in one of two stadiums, FC Barcelona’s Camp Nou or FC Schalke 04’s VELTINS-Arena. Fans can pick from a selection of 12 teams including my very own team Liverpool FC, FC Barcelona and Chris’ team of choice, Inter Milan, plus national sides, Argentina and France. 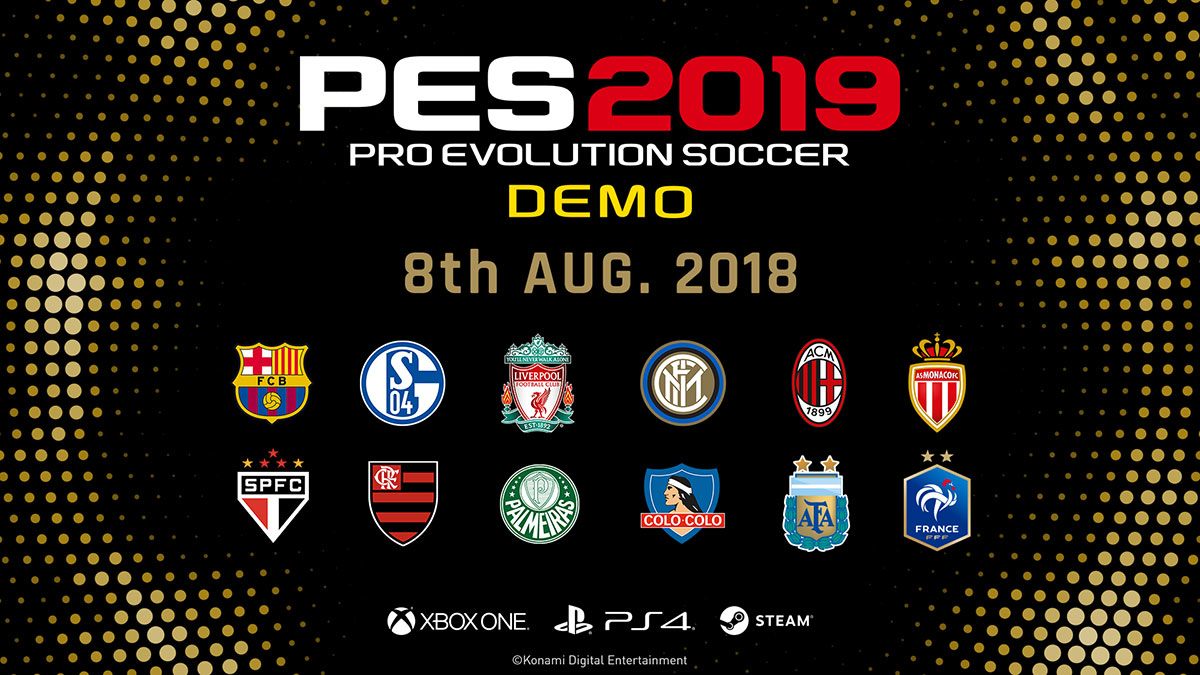 New features that gamers can expect to experience include Visible Fatigue, impacting performance and behaviour; new shooting mechanics and improved ball physics; ‘Enlighten’ software for true-to-life visual effects and, for the first time, 4K HDR across all platforms.

We are very excited to finally be able to share the PES 2019 demo with our fans. The demo features some of the world’s greatest teams and most high-profile players, and while this is only an introduction to the new game, we believe that this edition of PES will capture the hearts and minds of players who want to experience a game that is more true-to-life than ever before.

If you don’t want to wait to buy the game on the day in case stores run out, you can pre-order PES 2019 by visiting: https://www.konami.com/wepes/2019/

You can also check out our review of the last PES game by clicking HERE.