Battle of the Brands

You may have seen last year we covered some news regarding the ESL Battle of the Brands, an eSports event like no other, where four UK brands would face off against each other in a number of eSports contests. Unfortunately, due to adverse weather the original date just before Christmas was called off, but today saw the event go ahead and it was a smashing success.

The four brands that were going head-to-head-to-head-to-head were; Box.co.uk, PC Specialist, Scan and our good pals over at eBuyer Gaming. And although humiliating each other and ensuring that their team would be victorious taking the Battle of the Brand’s crown were high priorities for all involved, the main reason was to raise money for the charity Special Effect, and they surely did that demolishing their target of £15,000 and raising a grand total (at the last time of looking) of £16,729.

The event lasted around seven and a half hours, with each team facing their opponents in a number of contests which would pit their skills against each other on games such as Fifa, Rocket League and CS:GO.  After some gruelling battles though, it was the Scan team who came out victorious and took all the glory in the first ever Battle of the Brands. Everyone who took part deserved a pat on the back though after displaying some exciting games and obviously raising a lot of money for a worthy cause. 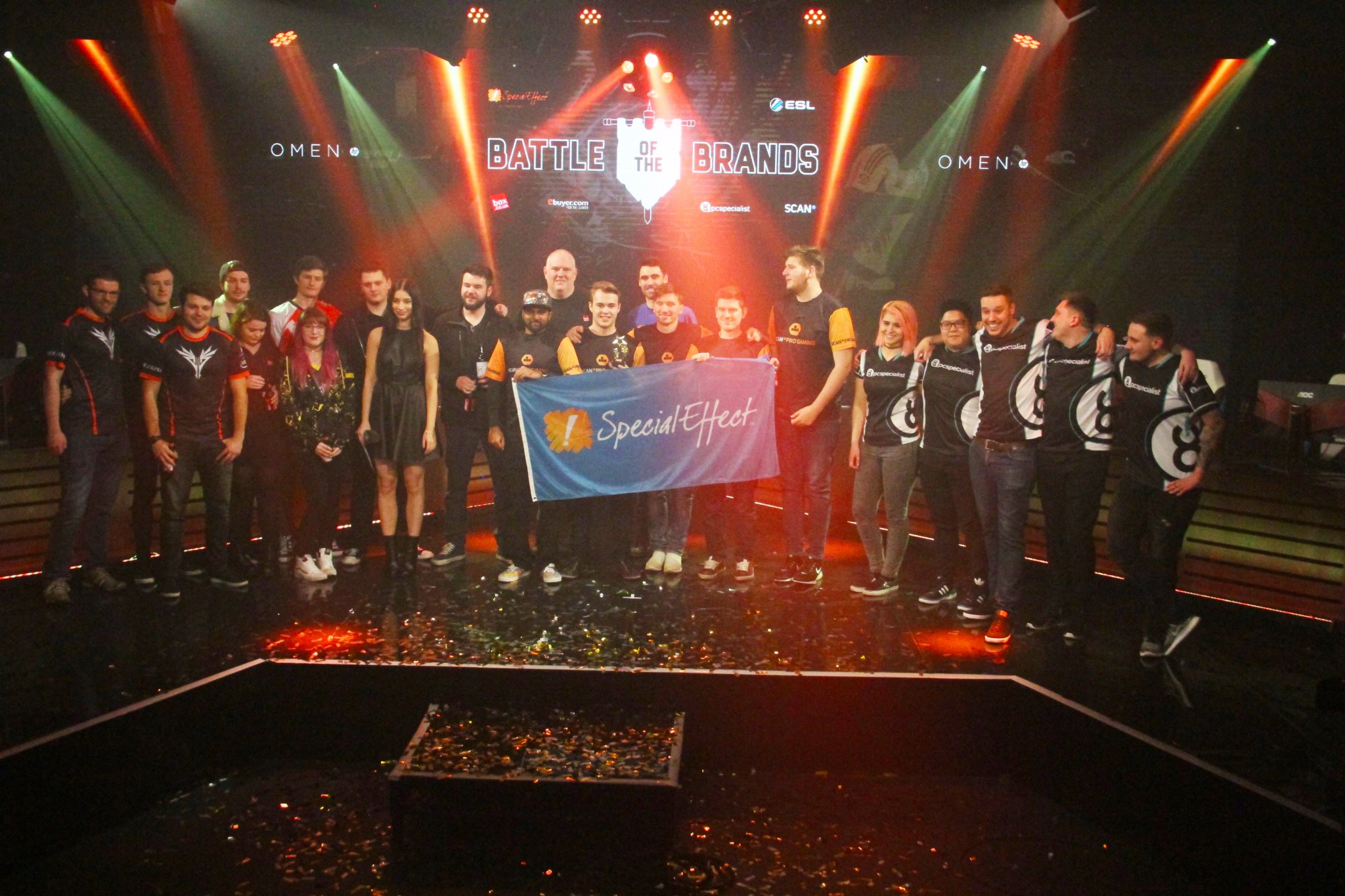 If you missed the fun unfolding today and want to check it all out, or just rewatch it again and again like I do the champion’s league final from 2005, then check the video below:

Watch 🔴 Battle Of The Brands from ESLUK on www.twitch.tv