Batman: The Telltale so far

If there was one franchise Telltale had the potential to mess up entirely, it’s probably Batman. Though they have proved their considerable talents again and again with pop culture darlings such as The Walking Dead and Game of Thrones, even taking a confident stride into the world of comics with the extraordinary Wolf Among Us, Batman is another level. This isn’t a character that has only recently enjoyed a spotlight because of big budget adaptations (in fact, Batman does the opposite, flying against a series of mediocre movies and money-hungry executives). Batman is comic book royalty. It is a cultural institution. The characters established and expanded on through books, comics, animated series – some of them go back decades.

So when we pick up a comic or load up a game bearing the Batcowl’s stern grimace most of us know vaguely what to expect. Two-Face is going to flip coins and make awful puns, Catwoman is going to purr and make terrible puns, Joker’s going to mentally scar anyone he crosses paths with, and… make terrible puns. It’s rote, but it’s familiar in the best way. These characters all have their roles to play and one of the joys of Batman is seeing how different studios, artists, writers and actors portray them. Taking an established universe and telling a fresh story within it is exactly what Telltale are all about; so  all the ingredients are there for something special.

The result so far is a mixed bag. Four episodes in and the story is certainly racing towards a satisfying conclusion, an exceptional rogue’s gallery being put to good use in a Bruce Wayne-centric drama. The Batman himself is certainly present, just in a more measured amount, normally reserved for action set pieces or crime scene investigation. Telltale’s Batman focuses on Bruce, and that’s a welcome change of pace from the usual Arkham action offerings. The visuals and writing are top-notch as usual, promises of living comic book pages easily fulfilled (Even if Bruce himself does look like Sterling Archer with an extra dimension). Scenes transition between schmoozing high society as Mr. Wayne and taking down criminals as his broody alter-ego, sometimes giving you the option to choose which facet of his fractured psyche would be the best one for the situation. Pick Bruce, and you’ll talk your way into what you want, using political connections and your considerable influence. Pick Batman, and you’ll bash in some heads and fire a grappling hook a whole bunch.

The combat is crunchy and rewarding, introducing some new additions to the QTE formula like a finisher bar that fills up if you hit enough of the buttons and the occasional ability to map out your assault before you go in swinging. One of the series’ highlights thus far involves the use of a drone to pick out mob guards and link them to parts of the environment to string together a series of bone-crushing takedowns. It’s a great mechanic for Telltale’s scripted combat, woefully underused in the series as a whole, and I hope we see some more of it in Episode 5 and future seasons. There are flaws – failure doesn’t feel all that drastic, there’s no gory face-munching or squelchy death you might have suffered at the hands of walkers, bandits or Lannister guards previously. If you miss a button prompt Batman will continue to plow through his enemies, just with a little less flair. The game engine still seems to struggle at times, turning what should be a sweeping strike or a dramatic disarming into a chugging frame-by-frame motion. 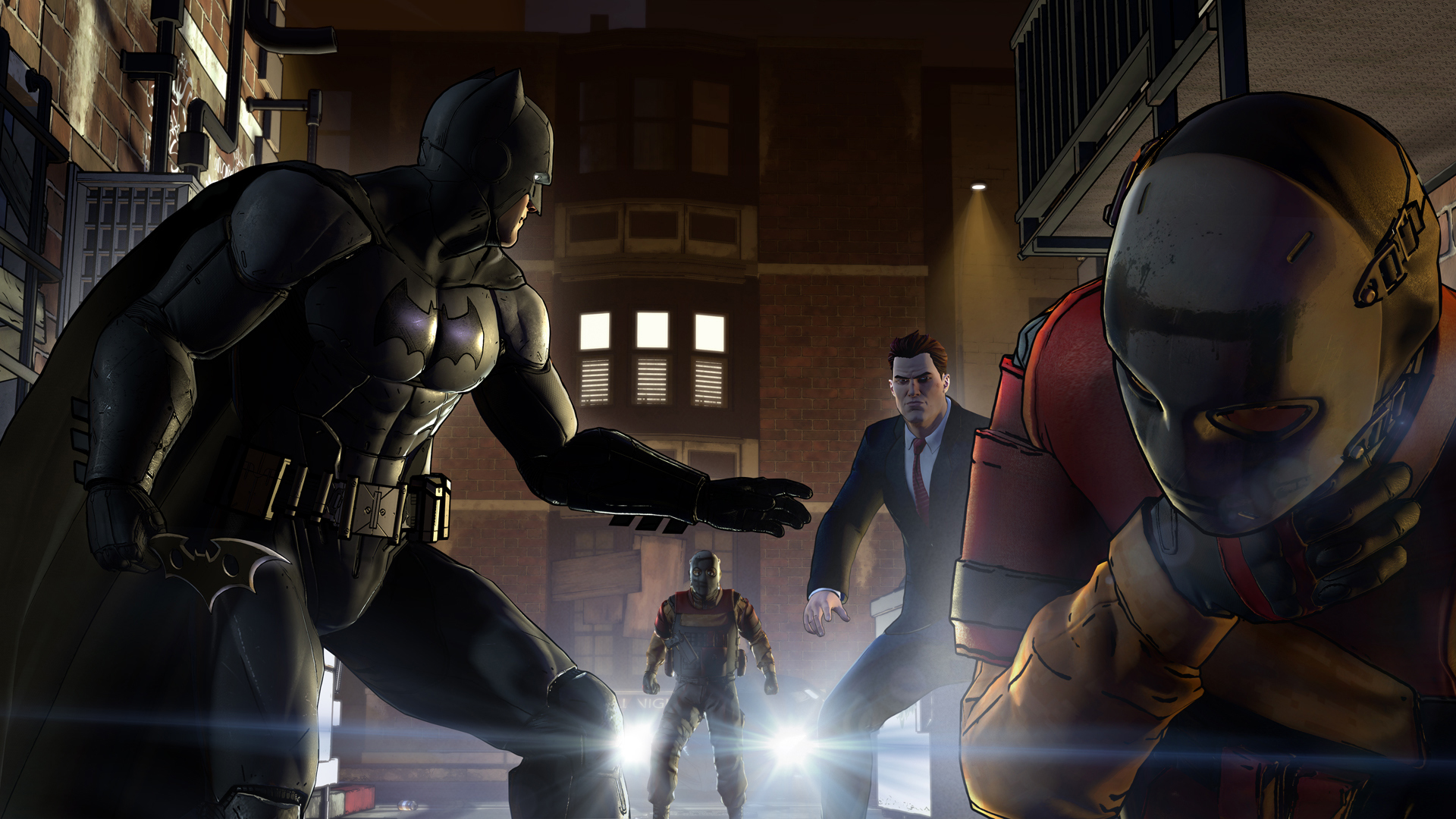 The surrounding plot is recognisable in some places and new and exciting in others. Oswald Cobblepot a raggedy revolutionist preaching a new world order, Harvey Dent eventually sitting in the mayor’s office exacting a brutal martial law, and perhaps most interestingly of all, Thomas Wayne is at the centre of a messy mob scandal threatening everything Bruce and Batman stand for. The legitimacy of the Wayne legacy is something not often questioned, and Telltale have capitalised on it, tearing down everything that usually holds the Dark Knight aloft. His mansion, his company, his friends, and the integrity of his late father, all falling down as Gotham’s politicians and voracious media start casting serious aspersions on the Wayne family and Bruce’s own life. It just falls short of absolute greatness by not going as deep into this part of the story as it could, with a respectable armament of gadgets available throughout and the Alfred safety net ever present. We never see Bruce fall that far, and it would have been completely fascinating to see the World’s Greatest Detective pushed to the limits of despair and desperation through Telltale’s lens. A true outlaw vigilante fighting his war without his butler or his billions.

At one point in the story Alfred calls Bruce out on his excessive violence (if you’ve chosen to break a few bones along the way) and for a moment it seems like the ever-faithful butler is losing confidence in Batman’s crusade but this is quickly swept aside as the plot develops, shutting down any potential for further conflict in the House of Wayne. It’s not an all-out flaw, as so much of the game is consistently enjoyable, but to me at least it’s a waste of serious potential. Choices don’t seem to have as much weight as previous games, with most of them boiling down to which place you investigate first with no real penalties. In The Wolf Among Us’ first episode there’s a moment where you have to choose between chasing up your murder victim’s deadbeat boyfriend or investigating another character, and depending on your choice, someone lives or dies. Surprisingly for all the heavy decisions you make, there’s no such consequence here. People are emotionally destroyed, disfigured and sent away to mental institutions, but the feeling prevails that this is all going to happen regardless of what choices you make. 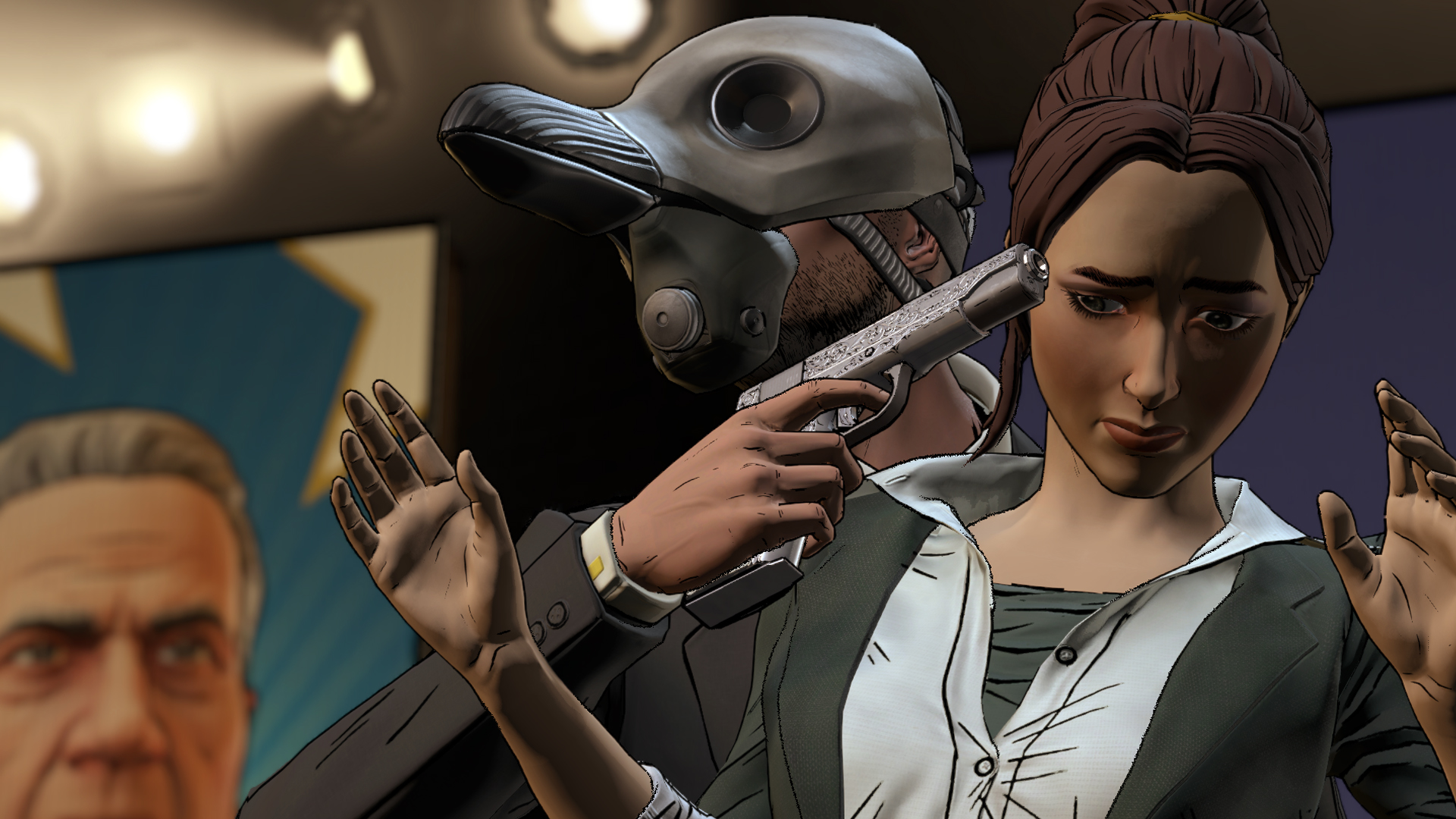 These are all things that could easily be resolved in the impending final episode, which stands on a precipice between explosive, lore shattering finale and shallow, flashy conclusion. All the framework is there for the former but cancelling out all the doubt and intrigue sowed in our minds by Telltale so far would be the easier, safer route to go. The villains get perilously close to unleashing their catastrophic master plan but it all comes together for Bruce at the last moment and Batman wins out. Thomas Wayne’s good name is restored by some convenient plot device and the fresh take on Gotham settles back into the same comfortable routines we’ve seen hundreds of times before. No jimmies are rustled, no established Bat-history challenged. The best thing for this series would be going all-in before the resolution. Lean into the Wayne’s corruption and make it Bruce’s duty to redeem them in the eyes of the world.

Batman: Telltale is a great story with interesting mechanics and tons of potential that just plays it a little too safe with the subject. Again, Telltale have delivered a unique experience like only they can, and it’s well worth playing for career Bat-fans and newcomers alike. There are so many things about this game that make it easy to recommend – fresh combat, superb writing, gorgeous visuals, but it’s stymied in parts by a narrative that seems to be holding back and an engine that struggles to render what’s happening onscreen half the time. Don’t let the uneven plot or technical problems hold you back from playing an essential, one of a kind Batman experience.

Stay tuned for my review of Episode 5 next week and a final score!

Episode 5: City of Light is available from Tuesday, 13th of December on your platform of choice. Episode 1: Realm of Shadows is now FREE to download for PC on Steam!

Check out more of our game reviews by clicking right HERE.

A great story with interesting mechanics

Well worth playing for career Bat-fans and newcomers alike

Engine that struggles to render what's happening onscreen half the time. 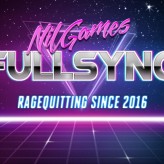