Following the recent release of Spiritlands, the first game that was published under the Prey Interactive banner, the studio have today announced they are working on a brand new title, Black Spot.

Set in an age of pirates, Black Spot comes under the strategy genre that Prey Interactive are known for, but differs slightly in that this game is going down the route of being a digital card & board strategy game.

Despite only being announced today though the game has been showcased over the past couple weeks where the studio has been exhibiting it at 1 Up North gaming festival, and it has been receiving lots of positive feedback despite still being very early in development. 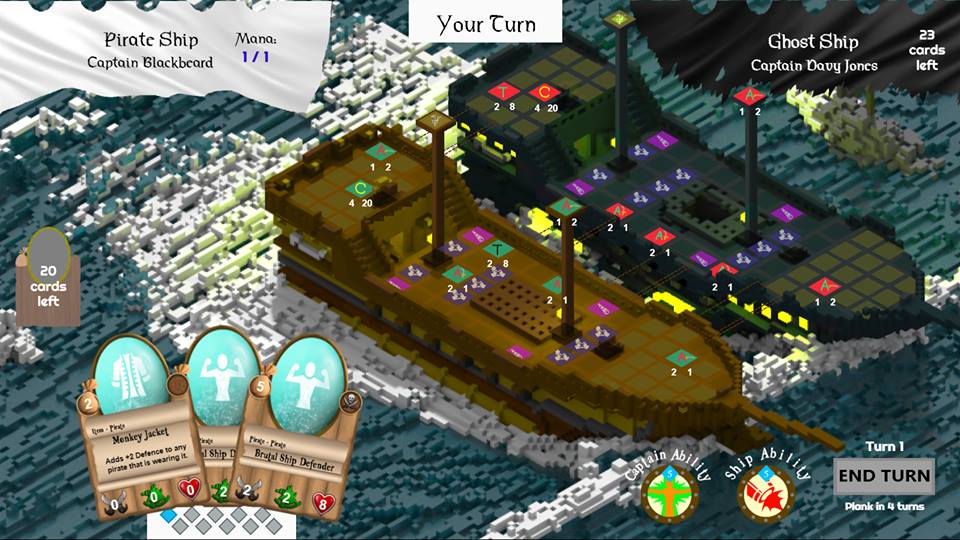 The game itself will see players take off on a pirating adventure where they will be put in charge of a ship, entrusted with leading and building an almighty crew using cards and pieces with the aim to kill the enemy captain before their own captain dies. The game is planned to come complete with lots of different cards and attack types such as bombing, ranged and melee. It comes with a mana progression system similar to a lot of digital card games, and mechanics such as captain abilities, cannon fire and look-out positions. There are more wild and fun ideas to be added too as the game develops further.

A couple of future developments have also been revealed, with the game looking to be changed from its current 2D format to 3D at some point, as seen in the image below. Plus, it is stated the game is “currently only single player”, but notice the word currently that is used by the developer, meaning multiplayer could be implemented at a later date too.

A demo of the game is being planned for release in a few weeks time, based on the one shown at 1 Up North but no set date has been given yet. All that is known is the demo will consist of one battle between normal pirates and some ghost/ghoul pirates, and will last somewhere between 15 and 25 minutes to play.

If you want to sign up for updates on the game including details about the demo release, sign up to the developers email list by clicking HERE.