So our second Q&A of the year has arrived, and with it comes an awesome giveaway which you can find HERE. But before you go to try and grab a copy of VooFoo’s Mantis Burn Racing plus all its DLC, why not check out the below to learn more about the developer and their games.

Let us begin with a small introduction; tell our readers a little bit about yourself.

Hi, my name is Shaun Read and I’m Creative Director here at VooFoo Studios. I’ve been in the games industry for over 20 years, the last 4 of them at VooFoo.

And how about going into a little more detail about your own personal career in game development?

I started my career in the games industry at Rare as a games tester. I spent the next 16 years at Rare designing games such as Starfox Adventures, Banjo-Kazooie and Kinect Sports where I held the position of Design Director.  I left Rare and set up a new company, Flippin Pixels, that was, unfortunately, a short-lived venture. I started here at VooFoo in 2013 where I’ve helped develop several titles including Backgammon Blitz, Pure Pool, Pure Hold’em and Mantis Burn Racing.

Now we’ve gotten to know you, let’s talk a little about VooFoo. What’s is the origins story of the studio? How did the name come about?

VooFoo celebrated its 10th anniv10th-anniversary, no small feat for a small indie studio these days.  The studio was founded by two experienced industry veterans, one of these is our MD and Technical Director, Mark Williams. VooFoo’s first game, Hustle Kings was an instant hit, becoming the most downloaded sports title on Sony’s Vita console. Since then we have developed many successful and critically acclaimed titles, including the ‘Pure’ series of games and our first self-published title, Mantis Burn Racing. 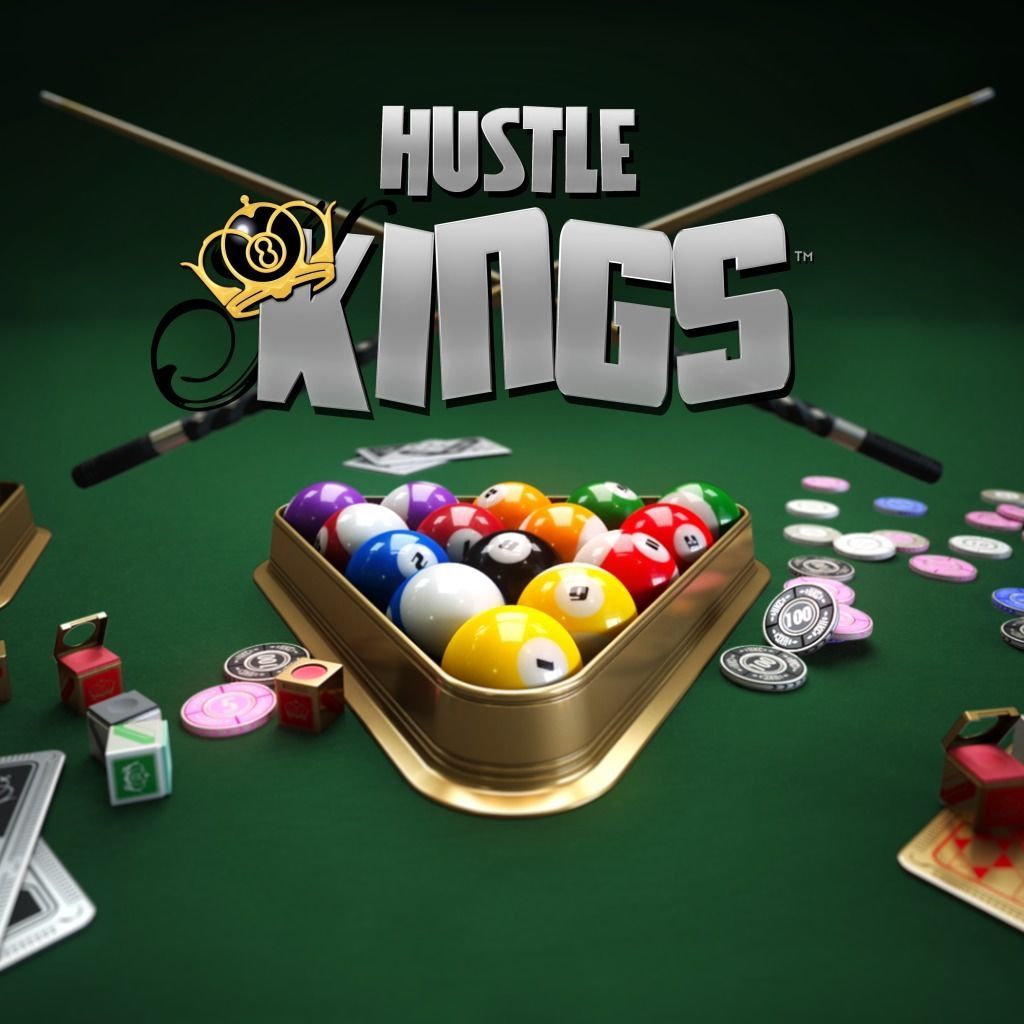 Looking back at your existing catalogue of games there is a common theme between them all; they’re all simple concepts but have all been done really well. Is this a philosophy you try to follow when making games?

Ha, you’ve worked us out! Yes, that perfectly describes VooFoo’s philosophy for developing games. We’re a small studio and as with any games company, you’re only as good as your last project. When deciding on what titles to develop it is always the first question we ask, can we make it the best game of its type available?  Being a studio of only 13 people, we don’t have any ambition or capacity to make the next Grand Theft Auto or Call of Duty. However, it is always our ultimate goal for the games we do create, to be the very best in their field.

Again looking at some of your older games, you’ve mainly stuck with creating digital versions of popular board games and card games. What was it that made you decide to go down a different route with Mantis Burn Racing?

Although VooFoo has definitely made its name developing those types of game, several of the guys working here have a vast experience in various genres, including racing titles. In fact, before founding VooFoo, Mark had solely worked on racing games including Max Rally, Lamborghini and the Juiced titles. Personally, I’ve always had a fond spot for racing games, especially the likes of the original Micro Machines, but had never had the chance to develop one until now.

And keeping with Mantis Burn Racing, it’s obviously been out a while on a few formats but has just arrived on Nintendo Switch. How important was it to you to bring it to the new console?

Bearing in mind that Mantis Burn Racing was well into development before Nintendo revealed the details of its new handheld, it soon became obvious that Switch was a perfect platform for the game. With us already utilizing many advanced features such as 4k and HDR on PS4 and Xbox, porting the game to Switch was a challenge, but one that we knew if we got right, it could be the definitive and best version of the game. We’re extremely happy with the final version that includes all of the games DLC packs and which runs at an almost constant 60fps. 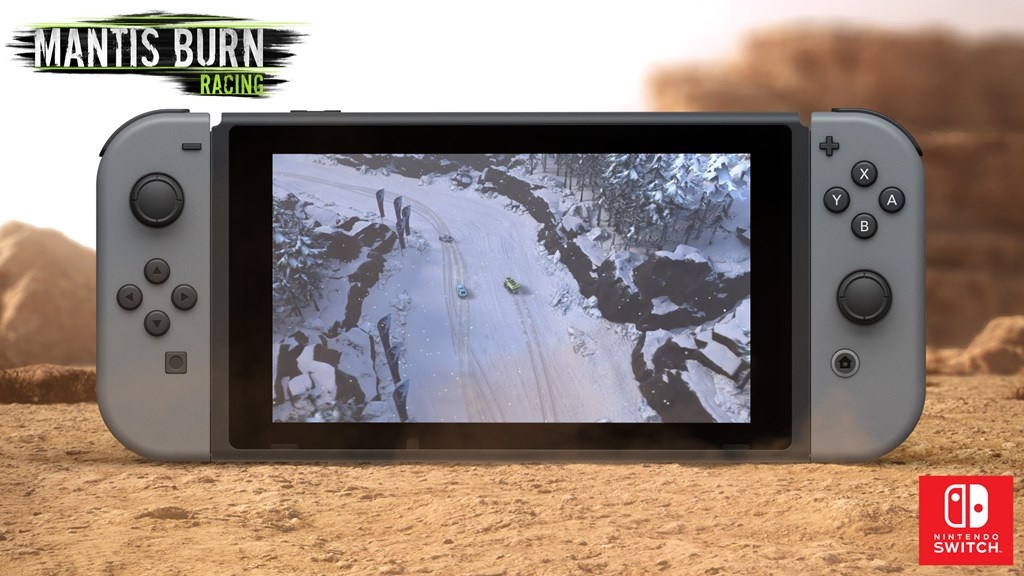 You’ve brought out a fair few expansions already, plus this latest port to the Switch, what is the next step for VooFoo with Mantis Burn Racing?

We have several unannounced plans that will see us supporting Mantis Burn Racing well into the coming year. As with all of our games, as long as fans keep playing the game, we’ll continue to support it.

Moving away from Mantis Burn Racing now, do you have any new projects in the pipeline?

Absolutely, we’re very excited about 2018 and look forward to announcing not one but two totally new projects later in the year. These are without a doubt the most ambitious VooFoo titles to date and will undoubtedly surprise our existing fans as well as hopefully create a whole bunch more.

And now just a couple more general questions to tie things up; firstly for people looking but are maybe too scared to venture into game development and start up a studio like you have, what advice can you offer? Are there any particular pieces of software you would recommend?

I guess VooFoo aren’t a typical indie studio as we have developed all of our technology in-house. That said, with the likes of Unity becoming so popular, it is probably as easy to get into game development as it’s ever been. If you’re seriously considering setting up a venture yourself my advice would be to keep things focussed and achievable. Obviously push yourselves but not to the point where your work becomes stretched or at worst, impossible to complete.

As mentioned above you’ve brought your game to the latest Nintendo console, but what do you believe the future holds for console gaming? Is PC the way forward or do you think consoles still have a place in the market?

As a console gamer myself, I believe they have a strong future, albeit possibly in a different guise than the current generation. I think it’s becoming obvious that digital content is growing in popularity and as super-fast internet and Cloud storage become the norm, physical copies of games could, at some point, become a thing of the past.

And finally for a bit of fun; if you could pick 3 video game characters to go out to dinner with, who would they be and why?

Hmm. I guess after spending 5 years working with him, I would have to say Fox McCloud. I’d also probably invite Gordon Freeman just to see if I could get anything out of him, and Lara Croft. Just because.

And there you have it, such a fantastic insight into VooFoo Studios and their latest game Mantis Burn Racing. If you want to discover more about VooFoo then check out the links below, and don’t forget to check out our related giveaway HERE.

VooFoo Studios Ltd is an independent UK based video games development studio, founded in 2007 by a small team of experienced industry professionals. Utilising its own proprietary cutting edge technology, VooFoo’s first game, the critically acclaimed Hustle Kings, was released for PlayStation 3 in 2009, reaching the top of the PSN charts and earning VooFoo nominations for two highly coveted Develop Awards. Building on this early success VooFoo have gone on to develop Hustle Kings on PlayStation Vita, Backgammon Blitz and the acclaimed ‘Pure’ series of games – Pure Chess, Pure Pool and Pure Hold’em – all of which have further established our reputation for developing visually stunning, commercially successful games. VooFoo’s first self-published game, the TIGA Games Industry Awards nominated, Mantis Burn Racing®, is available now on PlayStation®4, Xbox One, Nintendo Switch and Steam® (for Windows PC).