Modern Warfare isn’t necessarily the turning point (I’ve had some great times with some of the previous games in the series, especially Black Ops 4 and Infinite Warfare), but it’s definitely helped me clear my head.

Not only have I had a great time playing Modern Warfare on PS4, but I’ve also found myself entrenched in one of the best first-person shooter campaigns of this console generation, second only to Titanfall 2.

I don’t take this lightly. In fact, I’ve given all Call of Duty games a much rougher ride than other titles. The new Modern Warfare just makes me look like a tool, though.

Honestly, the campaign alone is worth the price of admission (it’s kicking around for approximately £30 these days). This sounds very dramatic, and a little overboard, I realise, but it’s just excellent.

I’m getting a little ahead of myself, how does the whole game stack-up as a 2019 release on consoles?

Straight out of the gates I found myself really impressed with the presentation of Modern Warfare.

Character models look great, maps and environments look awesome, and it really sets the tone for the type of mission you’re undertaking.

Darkness, night-vision goggles, the reflections of enemy eyes…… Rays of sunlight, explosions and dust. Particles flying around everywhere. It’s honestly a joy to behold, particularly in the campaign where there’s been a lot of thought put into the environments and the tasks at hand.

Watching the in-game clips was always a pleasure, too. Call of Duty is absolutely on-form here. The imperfections of faces/skin and the animations, all looking great.

So yeah, I’m a fan here. Despite the high-gloss finish, I never found myself struggling with framerate, everything played very consistently throughout. This is on a base PS4, nothing special at all.

With a legacy as long as Call of Duty, you have to expect that they have the weapon sounds, down to a tee. Guess what? Everything sounds great!

Stick some stereo headphones on and just drink it in. Explosions, gunshots, people talking and screaming. Having rockets and choppers fly past your head in a game of Ground War. It’s excellent.

The voice acting is decent too. Delivery from the main characters is really good. A real sense of urgency (or in the case of some quiet assaults, a sense of calm), a sense of sincerity and people genuinely meaning what they say.

I didn’t have high hopes for Call of Duty Modern Warfare if I’m honest. I expected it to be fun and probably look ok. I didn’t expect to be drawn into a story that’s well-acted and immersed into the world before me.

Directional audio is excellent. If you’re being shot, you usually know where from (although it’s likely too late, because the time to kill is super-short!).

Without sounding rude, I’ve not really noticed much of a soundtrack? That’s largely because I’ve been taken aback by everything else going on, and I’ve never come across anyone telling me that the new Call of Duty soundtrack is a classic.

Aside from the music in the menu’s, I can’t say that it’s particularly outstanding. But that’s fine, it isn’t a game about music. The in-game audio is about the environment and storytelling. That’s where it shines, and that’s all that matters.

I’ve waxed lyrical about it already, so I’ll keep it short.

This is a solid campaign with some excellent set-pieces, the use of modern military equipment (drones, tanks, airstrikes etc), a story with some nice turns, and plenty of time for exposition for some of the characters.

Everything is happening for a reason, and those reasons are made crystal clear, throughout. Understanding the motivations is the lynchpin of the whole thing, and this is handled excellently.

The Call of Duty Modern Warfare series has had repeating protagonists throughout. Captain John Price returns and delivers as always. A serious, thoughtful and sometimes funny guy. I have distant memories of playing the original Modern Warfare games and hearing the name “Price”, then joining him again out in the field, was great.

This isn’t a long campaign, but the levels aren’t so short as to be a waste of time. Playing through on “Hardened” difficulty, I found the AI adequately brutal and clever.

Some key moments for me, were early on when entering a house. Silencers on, and taking down terrorists floor by floor. Very cool, but then I was genuinely shaken by a guy that had run off, hidden under a bed, and killed me. I couldn’t see him, and then when I noticed him, the light of his eyes in my night vision goggles, it hit me.

Other than that, sniping, using the wind and distances marked on the scope. Fighting through a cave system on fire. Sneaking around to plant C-4 on helicopters in broad daylight.

If you’re on the fence about buying Call of Duty Modern Warfare and were perhaps put-off by the lack of story in Black Ops 4. Rest assured that this is the place to be. The best Call of Duty campaign I’ve ever played, and one of the best first-person shooter campaigns of this generation. Hands-down.

Let’s be honest. People buy Call of Duty for the multiplayer, don’t they?

I came hot off the back of playing Black Ops 4 for a good period of time, and the difference in gameplay was actually quite stark, to begin with. So much so, that I think a lot of players haven’t taken to the change too well (based on seeing many Reddit posts in the Black Ops subreddit).

You’re spoilt for choice with game modes from the get-go, and when I installed it, I have extra maps and modes to download and add (for free), too.

As I mentioned previously, the time to kill (TTK) is very very short. Almost to the point of being off-putting, initially. This isn’t Black Ops. There are no specialists, no special equipment.

You level-up, you earn equipment and level that up, and you earn everything. Without “special” moves, you’re always reliant on what you have to hand.

Building loadouts is pretty standard, but I do like the blueprints whereby you get special builds of specific weapons. I’ve been using “The Piercer” which is a blueprint of an MP7. This is significant because I’m not a high enough level to use the MP7 yet, but thanks to a story unlock, I can use this version of it anyway.

The pace of the game is a little different from Black Ops 4. It feels slower and more purposeful, but faster when it comes to kills/being killed.

Playing Modern Warfare online has been excellent (thank you, Infinity Ward, for the “mute all” button in lobbies!), and most specifically playing Ground War has given me something I didn’t realise I’d been missing.

Ground War is essentially the standard game type that you get in the Battlefield games. 5 points to capture and defend, massive maps, massive teams and vehicles to help you get the job done. Throw-in the Call of Duty gunplay, perks and killstreak systems, and you’ve got yourself a belter.

I’ve been hankering for some Battlefield 4-like action for a while (yes I know I could just buy BF4….), but the Battlefield series hasn’t been stellar as of late. Yet here we are with Call of Duty delivering that experience, and doing really well.

If the much anticipated, and well-rumoured Battle Royale mode is released, too. Then I’m done. There’s no hope for a lot of other online shooters for a good few months.

Modern Warfare has everything that I want and need. Some great maps (some not so….), rapid gunplay, constant levelling and unlocking of gear, the Battlefield experience. Everything is here, and I love it.

Don’t get me wrong, I see people trying to glitch, and I wonder at the legitimacy of some of the killcam stuff I see. Call of Duty will always be Call of Duty, and I’m not sure cheaters are particularly well handled. But that’s a minority of cases in my own personal experience.

I think it’s pretty obvious at this point. Call of Duty Modern Warfare has basically blown me away.

Solid story, solid audio and visuals. Multiplayer that fills a hole I had no idea needed filling, and updates coming thick and fast, for free.

Every single trophy/achievement is tied to the campaign, so I’m not reliant on an unlikely/un-realistic 50-kill streak with a knife, whilst my eyes are closed… Better still, it adds some serious replay value for me personally. I might not get that platinum, but it’s actually within reach, which is a nice change.

I can’t deny it any longer, I’m a Call of Duty fan.

There will be countless more hours thrown into Modern Warfare, I can guarantee that.

Call of Duty: Modern Warfare is developed by Infinity Ward and was initially released on 23 August 2019. The game is also available on Xbox One and PC as well as PS4. For even more game reviews, click right HERE.

Directional audio is excellent. If you're being shot, you usually know where from.

A solid campaign with some excellent set-pieces. 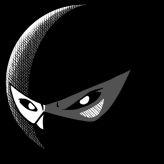